Once the new iPhone hits the shelves, Apple customers may have to throw out their old headphones. But in the long run, wireless headphones like AirPods could actually be better for the Earth. 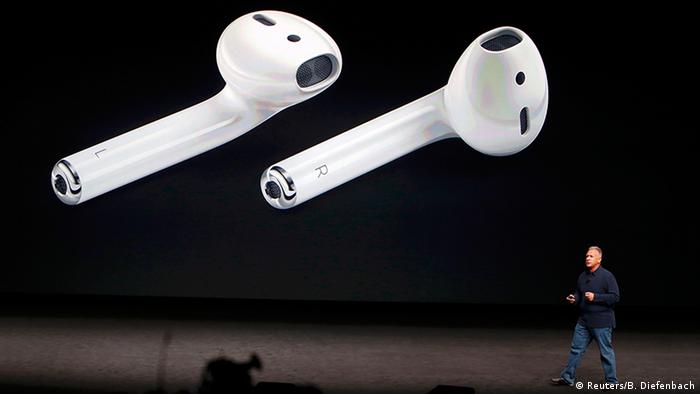 Apple likes to create a stir, especially at its yearly keynote in September when the American tech giant announces new products. The company certainly succeeded with this year's shocker: a new iPhone 7 that will have no headphone jack.

All previous versions of the iPhone, like almost all smart phones on the market today, have had a 3.5-millimeter jack compatible with any brand of headphones. The new iPhone is instead built to accommodate wireless headphones - which Apple believes is the way of the future.

Why did they do it? "Courage," explained Phil Schiller, Apple's senior vice president, to the keynote attendees. "The courage to move on, to do something new that betters all of us. It makes no sense to tether ourselves with cables to our mobile devices."

But others see a more cynical reasoning for the redesign. The wireless connection, unsurprisingly, will work only with Apple's new "AirPods." These wireless ear buds will set you back about $160 (143 euros), and do not come with the phone.

Critics complain that AirPods are an innovation nobody was asking for. So, is the redesign just another way for Apple to make its customers buy more accessories? And what does this mean, particularly for the Earth, in the context of rampant over-consumerism? 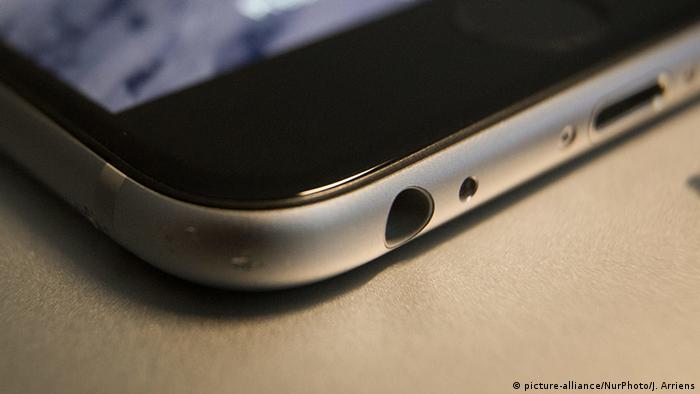 The new iPhone will lack a headphone jack

"Planned obsolescence," a term used for some time by economists, refers to the manufacturing of products that are intended to become inoperative or out-of-date within a fairly short period of time.

Over the years, people began noticing that their large appliances like washing machines and microwaves seemed to be less durable than they used to be. When it comes to smaller electronics, it seems impossible to own a phone for longer than a year before it becomes obsolete.

Phone providers have been working around this by promising their customers free new phones every two years. But environmentalists say this widespread practice is doing immense harm to the Earth.

Each year, more than 50 million metric tons of electronic waste or e-waste is generated worldwide. This includes not only old unwanted phones, but also old cables, connectors and headphones that have been rendered obsolete. All of these elements contain dangerous materials, and if they end up in landfill they can do serious damage.

In addition, producing such components involves extractive industries, like exploitation of fossil fuels for production of plastic, and mining for metals.

Headphones, as well as smart phones, contain the precious metal neodymium, for example. Mixing neodymium with other metals makes alloys that create powerful magnets, which are needed in microphones, loudspeakers and headphones.

Other elements in phones and phone accessories include gold in SIM cards, copper for cables and contacts on circuit boards, lithium for batteries, tantal for capacitors, and indium for displays. These substances can not only be dangerous in landfill, they were also very expensive and energy-intensive to mine. 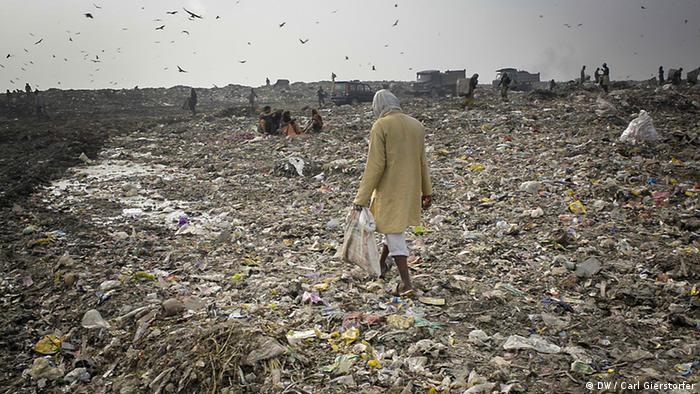 E-waste harms the Earth by wasting natural resources, and polluting the land and water

According to data from market research firm GFK, more 280 million headphones are sold each year worldwide. Most of these are going to end up in landfills, which is both posing a danger to the soil and wasting the precious neodymium within.

Apple, which was recognized as the world's greenest internet company by Greenpeace last year, is envisioning a world in which these millions of headphones worldwide are no longer needed. Few people today know where to recycle them, and there are very few firms specializing in the practice.

Urbanz, a UK-based headphones brand, is one of the few doing so. Since 2013, it has offered a program called RecycleYourHeadphones, where consumers can send in any pair of headphones - from any company - for safe, responsible, and free recycling.

James Ireland, marketing manager for the company, tells DW that headphones are frequently tossed out. "A lot of people will happily buy cheap headphones, and if they break after a couple months, they'll buy another pair," he says. "People are more prepared to spend less money more often than a greater amount in one go."

If people were prepared to spend more on headphones that last longer, this would result in less waste. 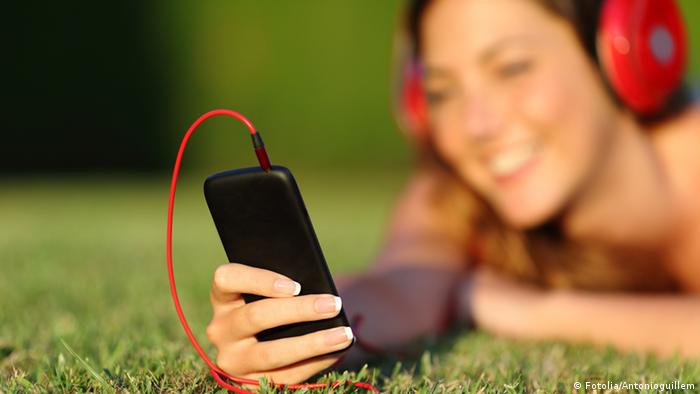 Headphones are rather fragile and are thus frequently thrown away

"The cable accounts for one-fifth of issues with broken headphones," says Ireland. A lot of people have issues with the jack that goes into the audio device, the volume controls and built-in microphones, he added.

"So in that respect, wireless headphones could reduce the amount of damaged goods," Ireland said.

On the other hand, wireless headphones may be harder to recycle, and ultimately do more damage at landfills because they have complex materials and contain batteries.

Apple did not return a request for comment, but the company has said that wireless headphones are the way of the future.

Whether or not this innovation is environmentally friendly may depend on the competence of customers. If they are frequently lost, these tiny AirPods could become an environmental nuisance.

But if the AirPods are safeguarded longer because they are more expensive, this could lessen environmental damage caused by the millions of headphones discarded around the globe.