After years in the lab, will meats derived from animal cells finally break into the mainstream consumer market? The products could have huge implications for the planet, human health and animal welfare. 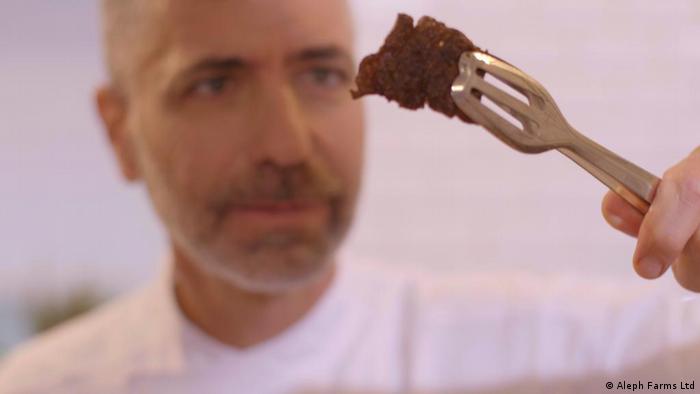 Lists outlining ways in which we can reduce our carbon footprint regularly encourage meatless Mondays or becoming a vegetarian. But these increasingly common lifestyle changes may soon disappear as lab-grown meats come closer to being available commercially.

In December, Israel-based Aleph Farms unveiled the first steak grown in a laboratory.

In producing the thin piece of steak, the company was able to surmount one of the major challenges faced by this young industry: growing a meat product in the lab that integrates both muscle and fat tissue.

"Meat is a complex tissue, not just a mass of cells," said Didier Toubia, co-founder and CEO of Aleph Farms. "It's various types of cells interacting together forming that very specific 3-dimensional structure."

In the US a few months earlier, the Food and Drug Administration and the Department of Agriculture announced that they would "jointly oversee the production of cell-cultured food products derived from livestock and poultry" — a signal that the commercialization of such meats may not be far off.

But realistically, how close are we to actually replacing our daily meat-based proteins with meat grown in a petri dish?

In vitro meat has been in the pipeline for years, since NASA began looking into growing seafood and meat back in the early 2000s. 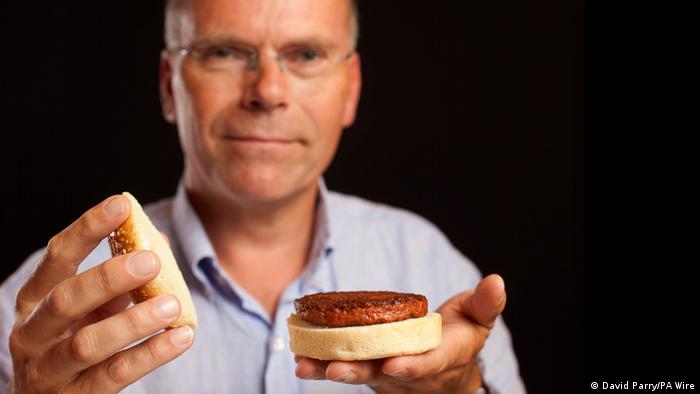 The first successful production, though, was a burger made in a Dutch lab at Maastricht University. The material was made from stem cells extracted from a cow's neck. Being the first to synthetically grow meat wasn't cheap, as the burger cost €250,000 (more than $300,000) to produce.

Today, at least half a dozen companies are working on a variety of "cultured" meats ranging from pork sausage to foie gras to chicken nuggets.

Benjamina Bollag, CEO and co-founder of one such company — Higher Steaks — predicts that most companies working in this space will be focused on perfecting the development of their products and lowering their price points this year.

"I think we'll see more people heading really towards small scale and maybe looking at one restaurant [to work with]," she told DW. "You'll otherwise see people starting to apply to regulation of their respective countries."

Better for the environment?

With global meat consumption projected to rise 70 percent in the next three decades, and with Earth's population expected to hit 9.6 billion by 2050, lab-grown meats could help offset the environmental costs. 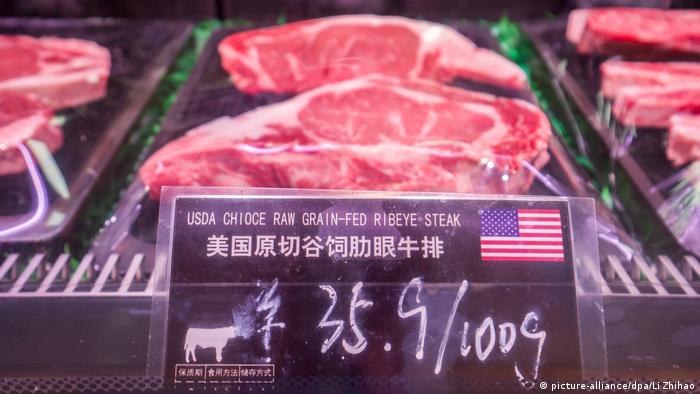 Meat consumption has increased in countries like China and India, adding to global demand

Livestock comprises 14.5 percent of all greenhouse gas emissions linked to human activity, according to the Food and Agriculture Organization of the United Nations (FAO). Beef represents the largest emitter in this sector. Livestock also occupies the majority of agricultural land, which it requires both for grazing and to grow the crops to use as feed.

Although growing meat in a lab is currently very energy-intensive, a World Economic Forum report released today suggests, "as production processes mature and production is scaled up, leveraging renewable energy sourcing and localizing production in cities (much like craft beer is today), the environmental benefits of lab-grown meat could be enhanced significantly."

Still, some are skeptical that it would actually reduce greenhouse gas emissions.

Carolyn Mattick, a Science and Technology Policy Fellow with the American Association for the Advancement of Science, says there's a great deal of uncertainty surrounding the environmental impacts of current and future manufacturing processes.

"Until high-quality, peer-reviewed life cycle analyses are performed on specific production practices, we really can't quantify the environmental impacts of cell-based products or determine the tradeoffs with respect to livestock rearing," she told DW. 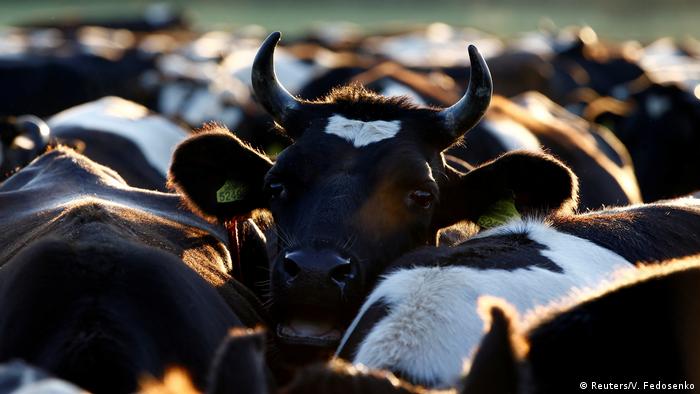 To produce 15 grams of protein from a cow, it requires 100 grams of vegetable protein to rear it

One major promise of lab grown meat is a reduction in the number of cases of meat-born illness like salmonella, E.Coli and mad cow disease.

When meat is grown in a lab, the risk for bacterial contamination is greatly, if not completely reduced.

Cell-based meat would also not require the use of antibiotics or hormones that industrial livestock producers currently depend on.

"We believe that is a very big deal," said Toubia. "Those are advantages which are not spoken about."

Beyond these concrete health benefits, companies may be able to adjust certain factors in the meat, such as overall salt content or the ratio of saturated and unsaturated fat.

"The aspect that is more dependent really on what the consumer wants is around making meat that's healthier," said Bollag. "So replacing fat, adding kinds of vitamins, you can add a lot of things. You can replace saturated fats with omega 3s."

The next disruptive industry

According to Toubia, the realistic texture and smell of Aleph Farms' steak is promising for the future of lab grown meat. This year they plan to work on increasing the size of the cuts, slightly improving the taste, and reducing costs.

"We still have at least two years of development until we reach a commercial product and then probably two more years to transfer it to production and to scale it up to larger quantities required for commercial activity," said Toubia.

That would make their product ready for the supermarket shelves by roughly 2022.

So while the prospects of lab-grown chicken breast and meatballs in your grocery store may be enticing, don't expect to be grilling a lab-grown strip steak on the grill just yet.

Humans just love beef and dairy products, which means we have a lot cows. Over a billion in fact. But their burps, farts and dung have an impact on the environment. (27.07.2017)

Sweden's recent revelation that Swedish meatballs actually have Turkish origins was news for many lovers of the iconic Swedish dish. What other nationally symbolic foods have suprising roots? DW offers you a sampling. (03.05.2018)

Living Planet: The rise of the McVegan

Meat from the petri dish