The founder of the whistleblowers' platform WikiLeaks, Julian Assange, has said he will soon leave the Ecuadorean Embassy in London. Assange has spent two years there seeking asylum. 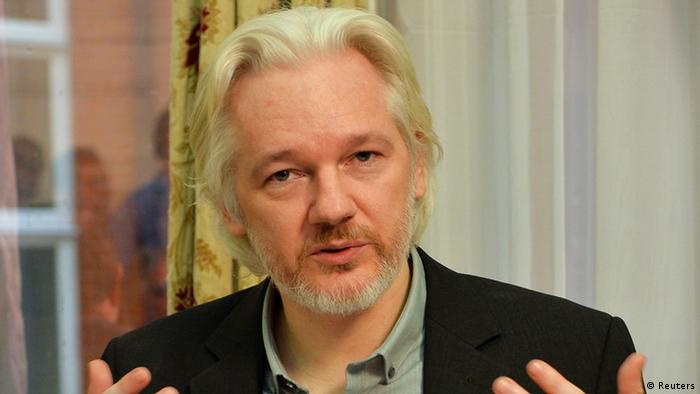 Assange said at a news conference on Monday that he would be leaving the embassy "soon," but did not give a date for his departure or reasons for his decision, nor did he say where he intended on going.

The 43-year-old Australian, who has been holed up in the embassy - a small ground floor apartment - for more than two years, has been reported by to be in ill health, with heart and lung problems and high blood pressure.

Assange confirmed his health had deteriorated. However, he declined to say whether this was the reason for his decision to leave the embassy, where he fled in June 2012 to escape extradition to Sweden, which wants him over sex crime allegations.

"I am leaving the embassy soon, but perhaps not for the reasons that media mogul Rupert Murdoch and his kind news service are saying at the moment," he said.

Over the course of the past two years, Assange would have faced immediate arrest had he left the embassy. British authorities would have likely extradited him to Sweden within ten days. It has been thought Sweden would then be likely to hand him over to the US justice system over the Wikileaks publication of sensitive and classified US military information.

Kristinn Hrafnsson, spokesperson for WikiLeaks, however, said Assange would not leave the embassy until a deal was struck with the British government:

"What Julian meant is that his plan is to leave as soon as the British government honours its commitment," he said after the press conference, as reported by AFP news agency.

Ecuadorean Foreign Minister Ricardo Patino, who appeared with Assange, gave assurances that the Australian would remain under Ecuador's protection.

Ecuador granted Assange asylum because he says he fears extradition to the United States over accusations of having jeopardized US national security interests through the sensitive information published by Wikileaks.

US authorities are investigating Wikileaks and links to Chelsea Manning, a US soldier sentenced last year to 35 years in prison after being convicted for leaking secret government documents.

International attention was focused on Wikileaks when it published US military and diplomatic documents leaked by Manning in 2010.