Contrary to oft-stated claims, the WikiLeaks cables show no huge credibility gap between official US policies and what diplomats write in confidential cables, say experts. That doesn’t hold true for some other countries. 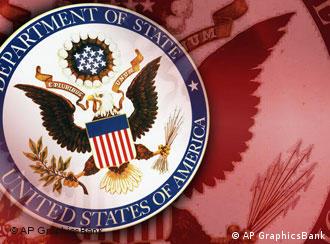 The charge that US foreign policy is hypocritical is all but new, but the WikiLeaks data release has added some additional fuel to it.

Just a few days ago, Libya's leader Muammar Gaddafi lauded the organization for exposing US "hypocrisy" through its diplomacy conducted behind closed doors, in comments published via the state news agency JANA. According to Gaddafi, the leaked cables "proved that America is not what it has led allies and friends to believe it to be" and that "US relations with its allies are hypocritical."

While there is certainly an expected discrepancy in the tone and style of these confidential reports and the language US diplomats use in public, the cables actually reveal that the US has been largely consistent with the overall messages and themes it conveys to its international partners in private and in public, argue scholars interviewed by Deutsche Welle.

"There's nothing in these cables that is different from what we actually know about US foreign policy without these cables," says Thomas Risse, director of the Center for Transnational Relations, Foreign and Security Policy at the Free University of Berlin.

"The whole approach by these people from WikiLeaks seems to be that there is a public side to US foreign policy and then there is this secret side and that there is some sort conspiracy involved in all this," he says. "And I don't see a huge mismatch actually between what the US says in public and what it does."

One of the dominant topics in these cables are US security interests and the fact that Washington considers transnational terrorism a major threat, adds Risse: "That is exactly what Barack Obama and Hillary Clinton would say every day."

The same is true for other top issues such as the Iranian nuclear program, the spread of nuclear and ballistic missiles and the stabilization of Afghanistan, says Dan Reiter, a professor of international relations at Emory University in Atlanta: "At the broadest level I think the cables reveal that the goals the US is engaging in private are essentially similar to the goals that it is espousing in public." 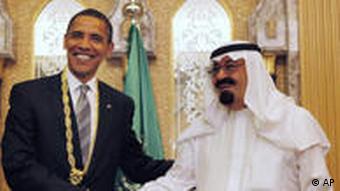 Asked whether the insights gained from reading the frank assessments of diplomats engaged in shaping and carrying out US foreign policy will alter their view of the US role or status in the world, Risse and Reiter both answer with a resounding no.

"The US is not an empire, there are very clear limits to US influence in the world," says Risse. "Of course the US is a superpower. It has interests in all corners of the world, it does try to influence other governments, but that's ok. There's nothing that would get me worked up about this at all."

The cables are "not terribly surprising," notes Reiter. "One doesn't get an image of the United States as this all-powerful puppet master trying to pull the strings of various governments around the world to serve its corporate interests. That's an image which does not emerge."

Instead, the cables paint a picture of the US acting as one would expect a major power to do so, adds Reiter. "I don't think that anything we see is terribly different from the way most states have conducted their foreign policy in the modern era."

What's more surprising to the analysts is the behavior of Arab countries that becomes evident in the cables. While the opposition of Arab states to Iran's nuclear program has been known in foreign policy circles for some time, the contrast between confidential assessments made in private and public statements is particularly stark.

"The level of hypocrisy that comes out of these cables is much higher for instance in the Middle East," says Risse. "It's very clear from these cables that most Arab states feel really threatened by Iranian nuclear power, however they would never say that in public. In fact, they say the opposite in public."

According to the cables, King Abdullah of Saudi Arabia and King Hamed ibn Isa Khalifa of Bahrain are among Arab leaders who pressed the US to attack Iran. King Abdullah repeatedly exhorted the United States to "cut off the head of the snake" and take military action against Tehran's nuclear facilities. 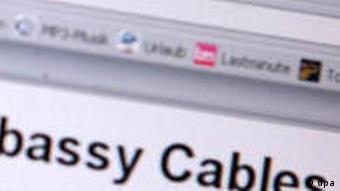 To evaluate the cables properly, scholars need more information about the documents

In contrast to that, conclude the experts, the general outlines of US foreign policy are pretty much in sync with what the WikiLeaks documents have revealed so far and they haven't unearthed anything entirely unexpected. Nevertheless, argues Risse, the document dump still poses a serious problem:

"If you look at these cables from the perspective of an academic or historian, the real big question is what is the sample,?" says Risse. "Is this a random selection, is this a selection that is representative of the whole or what exactly is it. We have absolutely no way to judge this."

Risse notes, that even if all 250,000 cables are published in the end, it is still not clear how large a sample this is, how relevant the cables are or were in the decision-making processes for US officials and what the criteria were to publish them.

Without those answers, many of which could be provided by WikiLeaks, a thorough assessment of the cables and its content won't be possible.

Now that Julian Assange has been arrested and speculation is flying about his possible extradition, readers have opened the floodgates and told us how they feel about the situation. (10.12.2010)