WikiLeaks' Assange claims he was spied on in Germany

According to German media reports, WikiLeaks founder Julian Assange has filed a criminal complaint with Germany’s Federal Prosecutor in Karlsruhe. He claims a US marine spied on him during a visit to Berlin in 2009. 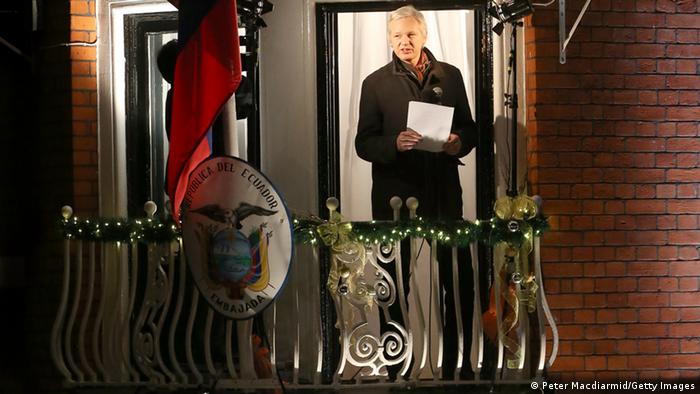 The Süddeutsche Zeitung newspaper and northern German public broadcaster NDR reported that Assange had filed the charges against an unnamed US soldier who had been stationed in Germany from 2006 to 2010.

In the 60-page document submitted to the office of the Federal Prosecutor in Karlsruhe Assange alleges the Marine spied on him during a conference of the Chaos Computer Club in Berlin in 2009, and subsequently submitted his observations in a classified report to US intelligence authorities.

The German media reports suggest that the US soldier was a witness for the prosecution in the trial against Private Chelsea Manning, previously known as Bradley Manning, who was found guilty by a military court in the United States earlier this year of leaking classified documents on operations in Iraq and Afghanistan to WikiLeaks for publication on the Internet.

Meanwhile, Julian Assange also filed charges with authorities at Sweden's Arlanda Airport on Tuesday, urging them to find out what happened to his suitcase that disappeared there in 2010 when Assange was travelling from Sweden to Germany.

The police border control division at Arlanda Airport opened an investigation as a matter of course after receiving the complaint Tuesday from Assange's lawyer.

The affidavit states the suitcase contained material on war crimes allegedly committed by US troops in Afghanistan.

The move came one day before the arrival of US President Barack Obama to Sweden and just ahead of the Toronto International Film Festival premiere later this week of "The Fifth Estate," a film which dramatizes the life of Julian Assange and the WikiLeaks scandal.

42-year-old Assange has been hiding in Ecuador's embassy in London for over a year now, avoiding extradition to Sweden on sexual assault charges. He is also running as candidate for parliament in Australia's upcoming general election.