Wife of Jamal Khashoggi speaks to DW | World| Breaking news and perspectives from around the globe | DW | 27.02.2021

El Atr told DW's Oliver Sallet that she was "devastated" about the revelations in the report, saying her husband was not dangerous enough that he needed to be trapped and murdered. "I'm sure if they know the truth about Jamal, and I'm allowed to say his message and his truth, they will really regret what they did to my husband," she added.

El Atr also thanked US President Joe Biden and Vice President Kamala Harris for holding the Saudi crown prince accountable for Khashoggi's death. "They kept their word for human rights, they emphasize, and they've been transparent and help the truth to come out, which has encouraged me now, because I'm free to talk now, because I didn't have this freedom for two years," she said.

Khashoggi's wife recently sought asylum in the US after having been released from house arrest in the United Arab Emirates. She said she had come forward now to "deliver" her husband's message. "It's not been delivered till now. It's been missed out in the middle of all of this polarization and the misuse of his tragedy," she said. 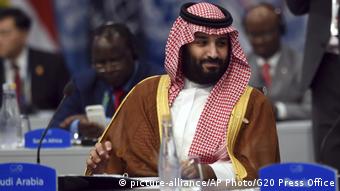 She also said she hoped Khashoggi's death would serve to spotlight human rights abuses against journalists in Saudi Arabia. "I hope everybody learns from Jamal's tragedy and to stop this acting, this crime against humans, against journalists," she said. "Journalists, they're doing their job to transfer the truth about people and to help people to get a better life."

El Atr married Khashoggi in a religious ceremony in Washington D.C. in June 2018, a few months before he was killed. The marriage was not officially registered and Khashoggi appears to have kept the relationship secret from his Turkish fiancée Hatice Cengiz.

El Atr says she is now trying to get the marriage certificate recognized in the US, though Cengiz has questioned her credibility.

The Washington Post, for whom Khashoggi worked, reported that El Atr had shown its reporters text messages between Khashoggi and El Atr as well as photos of the Islamic wedding ceremony.

Khashoggi was murdered in the Saudi consulate in Istanbul, Turkey, allegedly by a special commando unit sent from Riyadh. The Saudi government has denied its involvement in the killing, while five people have been sentenced to prison in a Saudi court for the murder.

This article has been corrected to clarify the relationship between Hanan El Atr and Jamal Khashoggi.