Why YouTube Red may have a tough time in Germany

Would you pay $10 a month for ad-free videos on YouTube? The video sharing giant believes some will, as it launches a new subscription plan in the US. Could YouTube Red affect ongoing legal disputes in Germany? 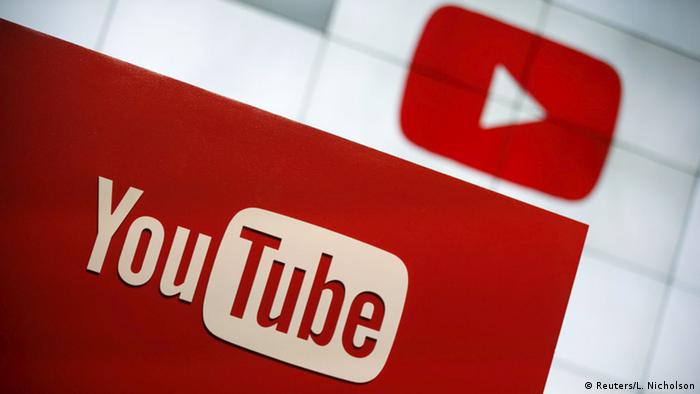 The new service would also allow users to download videos to their mobile devices and listen to music while using other apps.

One major challenge is to get people to pay for a service they long associated with being free, RBC Capital Markets analyst Mark Mahaney said in a speech on Wednesday (21.10.2015). Other streaming services such as Hulu, Pandora, Spotify, and TuneIn also currently offer an ad-free paid option.

Britta Lüerssen, head of Research and Development at the Bundesverband Musikindustrie, representing the music industry in Germany, doesn't see why YouTube's plan wouldn't be successful in the country: "It already works - with Deezer, Spotify and co," who also offer ad-free subscriptions, she told DW.

Yet Lüerssen explains that a large proportion of Germans still prefer physical formats to streaming. "But the digital realm is growing very well," she adds.

Some content will be specifically developed for the new service. For example, YouTube stars the Fine Brothers will create a series about a singing competition and video game-playing star Felix Kjellberg matched up with the makers of "The Walking Dead" to create a reality TV series called "Scare PewDiePie." Lilly Singh, aka Superwoman, is creating the movie "A Trip to Unicorn Island" with YouTube.

The subscription will also include access to another app which will be launched by YouTube later on this year, at an unspecified date. The new YouTube Music app will allow users to change the settings on music videos to play the audio only.

YouTube Red will be launched on Oct. 28 in the US and the two new services should be made available worldwide in 2016. Yet legal hurdles could complicate the platform's future plans in Germany. 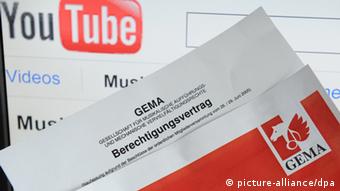 YouTube users in the country are used to seeing an error message appear when trying to watch music videos, although the message accusing GEMA, the German performance rights organization, for the video's unavailability was declared illegal in May 2015.

It remains to be seen how the ongoing legal dispute between the video sharing platform and GEMA will affect the establishment of a similar subscription plan in Germany.

"YouTube has not approached us yet on this issue," Franco Walther, spokesperson for GEMA, told DW.

On June 30, 2015, Google's subsidiary YouTube won a partial victory against GEMA in a state court in Munich, which ruled that the video platform could not be held liable for revenue losses. Three legal proceedings are still ongoing, according to GEMA.

Commenting on the new services on the website of the German magazine "GameStar," some users specifically wrote they would be ready to subscribe to the plan if it were to solve the legal problems with GEMA.

Asked if such a subscription plan could be done in Germany, Franco Walther added "Like all music streaming providers, YouTube can establish contracts with the copyright holders, and then there is basically nothing to be said against it."

During the launch event for the press, YouTube's chief business officer, Robert Kyncl, said the company plans to share the "vast majority" of the revenues with the original content creators but declined to go into details.

Taylor Swift with a twist

A pop song with a new look: 49 Australian design students have produced a video for Taylor Swift's mega-hit "Shake it off," featuring hand-drawn animation. (19.10.2015)

The world's top-earning YouTube stars 2015 (income in Million US-$)

The world of Twitch and streaming video games is predominently populated by men. Women, while not unwelcome, are still a rarity, with rarified experiences in the boys' club that is video gaming. (22.09.2015)