Why Mesut Özil has founded his own eSports team

After stepping down from international duty, Mesut Özil has devoted himself to a new venture. Together with eSportsReputation, Özil has founded #teamozil: an eSports team on the search for talent. A smart move. 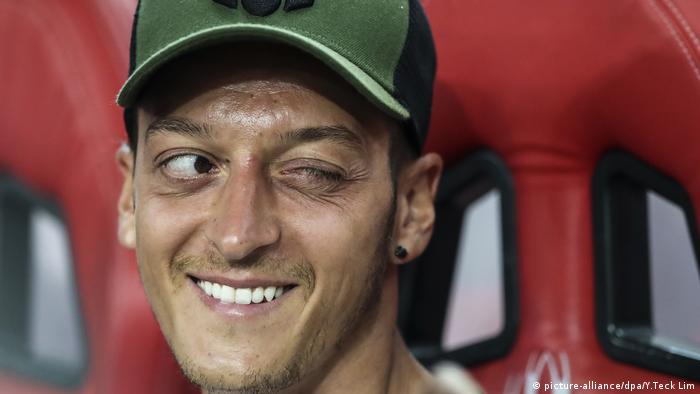 It is old PR wisdom. If the public is against you, change the topic to get them back onside. In the fast-paced media world, new stimuli and new news aren't just a currency, they're a calling card. A new project can help a tarnished image and give someone in the media spotlight some breathing room. Being associated with a positive, forward-thinking trend certainly doesn't do any harm.

Read more: How does the FIFA eWorld Cup compare to the real thing?

This won't be news to those advising Özil. His crushing resignation, subsequent criticism and the ensuing fallout with the DFB, the German star was under pressure and has acted accordingly.

Perfect timing off the pitch

Having announced his latest venture via Twitter, the Arsenal midfielder wants to scour the globe for talented players, who can be a part of the project that will carry his name: #teamozil. Along with agency eSportsReputation, Özil is looking to build a team that can jump on the progressive boom being seen in the eSports market.

Just like his actions on the pitch, his timing isn't bad. Not just because of the waves created by his recent public statements, but also because his announcement capitalized on the hype surrounding the FIFA eWorld Cup in London.

A win-win situation for Özil and eSport

Beyond carrying the brand name of football biggest video game, the virtual football World Cup was supported by world governing body FIFA as the tournament took on new life. 32 of the best FIFA players descended on England's capital in an events that was watched not just by the 16,000 fans inside the O2 Arena, but millions world wide.

Professional gamers like tournament winner Msdossary are starting to become stars in their own right. Their ability to amass a loyal following is just one of the reasons these new faces are at the forefront of the recent spike in popularity as they continue to pave the way for future generations.

However, there's no doubt that a big name like Özil's is only going to help the growing industry boom even more than it already has. 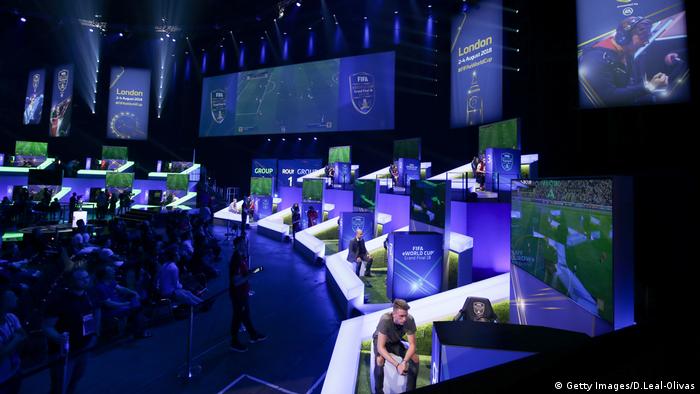 The FIFA eWorld Cup in London was a huge success with the winner walking away with a €215,000 prize pot.

Football clubs like Schalke, Roma and Paris-Saint Germain – to name but a few – have already caught on to eSports' potential, but Özil is the first individual to try and tap into the emerging market and with it, it's young audience.

The so-called "digital natives”, a generation who have grown up in the digital age, are consuming content in a very different manner which is why the ability to stream live virtual sports is such an attraction.

One of the most influential athletes in the world boasting over 72 million followers across all social platforms, Özil was already an ambassador for the FIFA eWorld Cup in London. The tournament benefited from his status, while he profited from a positive spin. A win-win situation for all involved.