Why hacking the US elections is extremely difficult | World | Breaking news and perspectives from around the globe | DW | 14.10.2016

The hacking into the Democratic Party’s server has sparked a debate about the security of the US voting system. But experts are less worried about hackers breaking into election systems than about a political issue. 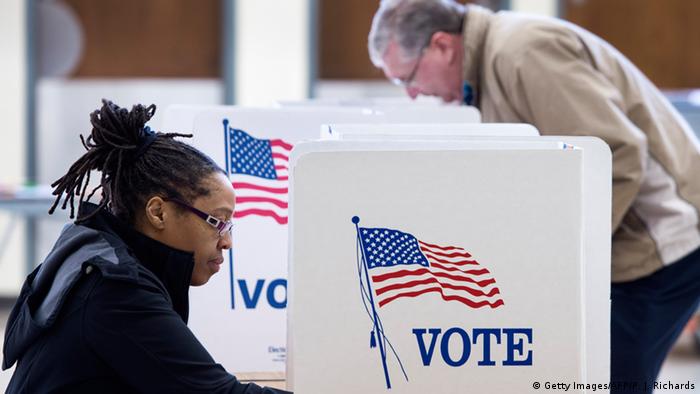 As if a presidential race unlike any other in recent memory, featuring the two most unpopular candidates ever, needed any additional suspense, it was amply provided by the fear that the election outcome could be altered by hackers.

After all, goes the reasoning, if hackers can break into the Democratic Party National Committee's (DNC) servers what's to say they can't do the same with the voting systems? That IT security experts and US authorities now suspect the Russian government to have had a hand in the DNC hack has not exactly alleviated those concerns.

But election systems experts argue that fears about a hacked election are disproportionate and often stem from a lack of knowledge about electoral procedures and systems. Hacking into the private email server of the DNC or a company like Sony is completely different from hacking the election systems, saidDavid Becker executive director of the Washington-based Center for Election Innovation and Research. Unlike those servers, where potential intruders face a single point of attack, US voting systems are not only highly decentralized, but none of them are networked or connected to the internet.

"In the United States we have nearly 10,000 different election jurisdictions and 50 different states, and the counties and towns are generally responsible for running the elections," said Becker. Making matters more difficult for potential hackers, he added, is the fact that dozens of different types of voting systems are being used across the US and that roughly 80 percent of Americans vote on paper ballots, not via electronic voting machines. 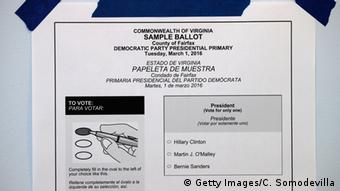 "So in order to hack the results of the election you would need a conspiracy of hundreds of thousands of people who are able to get physical access to the machines all over the United States," said Becker.

While breaking into election technology that is connected to the internet - like voter registration systems - is less difficult and has been done before, those systems have been hardened in response to the DNC hack, said Merle King, executive director of the Center for Election Systems at Kennesaw State University. What's more, the rationale for hacking into databases like voter registration systems is usually not political, but criminal, namely to get access to a large batch of personal information, he noted.

That's not to say that compromising the election systems should not be a concern or is impossible, rather that the systems currently in place are up to the task - even if some of them are old.

"The challenges for people that read stories about the ageing voting system is to understand that age doesn't equal obsolescence and that the functionality of the voting systems doesn't change over time," said King. "We still fly B52 bombers in our Air Force because they still get the mission done and they are economical to operate."

While the technology used in many of the voting machines is not state of the art anymore and could be updated, "it is good enough certainly for us to run a secure, effective election," concurred Becker.

That's why both experts are less worried about hacking into or malfunctioning of election technology than about negative implications of the debate about the safety of the election system. Especially remarks by Republican presidential candidate Trump that the election could be "rigged” could have an impact on the trust of voters in the system. 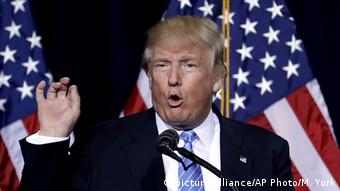 Donald Trump has said the election could be "rigged"

"I think there are legitimate concerns being raised that whoever is bringing up the concerns about rigging the election, their main goal is not to bring better security to the election, but rather to perhaps sow some confusion and lack of confidence in the process so maybe people won't show up to vote," said Becker.

Both experts said that they as well as election professionals from both parties across the US had full confidence in the election process.

Said Becker: "What voters in the United States need to know is that if they show up at the polls on November 8, their ballot will be counted correctly."