Why Germany's best photographers all studied with Bernd and Hilla Becher

Bernd and Hilla Becher used to be Germany's most recognized artists. Their images of industrial complexes shook up the art world. Their students knew they had big shoes to fill; their works are now on show in Frankfurt.

"Photographs Become Pictures" is the name of a new exhibition opening at Frankfurt's Städel Museum this week, highlighting the works of students of Bernd and Hilla Becher, who established the so-called Dusseldorf School of Photography.

Among those on show are Volker Döhne, Andreas Gursky, Candida Höfer, Axel Hütte, Tata Ronkholz, Thomas Ruff, Jörg Sasse, Thomas Struth and Petra Wunderlich. The one thing they all have in common is having studied under the Becher pair at the Dusseldorf Academy of Arts (Kunstakademie Düsseldorf). Hence the exhibit refers to them as the "Becher class."

The 'Becher' school of photography 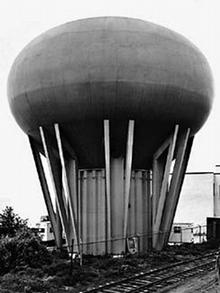 Water tower in Pittsburg by Bernd and Hilla Becher

Bernd and Hilla Becher achieved some milestones in the history of photography with their pictures. Their work spanned over half a century, often depicting buildings from half-timbered houses to industrial facilities.

Their black-and-white photographs of blast furnaces, coal bunkers, factory floors, gas tanks, silos and other complex industrial landscapes shot the married couple to international fame and catapulted photography as an art form to where it is today.

The exhibition at the Städel Museum in Frankfurt aims to provide an overview of the Becher students' work. Around 200 photographs are on show, mixing works of Becher protégés like Candida Höfer and Andreas Gursky, who have gone on to become celebrities of photography, with images by the likes of Jörg Sasse or Petra Wunderlich, who still need to be (re)discovered. 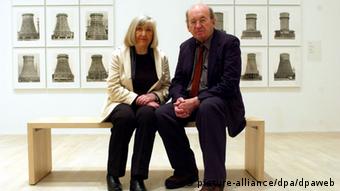 The exhibition also hopes to highlight what kind of influence the Becher duo had on their students' work, establishing similarities and contrasting differences between master and student.

"Photographs Become Pictures" also stresses the importance of the Dusseldorf School of Photography throughout, as well as the role it played in art history, especially with regard to its importance in the evolution of conceptual art and minimalism.

From prostitutes in Bangladesh to Libyan fighters: award-winning photos

The Sony World Photography Awards, the world's largest photography competition has selected 30 photographers for 2017. Two Germans, Sandra Hoyn and Peter Franck, are among the winners. (24.04.2017)