Why China is internationalizing its education system | Asia | An in-depth look at news from across the continent | DW | 17.09.2015

Why China is internationalizing its education system

China's education landscape has become increasingly internationalized over the past decade owing to a plethora of factors. DW speaks to China experts at MERICS about the driving forces and implications of this trend. 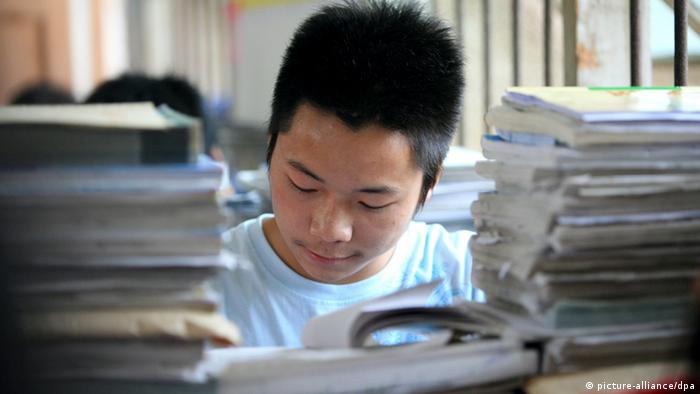 DW: What major factors are driving the internationalization of China's educational system?

Matthias Stepan and Simon Lang: A variety of actors in China are pushing for the internationalization of education, yet for different reasons.

For instance, individual students and their parents are increasingly discontent with the education system, its underlying philosophy and quality. So internationalization is considered a way to overcome these shortcomings.

And for education providers, the sheer size of the Chinese market and the opportunity to offer its services is reason enough to be drawn to China.

But what exactly are the reasons behind Chinese families' desire to provide their children with internationally-oriented education?

Parents want the best for their children. And achieving academic excellence and standing out from millions of others is crucial to be successful in China. 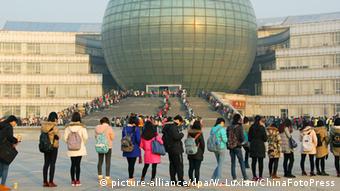 In this context, international experience is seen as an important way to distinguish oneself from the millions of students graduating in the country every year. For instance, in 2015, more than nine million students took part in China's higher education entrance examination.

How are educational institutions in China adapting to this trend?

They are seeking to cooperate with partners overseas. In 2015, almost 1,000 of these international cooperation programs can be found in the Chinese higher education landscape.

To which extent are foreign schools and universities increasingly looking to set up and expand their presence in China?

However, this also poses a risk to their reputation as these foreign institutions not only have to ensure educational standards on the mainland campuses but also take a decisive stance to protect Western standards of academic freedom.

How are German schools and universities taking part in this process?

German educational institutions are quite active in China. According to the German Rectors Conference, there are more than 1,000 partnerships between German and Chinese universities.

Yet, their approach towards education fundamentally differs from the Anglo-Saxon one. English-speaking countries treat education as a business model, while Germans see it as a public good.

German universities therefore have little financial incentive to expand in China. So the main reasons for engaging with Chinese partners are joint research interests, academic exchange and the recruitment of post-graduate students. 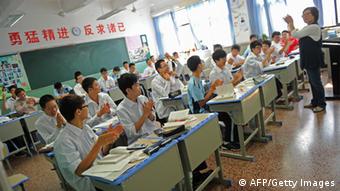 Efforts by German joint ventures and vocational schools in China have contributed largely to the internationalization of the landscape.

In order to support the teaching of the German language in China, the German government is backing a number of initiatives. One example is the "Schools: Partners for the Future" (PASCH) program which features more than 110 participating institutions in China.

What social impact could this have on Chinese society?

China is on its way to developing a system which offers top education to the richest members of society rather than the most talented. In order to prevent access to high-quality education from becoming solely dependent on a family's wealth or background, the Chinese government has to invest more in the public education system.

Matthias Stepan is Deputy Director of the Research Area on Politics, Society, Media, and Simon Lang is a Research Associate at the Berlin-based Mercator Institute for China Studies (MERICS).

China's education minister has called for strict adherence to communist ideology in university teaching. His remarks come after a number of academics have been dismissed or even imprisoned for their views. (30.01.2015)