Gerd Nefzer has created stunning visual material for many international blockbusters. The German special effects artist talked to DW about his work on "Blade Runner 2049," for which he received an Oscar.

DW: "Blade Runner 2049" is the sequel to Ridley Scott's cult science-fiction film from 1982. Was that a challenge for you?

Gerd Nefzer: The whole movie was a big challenge, but the main one was for a scene towards the end of the film that takes place in a stormy and misty ocean. We had to build a special pool in Hungary for that. We conceived a rain system, several wave machines and even water slides with tiltable, 2,500-liter water tanks to create the effect of waves collapsing over the actors.

The water had to be heated because Harrison Ford, understandably, didn't want work in cold water; you can't work in cold water for very long. And all of it had to be built in a very short time — in just 10 weeks. This short planning and preparation time was the main challenge. 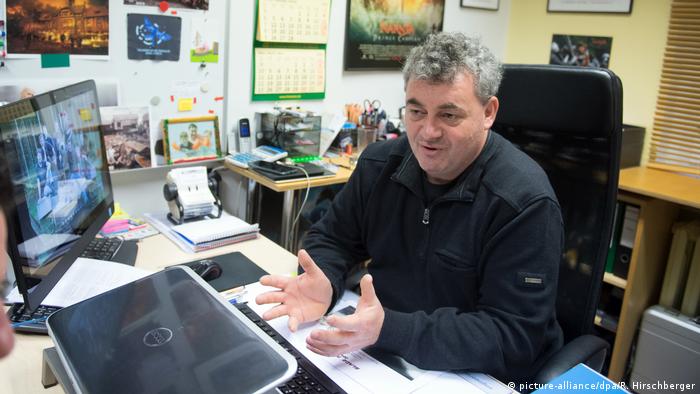 That was the scene where Harrison Ford sinks into the ocean with a bus...

Yes. The car sinking into the ocean was also a mechanical effect. We used an oversized roller coaster rail that led from the land over the harbor wall into the water. The bus was supposed to slide slowly into the water, turn 90 degrees and sink completely with Harrison Ford on board.

You overcame all the complications and got an Oscar nomination for the effort...

Everything worked as planned. The director, the cinematographer, the actors and the producers were all very pleased with the outcome, especially with the waves. Waves are extremely difficult to create. The pool was 50 by 50 meters in size and five meters deep. Within this short period, not only did we deal with the construction and the technology; we also had to carry out tests to produce optimal waves.

Why was it so important to create analog effects for "Blade Runner 2049"? Wouldn't it have been much easier to generate them digitally?

You can do lots of things with a computer nowadays, but it's not how the director Denis Villeneuve and the cinematographer Roger Deakins work. For them, it's important that actors are in a real environment and not just in front of a blue or green screen with splashes of water on their faces.

Harrison Ford really was inside the car and had to fight the waves. It is much easier for the actors to act when they are experiencing the scenes, and they actually prefer it. Imagine if I asked you to go into a green box and play tennis without a racket on a non-existing field...

Does the authenticity of analog effects still play a big role in filmmaking?

Of course! There are many movies that are almost entirely computer-generated, but we can also build a different reality. That was very important for the director. 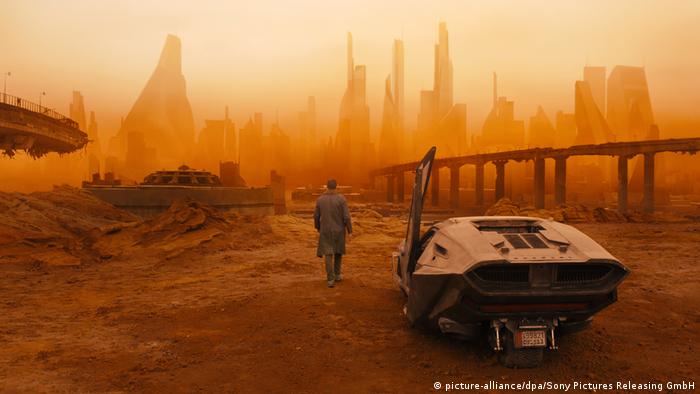 The surreal atmosphere of the original film inspired the sequel, "Blade Runner 2049"

Fog, rain, snow and storms are essential for the movie. How did you create that dark, apocalyptic atmosphere?

It was a collaborative effort of all the people responsible for lighting, camera and special effects. We can't prevent the sun from shining outside, but many scenes were shot in the studio where you can control such things and create rain and fog with special machines, but the scenes must look believable. Then they have to be filmed properly. If you create rain without lightning it properly, it will not look like rain. It's always a collaboration between different people.

Of course, many aspects of the movie were later edited and enhanced digitally. There's a technique called "set extension," through which buildings were added or snow landscapes were expanded, for instance.

How detailed were the director's weather depictions for each scene? Could you let your imagination run wild?

When we started shooting, we did not have to be very creative thanks to good planning. "Blade Runner 2049" is one of the first films to have a real weather schedule, a list of the weather that should prevail in each scene. So light, camera, atmosphere, fog, rain and snow tests were made in advance. The director and the cinematographer then checked them and corrected details.

When we were shooting, we knew which type of weather we wanted and how to make it. When you're shooting outside, however, certain elements, such as wind, can get in the way, so snow flies in a different direction. But you can't really go against nature. 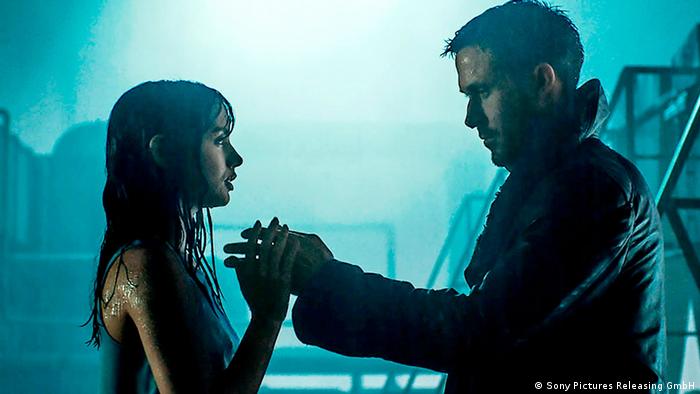 Specific weather conditions were planned for every scene: Ana de Armas and Ryan Gosling meeting in the rain

Your work on "Blade Runner 2049" has established your reputation as "the weatherman." Did you have to learn new things for the movie?

Not really, but I had to develop a lot of new things. Being "the weatherman" is only a part of my work. Many people think of special effects only in the terms of pyrotechnics: a "boom" here and a "bang" there. But the environment — the bad weather, the pollution, the cloudy, depressed mood — were really important for the movie. When you watch the original film, you can see it takes place only in rain and fog, and it was an important aspect for the sequel as well.

How big was your team?

When we were shooting in the pool, for instance, there were 50 or 60 people involved in special effects to operate all the systems and machines. But you also need many people for organization, planning and administration. When you're working on such an elaborate project, there is a huge apparatus behind it.

You have worked in the field of special effects for three decades. Do you work with international directors often?

Yes. For the past 15 years, we have worked regularly with international directors; we have many contacts in the US. But we started as a small company. My first film was a Bavarian TV series in Munich. In the beginning, we made our living by working on films for television. But then we became well-known and now we work on international projects, mainly from the US, the UK, France or India. We have a good name in the industry, but it's been a long and hard journey.

The interview with Gerd Nefzer was held in February, before Oscar night.