Why are Pakistanis keen to learn Chinese language? | Asia| An in-depth look at news from across the continent | DW | 21.11.2017

An increasing number of Pakistanis are learning the Chinese language, hoping to land a job in one of the multi-billion-dollar CPEC projects. Some experts see the trend as China's cultural onslaught on Pakistani society. 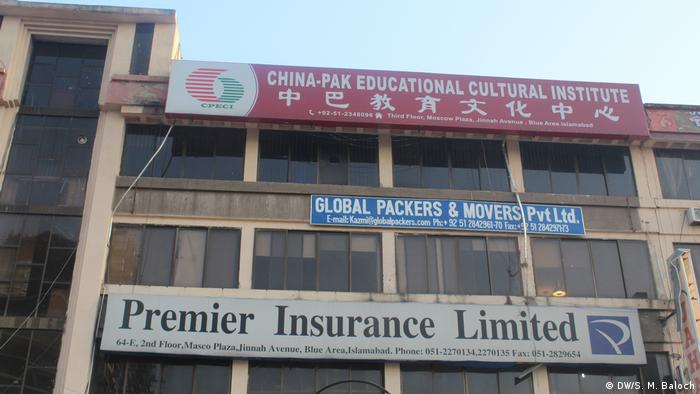 "In the past few years – mainly after the announcement of the China-Pakistan Economic Corridor (CPEC) project in 2015 – there has been an unprecedented surge in the number of students wanting to learn Chinese," said Misbah Rasheed, a Chinese language instructor at the Islamabad-based National University of Modern Languages (NUML).

"Prior to CPEC we had some 200 students learning Chinese. Now we have over 2,000 in our different programs," Rasheed told DW.

Rasheed said the university established a Chinese language department in the 1970s solely for the purpose of familiarizing Pakistani military officials with Chinese culture. Later, the department was opened to common citizens also. 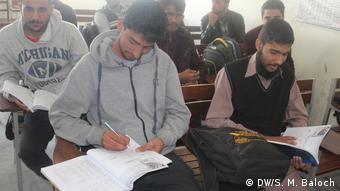 There has been a sudden interest in learning Chinese – mainly the most-spoken Mandarin variety in China – in the Islamic country. Experts say it is a result of the multibillion-dollar CPEC initiative, which is mainly a trade route, but will also generate jobs in Pakistan.

In 2015, China announced CPEC worth $46 billion (41 billion euros). With the project, Beijing aims to expand its influence in Pakistan and across Central and South Asia in order to counter US and Indian influence. CPEC also includes plans to create road, rail and oil pipeline links to improve connectivity between China and the Middle East.

As a result of an increasing demand for knowledge about China, many private institutions have also started offering Mandarin courses.

"We are offering diplomas for Chinese language programs. Our institute is working in collaboration with Chinese authorities. In the past few years, we have also offered scholarships to more than 1,000 students," Muhammad Haseeb, the project manager at Islamabad-based Confucius Institute, told DW.

"We have branches in the cities of Lahore, Karachi and Faisalabad. The project will help China and Pakistan overcome communication gap. It will also help our students to land jobs as interpreters and translators in various China-Pakistan joint projects," elaborated Haseeb.

Sana Bashir, who is studying Mandarin at Confucius Institute, says that after getting her diploma, she would like to go to China.

"I believe the promotion of Chinese language is a good move because it will increase employment opportunities for Pakistani students," she told DW.

Maria Akhtar, a NUML student, says she got motivated to learn Chinese while working as an intern at Huawei's Islamabad office.

For Pakistan, China has become more important than ever before, says development analyst Maqsood Ahmad Jan.

Some Pakistani experts even see a Chinese "cultural colonization" of the country.

"It is true that learning languages broadens our worldview. But China is also extending its cultural dominance through economic projects," Mir Muhammad Ali Talpur, a cultural analyst, told DW.

"It will have an impact on Pakistan's already diminishing languages. The economic activity will spread Chinese culture to our society. This will harm indigenous cultures," Talpur added.

Asim Sajjad Akhtar, a political analyst and columnist, concurs: "Our society has been greatly influenced by English culture. Now it will be influenced by Chinese culture and civilization. Chinese influence is visible not only on our culture but also on our economy and politics," Akhtar told DW.

"First introduce your culture, then language, and then invade domestic economy by increasing trade and commerce activities. Behind all this, China has an eye on Pakistan's untapped natural resources. China is also looking for new markets and trade routes," Dashti told DW.