Who wins, who loses?

The free trade agreement TTIP between the US and EU has entered a new round of negotiations. But no matter how long the process lasts, the winner of any deal has already been determined - as have the losers. 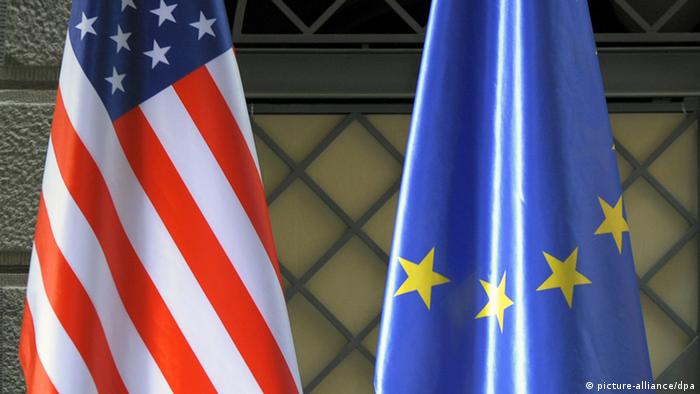 A striking smile painted on a black and white mask: The anti-ACTA movement ensured the mask of "Gunpowder Plot" icon Guy Fawkes was firmly established as an international symbol of protest and civil disobedience. It has been donned by people chanting in the streets against the banks' power and economic liberalization in general as well as against a multilateral trade agreement in particular or to put it as succinctly as possible: against ACTA – the Anti-Counterfeiting Trade Agreement. The protests went hand in hand with tent camps, barricades and unrest. The EU Commission denounced these activities as a campaign. Critics in turn attacked the information policy of the EU.

Less than two years on new and more complicated acronyms are making headlines but this time there are no widespread protests despite their potentially explosive ramifications. One is called TTIP, Transatlantic Trade and Investment Partnership, a free trade zone, that has been under negotiation by the US and Europe since the summer of 2013. Then there is TiSA or Trade in Services Agreement, which is the successor of GATS or General Agreement on Trade in Services by the World Trade Organization (WTO). 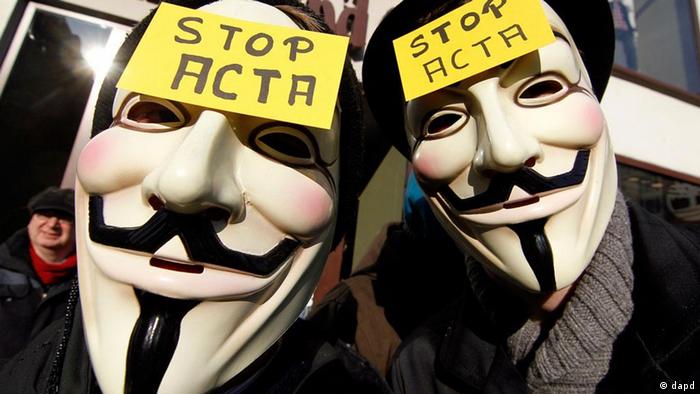 Critics say both deals will ultimately undermine current social standards. Roland Süss, trade expert of Attac, a network critical of globalization, stresses that "many standards, both environmental and social as well as other areas are in fact threatened" by this trade harmonization deal.

However, as yet it was not possible to pinpoint the actual text passage responsible for the controversy "because the negotiations are still being kept secret." Süss draws a comparison to ACTA: "In that instance talks initially were also being held behind closed doors. But after the information was made public many people who looked at the documents discovered numerous pitfalls." So it was important that these negotiations were "closely scrutinized by independent groups who are experts in their respective fields and are capable of assessing the potential risks."

Attac also criticizes that "lobby groups and corporations are far too involved in the negotiations" while "parliaments' are only granted piecemeal access to the relevant information." He is concerned that especially TiSa will result in lower social standards that will then be "forced on" other countries. "Only the major corporations stand to profit here. The people are more likely to lose out," says Süss.

The EU Commission firmly rejects the accusation of secret negotiations. Reinhard Hönighaus, who represents the European Commission in Berlin, says: "These negotiations are the most transparent we've had in trade talks so far. There are very detailed policy documents on the main negotiation topics that we Europeans want to push through with this agreement." These were rather detailed for various areas, such as the chemicals, textiles, pharmaceuticals and automotive sectors. "Of course we're not disclosing the individual negotiation texts and the talks are also not being held in front of cameras. If you display all your fallback positions and red lines right from the start, you might as well not negotiate."

Most agree that both treaties will alter the global trade balance. "The transatlantic free trade agreement ensures that the US and all EU member states will enjoy higher employment rates and improved gross domestic product (GDP) per capita," says Thies Petersen, globalization expert of the Bertelsmann Foundation. "The rest of the world will suffer disadvantages."

The Bertelsmann Foundation has carried out a survey that quantifies the economic implications of TTIP for individual nations. This was based on the statistical evaluation of the average growth and employment effects of the around 350 existing free trade agreements. Those who benefit the most: the US.

"Long-term GDP per capita will increase by about 14 percent [in the US]," says Petersen. Great Britain takes second place. The EU is set to gain 5 percent. Canada is the "big loser". "According to our calculations the long-term GDP per capita will decline by 9.5 percent there, in Australia by 7.4 percent, in Mexico by 7.2 percent" – that is, all the countries who currently have close bilateral relations with the U.S. and Europe. Canada can deal will this dip and the Latin-American and Asian states can form regional alliances - similar to Mercosur.

But it is a completely different setup for northern and western African nations: "This would eat away at their exports to the EU, and given their geographic situation, they're left without any alternatives," says Petersen, which means "that emerging and developing countries that don't have any social security systems will of course be faced with completely different adaptation costs than industrial nations." It remains to be seen whether the EU and US will voluntarily compensate for this disadvantage.

The EU Commission argues that certain values need to be upheld: "If we still believe that our values and standards should count and apply globally, we have to join ranks with the Americans," says Hönighaus, adding "they are the partner we share the most common ground with." It was not about creating a fortress or economic block: "The aim is the opposite – and I think we'll achieve exactly that."

Hundreds of thousands of Europeans successfully protested against ACTA online and on the streets. Now they may need to fend off a possible successor. (01.08.2012)