Who will sing for Germany at the Eurovision Song Contest?

"Our Song for Israel" is the national final that will select who will represent Germany at the Eurovision Song Contest 2019. Seven young acts are competing to perform at the popular event.

The selection process was complex. A jury of 100 members consisting of German musicians, journalists and fans as well as an additional international jury of 20 experts chose from almost 200 applicants, who in turn had to pass a pre-selection.

In further evaluation steps, the juries finally whittled down the now established group of seven applicants who will perform in the Eurovision national final to determine who will represent Germany in the Eurovision Song Contest (ESC) competition in Tel Aviv in May.

The young artists have worked intensively over the last weeks, among other things, by participating in a songwriting camp. There they had the opportunity to work together with national and international songwriters. In fact, four of the seven songs that we will hear on February 22 were created during the workshop and were co-written by the performing artists. The other songs were submitted by international composer teams and judged suitable by the juries. In addition to the competing artists' acts, fans can look forward to performances by Michael Schulte, who finished fourth at the ESC in Lisbon in 2018, and by Lena, the ESC winner of 2010. Udo Lindenberg, Andreas Bourani and the band Revolverheld will also perform.

Other countries are faster

At the moment, preliminary decisions are being made in the 42 participating countries — with various selection procedures.

Many of the possible candidates were the subject of heated discussions in ESC fan circles, such as Austrian applicant Hyäne Fischer, who controversially posed as an Eva Braun-lookalike and included various allusions to Nazi aesthetics in her music video. In the end, Austria decided to send singer Paenda into the race with electronic dance music.

Finland is sending its most famous DJ, Darude, to Tel Aviv. He celebrated a global techno hit with "Sandstorm" in 2000.

France will be represented by Bilal Hassani — a homosexual Youtuber of Moroccan origin, whose role model is the Austrian ESC winner Conchita Wurst.

This year Poland is focusing on folklore with its women's combo Tulia. Australia, Croatia, Slovenia and Greece have already made their decisions. 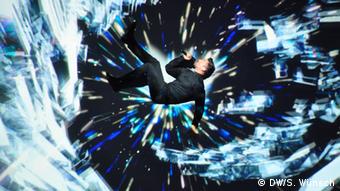 Russia is once again relying on a superstar: Sergey Lazarev narrowly took third place in Stockholm in 2016, so bets are being placed on him to bring home a Eurovision victory.

Host country Israel has also already decided on its candidate for the competition, with singer Kobi Marimi. He had prevailed in a TV casting show and convinced the jury with his velvety soul and crooner style.

The international preliminary decisions will continue until March 9, but it's already clear that a colorful, very mixed group of participants will end up in Tel Aviv.

Now it's up to German audiences and the juries to select the perfect candidate to represent the country.

The Eurovision Song Contest will be hosted for the third time in Israel this May. But as international artists call to boycott the event, 2018 contest winner Netta Barzilai says Eurovision is about participation. (07.02.2019)

Despite calls for boycotts, Israel's cultural center has been chosen to host next year's song contest. Tel Aviv was picked over the contested city of Jerusalem, which both Israelis and Palestinians claim as a capital. (13.09.2018)