The World Health Organization has been under pressure after nearly two dozen of its employees were accused of sexual abuse in the Democratic Republic of Congo. 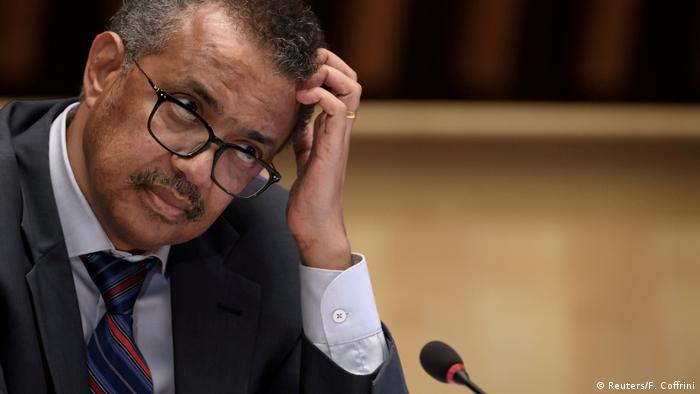 The World Health Organization (WHO) revealed on Friday part of its revamped policy to hold staff accountable as well as prevent cases of sexual abuse.

The UN agency has come under fire following the release of a report implicating some of its workers in sexual abuse cases in the Democratic Republic of Congo.

What do we know about WHO's plan?

The plan, shared with major donor countries on Thursday for their feedback, outlines immediate, medium, and longer-term actions to address "the failures identified in the independent commission report," according to a statement by the WHO.

It involves sending experts who are versed in both preventing sexual abuse and the culture of the country where they are being deployed.

Some of the countries where experts are going to be sent include Ethiopia, Nigeria, Somalia, South Sudan, Sudan and Venezuela.

"The expert will brief WHO employees and partners on how to prevent any inappropriate or abusive behavior," the statement said.

The plan also involves "reforming WHO's culture, structures, systems and capacity" to create a culture that doesn't tolerate any instances of sexual abuse, it added.

An expert on preventing sexual exploitation has already been deployed to the eastern province of North Kivu in the Democratic Republic of Congo, according to the agency.

The WHO said it is allocating around $15 million (Є12 million) a year for the plan.

What is WHO's sexual abuse scandal?

An independent report released last month accused at least 20 WHO workers of sexually exploiting women in the Democratic Republic of Congo during the country's Ebola epidemic between 2018 and 2020.

Following the release of the report, dozens of donor countries, including the US and European Union members, demanded full commitment from the WHO and its leadership on the subject.

WHO chief Tedros Adhanom Ghebreyesus said he was sorry about the cases and that his top priority was making sure that perpetrators were held to account.

So far, four people have lost their jobs over the scandal, while two others have been placed on administrative leave.