The UN health body has recategorized transgenderism, saying "evidence is now clear that it is not a mental disorder." WHO's international classification is used globally as a foundation to identify health trends. 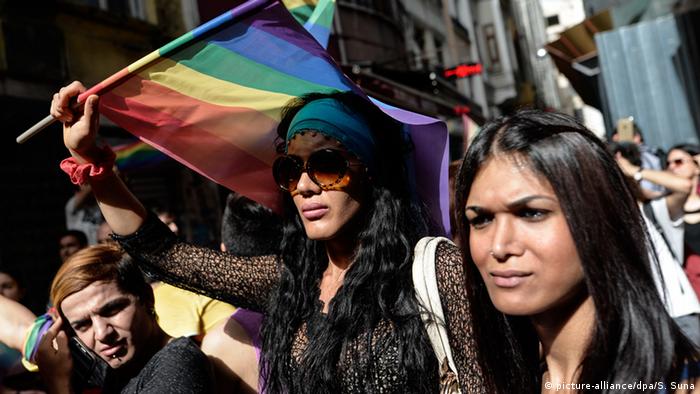 Transgender people should no longer be considered as suffering from mental illness, according to a new UN categorization.

The World Health Organization (WHO) issued a new online international classification of diseases on Monday, categorizing "gender incongruence" under "conditions related to sexual health," instead "mental, behavioral and neurodevelopmental disorders."

The UN health body said transgenderism "is characterized by a marked and persistent incongruence between an individual's experienced gender and the assigned sex."

"The individual experiences a strong desire to be treated (to live and be accepted) as a person of the experienced gender," it said.

However, WHO said transgenderism cannot be assigned prior to puberty and "gender variant behavior and preferences alone are not a basis for assigning the diagnosis."

The reason for the reclassification of transgenderism was that the "evidence is now clear that it is not a mental disorder, and indeed classifying it in this can cause enormous stigma for people who are transgender."

It added that the health care needs of transgender people can best be met under the new classification.

Transgender Europe, an advocacy group, called the reclassification "a historic achievement the global trans community has been fighting for over many years."

"It is hoped that this shift will continue to give access to gender-affirming care while also ending a long history of so-called ‘conversion therapies,' forced medicalization, forced hospitalization, and forced sterilization for trans and gender diverse people," the group said in a statement.

The International Classification of Diseases (ICD) is used worldwide and is considered the basis for identifying health trends and statistics. It contains nearly 55,000 codes to provide a common standard for injuries, diseases and causes of death.

ICD is more than an esoteric code system. It is also used by some countries to determine where to invest financial resources in health. In the United States, for example, ICD codes play a key role in health care billing.

WHO's latest catalogue also includes a new chapter on traditional medicine, which is used by millions of people in China and other parts of the world.  Gaming disorder has also been added to addictive disorders.

The new ICD will be submitted to the World Health Assembly in May 2019 for approval and will come into effect in January 2022.

In 1948, the ICD classified homosexuality as a mental disorder based on the assumption that sexual deviation from the norm reflected a personality disorder. Homosexuality was later removed from the ICD in the 1970s.

A federal judge has sided with a transgender Virginia student, who claimed that a school board violated his rights. The school was found to have stigmatized Gavin Grimm by banning him from using the boy's bathroom. (23.05.2018)

Pakistan's first transgender anchor: 'I struggled a lot to be accepted'

Marvia Malik is Pakistan's first transgender news presenter. In a DW interview, Malik says she had to work hard to break taboos and finally be accepted by a society that discriminates against transgender people. (28.03.2018)