After the murder of journalist Daphne Caruana Galizia, Malta has become a byword for violence and corruption. How can the small EU country improve its tarnished image?

The Maltese murder: How has corruption gone this far?

Speaking on DW's Conflict Zone, the new Foreign Minister of Malta, Evarist Bartolo, has acknowledged that the rule of law in his country is weak, and corruption is a problem. But he portrayed himself as someone who had spoken up against abuses, and said the new government is facing a "moment of truth."

Bartolo took up his new role in mid-January, after seven years as Minister of Education under former Prime Minister Joseph Muscat. When Conflict Zone's Tim Sebastian met Bartolo in Munich, they talked about the record of the previous government, Bartolo's role in it and the road ahead for Malta as it tries to rehabilitate its international image.

In January of this year, Muscat was forced to step down as prime minister after his former chief of staff, Keith Schembri and his former minister of tourism, Konrad Mizzi, were tied to the investigation into the murder of Daphne Caruana Galizia.

The journalist was an acerbic critic of the Muscat government, who through her blog, Running Commentary, reported on corruption within the Muscat circles. Mizzi and Schembri had been two of her main targets.

In October of 2017, Caruana Galizia was murdered by a bomb that had been placed in her car. Suspicion fell immediately on the government and Muscat's sphere of power. Last November, while still part of Muscat's cabinet,Bartolo accused the government of "protecting murderers."  Tim Sebastian asked Bartolo to clarify the accusation: "You know more. You talk about murderers being protected. I'm asking you very simply: Who's protecting them on Malta, who?" But Bartolo refused: "I cannot give you names." 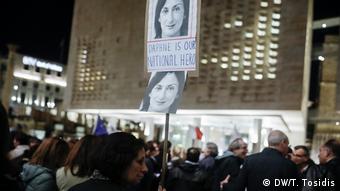 The shroud of suspicion has also been cast over Bartolo himself, who in the previous government tried to play the role of a moderating influence, contrasting his views to those of Muscat and his inner circle. Caruana Galizia had written about Bartolo's role in enabling what came to be understood as the rampant corruption in the previous government.

In December 2016, Caruana Galizia described Bartolo as a "snake in the grass" and wrote in her blog: "If Bartolo were decent and honest, would he have stuck with the Labor Party since the 1970s. Of course not, decent and honest people left in droves when they saw what was going on. And if he were decent would he have allowed himself to be part of Muscat's power hungry bandwagon because if I and others worked it out from the outside, he had to have known it from the inside that they were planning corrupt dealings."

Bartolo recognized his own ambiguous role in the Labour party and in his association with Muscat's cabinet, but explained this ambiguity as a matter of strategic necessity to maintain internal pressure. "In 2016 I had warned that there was a shadow government and a network of decision makers that were influencing what was happening," he said. "I made internal pressure and I didn't manage to get them out." 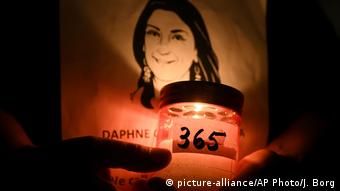 Memorial to Daphne Caruana Galizia, Valetta, Malta on 2018 anniversary of her death.

The scope of corruption and deception to which Bartolo alludes is extraordinary, particularly coming from a man who had a front-row seat from which to view the actions of Muscat and his circle of power: "There was a shadow government and a network of decision makers that were influencing what was happening."

At the center of the institutional failures of Malta, Bartolo places Economic Crimes Unit of the Maltese police force. This unit, which is the section of the police charged with investigating money laundering cases, has been systematically underfunded and understaffed. It has been deemed by both members of the Council of Europe and members of the Maltese financial authority itself to be unfit to face the risks facing the country. The allegation is that resources have been held back by the government and "corruption and crime are given free rein."

Bartolo points to a renewed political will on the part of the new administration to boost the resources for investigation and prosecution of economic misdeeds from which much of the corruption and political crime in Malta emanates. But given the fact that in the small island nation, as Bartolo himself admits, informal power dynamics based on the loyalty of clans, families and associations present formidable challenges to the rule of law, the first thing the government needs to attend to is the purging of its very own ranks and the atonement for the crimes for which the Labor party and its members have been willing and unwilling abettors.

Two years after the assassination of Daphne Caruana Galizia, Malta's political class have found themselves entangled in the murder investigation. DW sits down with her family and EU lawmakers in search of justice. (05.12.2019)

Israeli official: Hamas uses their civilians to defend their weapons 19.05.2021

Sri Lankan Foreign Secretary: No one cares more about human rights than us 05.05.2021

It promised reform but Zimbabwe's government has failed to calm international worries over corruption and human rights, while millions face poverty and a dire economy. Foreign Minister Sibusiso Moyo was on Conflict Zone.