Who is Nord Stream′s Matthias Warnig, Putin′s friend from East Germany? | Europe| News and current affairs from around the continent | DW | 25.01.2021

Alexei Navalny's investigative video about "Putin's Palace" has been viewed millions of times. It mentions many Russians — and one German. How is Matthias Warnig, a business manager and former Stasi agent, involved? 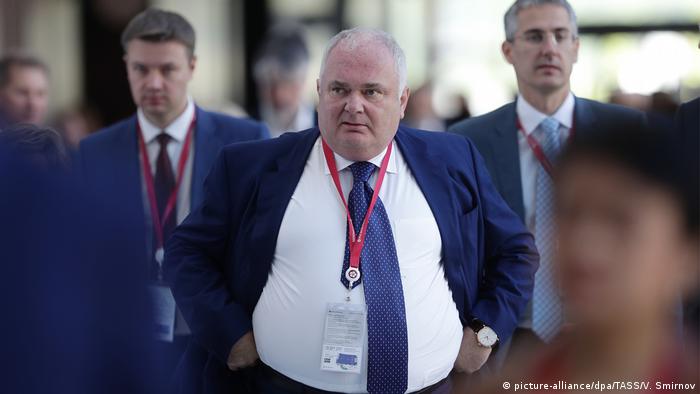 Matthias Warnig is, in various ways, an exceptional person. The 65-year-old is the oldest German friend of Russian President Vladimir Putin and the most active German in Russian business circles. He is a former Stasi agent who became a banker in the 1990s. Since then, he has sat on the supervisory boards of numerous German-Russian banks and companies.

He is currently the CEO of Nord Stream 2, and happens to play a part in the latest YouTube video by Alexei Navalny's Anti-Corruption Foundation (FBK), in which Russian opposition activists uncover an extensive network of corruption around the construction of a palatial estate for the Russian president on the Black Sea coast.

In the video, Navalny mentions Warnig when talking about an exchange of letters between Putin's ex-wife Lyudmila and a German friend of hers in the mid-1990s. One of the letters was sent from Warnig's fax machine. The Russian opposition leader, citing a DW article, says that Warnig gave financial assistance to Putin, a former KGB officer in Dresden, and his family. It's thought the two may have met through their respective secret services in the former East Germany, but the official line is that they only made contact later, in St. Petersburg, after both had changed profession.

Versailles on the Black Sea?

Meeting Putin 'not a problem'

Warnig likes to avoid publicity. He prefers to operate in the background. The Austrian newspaper Die Presse published an interview with him in 2018, in which he was asked how often he meets Putin. Warnig answered that the Russian president didn't have a mobile phone, before adding: "But if I want something and need to see him, we arrange it."

In the 20 years Putin has ruled Russia, Warnig has become the most influential German business manager in the Russian economy.

In Die Presse, Warnig said he had accepted these positions for two reasons, which were both coincidental and mutually dependent. "I accepted most of the seats on supervisory boards in 2012," he said. "Nord Stream 1 was completed in 2012, and my contract was about to run out. So I was open to taking on new assignments. At the same time there was a conflict between the then president, Dmitri Medvedev, and the government. Medvedev decreed that all ministers and senior civil servants had to give up their positions on supervisory boards. And then they needed people to fill these posts."

He dismissed speculation that, as Putin's confidant, he exercised a degree of control over the running of the business. "No, absolutely not. I'm not a Kremlin mouthpiece. And I don't report to the Kremlin, either, or have cozy chats about what goes on there." 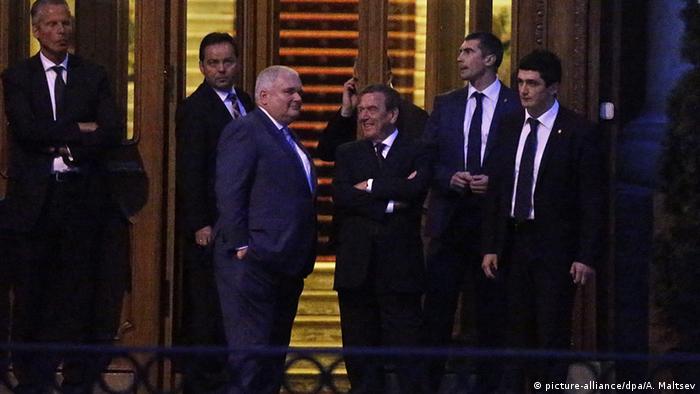 From Rosneft to Schalke 04

The list of Matthias Warnig's employers includes some of the biggest companies in Russia. He has sat on the supervisory board of the state oil companies Transneft and Rosneft since 2011. On the Rosneft board he works closely with Gerhard Schröder: The former German chancellor, also a friend of Putin, has been its chairman since 2017. Schröder, however, is not mentioned at all in Navalny's film.

Warnig is also on the supervisory board of Russia's VTB bank. And until 2015 he held the same position with the St. Petersburg bank Rossiya ["Russia"] – which, according to both Navalny's video exposé and various media reports, is linked to President Putin's inner circle.

From 2012 to 2018, Warnig headed the supervisory board of the aluminum manufacturer RUSAL, but he had to give up this position after US sanctions were imposed on the company. However, the German executive quickly found another — in his homeland. In 2019 he was given a seat on the supervisory board of German football club FC Schalke 04, whose main sponsor is the Russian energy company Gazprom. Some fans protested against his appointment. 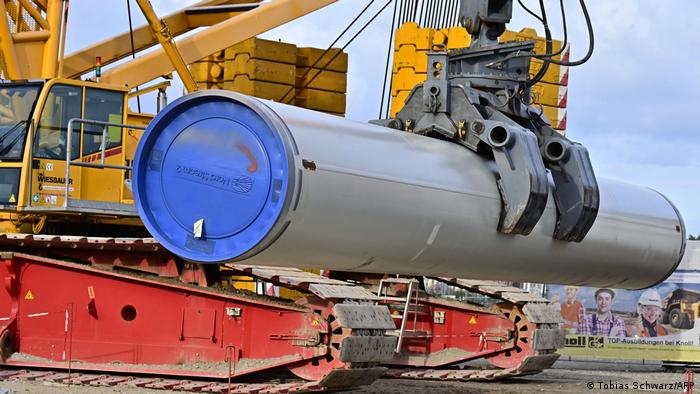 Germany is determined to go ahead with Nord Stream 2, despite objections from the EU and the US

Warnig's most important project at the moment is the construction of Nord Stream 2, a gas pipeline from Russia to Germany that is being laid along the floor of the Baltic Sea. Warnig is the managing director of the Swiss-based company Nord Stream 2, whose most important co-owner is Gazprom. Before this, for ten years, he ran the company's predecessor, Nord Stream, which laid the first twin pipeline across the Baltic Sea. Both projects should primarily benefit the eastern German states, which means that for Warnig they're close to home: He is originally from the state of Brandenburg, which surrounds Berlin.

It's an irony of fate that Warnig's most important project was endangered when the Russian opposition politician Alexei Navalny was brought to Germany for treatment. In August 2020, Navalny survived a near-fatal poisoning on Russian soil with the nerve agent Novichok. Calls for the Nord Stream 2 project, already under US sanctions, to be frozen or stopped altogethergrew increasingly loud. In view of the fact that Germany and Russia plan to continue with the controversial project despite this resistance, Warnig could be said to have successfully fulfilled his role as a lobbyist for Russia in Germany.

Adapted from the Russian into German by Markian Ostaptschuk