Who has the biggest Christmas tree 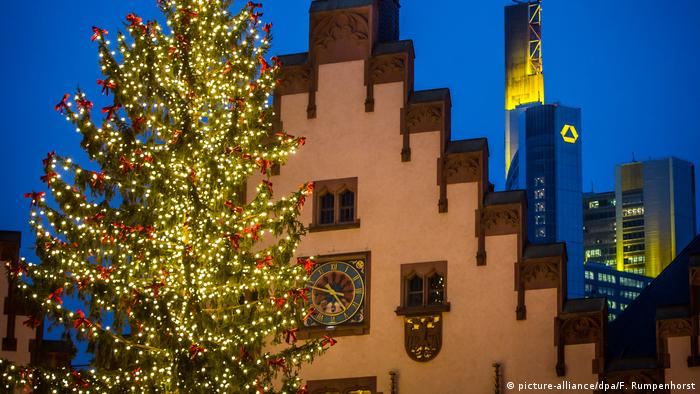 Frankfurt definitely has the highest office towers in Germany. As if that were not enough, the city on the Main River wants to claim the biggest Christmas tree in the country, too.

This year, the city's tree for the traditional Christmas market on Römerberg is a red spruce that's 33 meters (108 feet) high, 124 years old and weighs just under nine tons. The tree is a gift from Schmallenberg in Sauerland. 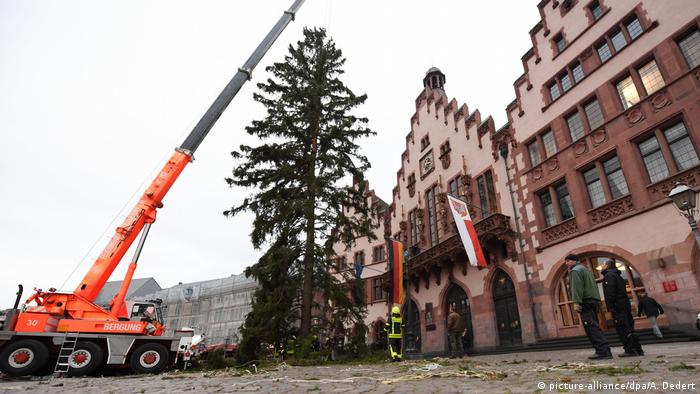 The 5,500 LED lights which will illuminate the spruce tree until Christmas were turned on November 27, on the opening day of the Frankfurt Christmas Market.

The Christmas tree competition between Frankfurt and Dortmund

Another contestant is in the running, however: the Christmas tree at Dortmund's Christmas market is 45 meters high. Smart idea: The tree is made of 1,700 spruces! Twenty huge candles and 48,000 lights shine over the Christmas market. The top is decorated with a four-meter-high angel. This year, the football club Borussia Dortmund won the German Cup last spring. The winners' cup also adorns the tree. 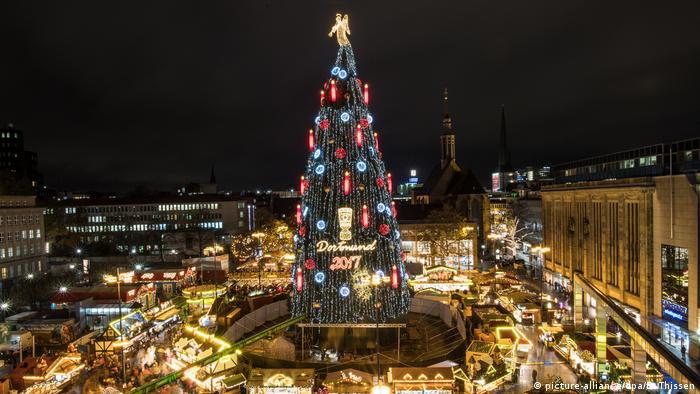 Cup instead of lametta: Christmas tree in Dortmund

Workers needed four weeks to assemble the red spruces. Despite their name, the spruces are green.