WHO fails to strike deal on sharing vaccines or data | World | Breaking news and perspectives from around the globe | DW | 17.05.2009

WHO fails to strike deal on sharing vaccines or data

The international community has failed to agree on a swine flu plan to share virus research information and stocks of vaccines in the event of a global pandemic. 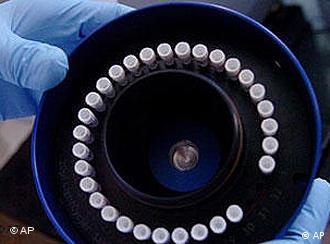 An intergovernmental World Health Organization meeting in Geneva, Switzerland, ended with a consensus on most issues, but left data-sharing between laboratories and intellectual property rights on viruses unresolved.

The WHO meeting had been planned for some time, but took on new urgency with the outbreak last month of the new AH1N1 strain of swine flu. Discussions on the subject began in 2007 following an outbreak of avian influenza in Asia.

At the time, Indonesia raised the issue of sharing vaccines between industrialized and developing countries, which do not have the means to produce enough doses in the event of a global pandemic. 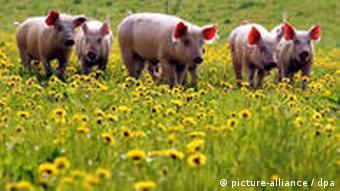 Swine flu is transmitted from pigs to people and vice versa

The World Health Organization now says that 38 countries have officially reported more than 8,400 cases of swine flu. It says 72 people have died from the disease, 66 of whom lived in Mexico.

Turkey and India reported their first cases of AH1N1 flu on Saturday, all involving air passengers arriving from the United States.

On Sunday, Japan's health ministry confirmed 16 more cases, raising the country's tally to 21. The ministry said the new cases are all teenagers from several high schools in the prefectures of Osaka and neighboring Hyogo.

China also confirmed a third case of swine flu in an 18-year-old student, who recently returned from the United States.

A leading German pharmacologist has said there is little evidence anti-viral drug Tamiflu could combat a possible swine flu pandemic. He says the drug's efficacy has so far only been proven in lab tests. (11.05.2009)

Swine flu continues to infect people, but public health officials agree the new strain of influenza is mild and does not, in its current form, represent risk on par with the Spanish flu, which left some 40 million dead. (05.05.2009)

Registration of H1N1 becomes mandatory in Germany amid new cases