WHO: air pollution linked to seven million deaths in 2012

Roughly seven million people have died from air pollution, a report by the World Health Organization says. The analysis linked dirty air not only to lung disease, but also to heart disease and cancer of the bladder. 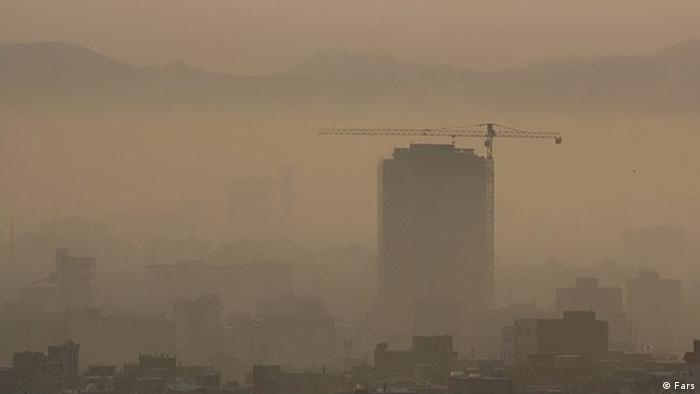 The United Nation's health agency raised its previous estimates of deaths caused by air pollution in a report released on Tuesday. According to the World Health Organization (WHO) one in eight deaths was caused by toxic air in 2012.

"The risks from air pollution are now far greater than previously thought or understood, particularly for heart disease and strokes," Maria Neira, the head of WHO's environmental and social public health department, said.

The authors defined air pollution as both indoor and outdoor. Women and children in developing countries had the greatest exposure to indoor pollution which was caused by stoves reliant on wood, coal or biomass for fuel. The analysis attributed roughly 4.3 million deaths to toxic air inside and slightly fewer - 3.7 million - to carcinogens inhaled outside. Because of the overlap in figures, the report's authors lowered the overall number of deaths to seven million.

The new figure was double that of previous estimates, in part due to better information about the health affects of pollution and improved detection methods.

"The evidence signals the need for concerted action to clean up the air we all breathe," Neira said.

Last year, the WHO's International Agency for Research on Cancer (IARC) called for air pollutants to be officially classified as carcinogens, as they contain cancer-causing substances.

According to Dr. Christopher Wild, director of the WHO's cancer agency, 70 percent of global cancer deaths are now in emerging markets in Africa, Asia, and the Americas. He tells DW what's behind the increase rates. (03.02.2014)

The number of cancer cases will rise by half by 2030, the World Health Organization (WHO) has warned. Developing countries are set to bear the brunt of the increase, with governments urged to take preventative action. (03.02.2014)