Urban air pollution is on the rise, and over 80 percent of city dwellers breathe poor quality air, the WHO has said in a new report. The situation is far worse in poorer regions of the world, including India and Iran. 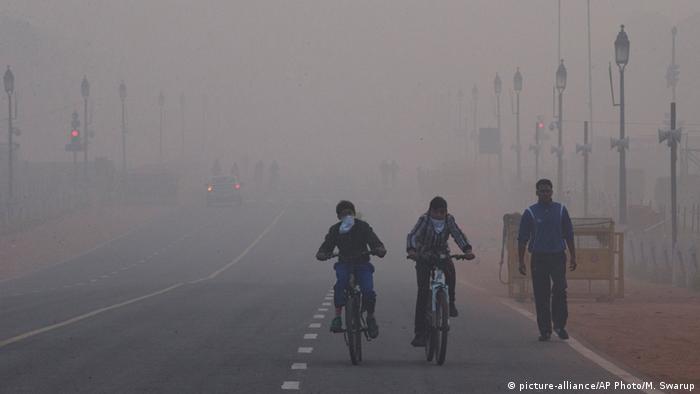 Outdoor air pollution causes over 3 million premature deaths per year, the World Health Organization (WHO) said in a report released on Thursday.

The citizens of low and middle-income countries are at particular risk as some 98 percent of their cities have air quality below UN standards.

"Air pollution is a major cause of disease and death," said WHO Assistant Director-General Dr. Flavia Bustreo, who is in charge of matters concerning family, women and children's health. "When dirty air blankets our cities the most vulnerable urban populations - the youngest, oldest and poorest - are the most impacted."

Poor quality air raises the risk of stroke, heart disease, lung cancer and chronic and acute respiratory diseases, including asthma, according to the WHO.

The new report uses data from 795 of world's cities in 67 countries, gathered between 2008 and 2013. The data shows that the pollution levels rose for 8 percent globally, although many rich countries have managed to improve their urban air quality during this period.

Even in rich countries, however, 56 percent of cities are over the established cleanliness standards.

According to the WHO data, the dirtiest air was recorded in the Iranian city of Zabol, which is often hit by dust storms during the summer. The next four cities were all in India: Gwalior, Allahabad, Patna and Raipur.

India's capital, New Delhi, was ranked ninth overall and the most polluted among selected mega-cities with population exceeding 14 million people. Egypt's Cairo placed second in this category, ahead of Bangladesh's capital, Dhaka.

At the same time, WHO praised India's government for creating a national plan to deal with the pollution problem, unlike many other countries.

'Unfair' to give rank

Lack of data meant that many mega-cities in Africa were not included in the WHO list.

"Probably some of the worst cities that are the most polluted ones in the world are not included in our list, just because they are so bad that they do not even have a good system of monitoring of air quality, so it's unfair to compare or give a rank," said Maria Neira, head of public health at the WHO.

While the pollution is still "wreaking havoc" on human health, more cities are starting to monitor their air quality, according to Neira.

Cities can get cleaner air by reducing the number of cars, improving energy efficiency when it comes to heating and cooling buildings, and better waste management, as many developing countries pollute the air by burning garbage, according to the WHO.