White House, US states strive to limit abortions at home and abroad

Washington watered down a UN resolution condemning rape as a tactic of war because it might have helped survivors terminate their pregnancies. It's just the most recent step the US has taken to limit access to abortions. 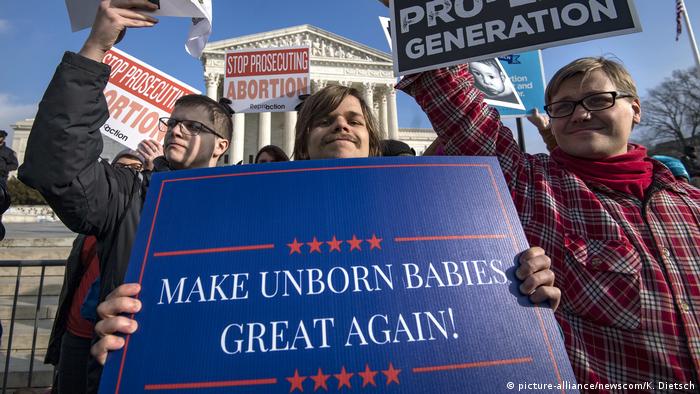 Resolutions that come to the floor of the UN Security Council in New York normally highlight the plight of those living in the world's least developed countries. But when the US mission took issue on Tuesday with a text condemning sexual violence in conflict zones over the mention of reproductive health services, the Trump administration's suppression of abortion, both at home and abroad, was thrown into sharper relief.

Washington wielded the threat of its UN veto power and negotiators acquiesced. The result was a watered-down resolution with no mention of sexual and reproductive health services for survivors of rape because the White House viewed these as a tacit endorsement of abortion. European diplomats shelved their diplomacy, with France's UN ambassador, Francois Delattre, deeming it "unacceptable and undermining the dignity of women."

Outside the green-marbled chamber, however, few were surprised. Critics of the US move pointed to a string of policy reversals driven by US Vice President Mike Pence, a conservative Christian staunchly opposed to abortion rights.

Most recently, the White House expanded the so-called Mexico City Policy, which requires foreign NGOs that receive US funding to certify that they do not provide abortions or give abortion advice. In doing so, Washington restricted an estimated $8.8 billion (€7.9 billion) in global health funding that also goes to fighting HIV/AIDS, tuberculosis, and supporting anti-malaria programs.

Read more: UN must do more to end rape in conflict zones

Roe v. Wade on the ropes

Meanwhile, in the United States, reproductive rights are on the ropes. "Roe v. Wade is in jeopardy," Elizabeth Nash told DW, referring to the 1973 Supreme Court ruling that women have a constitutional right to seek an abortion.. The policy expert at the Guttmacher Institute, a sexual and reproductive health non-profit that supports abortion rights, thinks, "There is the potential for the law to be undermined or overturned entirely."

Challenges to the law continue to come in thick and fast, and often at the state level. Texas debated a bill that would qualify abortion as murder; the state can apply the death penalty for homicide. Other states are considering banning abortions after the sixth week of pregnancy, which is often before women realize they are pregnant. Legislation outlawing six-week abortions has already passed in Kentucky, Mississippi, Ohio, and North Dakota, but has so far remained blocked from taking effect because it runs counter to Roe v. Wade. 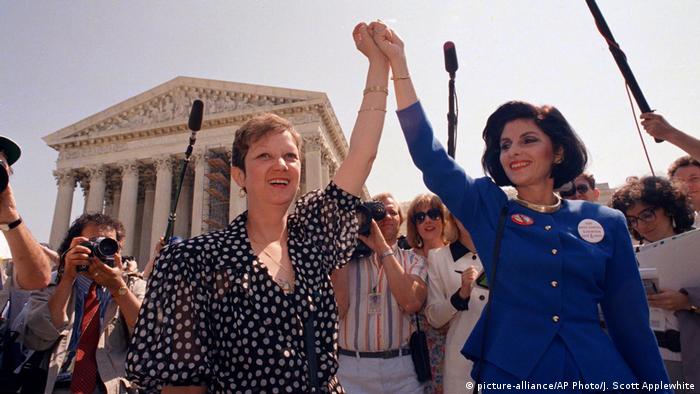 Norma McCorvey (L) was known by the pseudonym 'Jane Roe' in the 1973 Supreme Court case that gave women the right to seek an abortion in the US. Her case was argued by lawyer Gloria Allred (R).

Louisiana has also passed similar laws, drawing the line at 15 weeks. The number of abortion clinics in the southern state has dwindled from seven in 2010 to the current three, which operate under increasingly tense conditions.

"We routinely have protesters outside our clinic," said Kathleen Pittman, clinic administrator at the Hope Medical Group in Shreveport, Louisiana. "The protesters have become louder and their verbal attacks more personal. Louisiana currently has a 24 hour waiting period, which means women are subjected to this harassment twice." 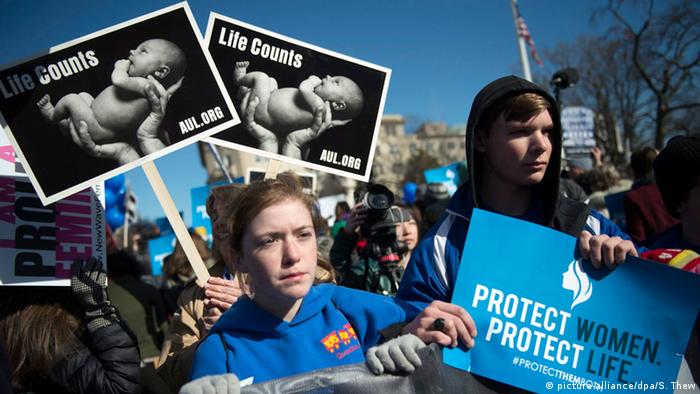 In 2019, three US states passed laws to ban abortions after the sixth week of pregnancy

Pittman said she is concerned that further restrictions — which could lead women to travel out of state to seek an abortion — could end up harming the most vulnerable women in her community.

"The poorest women suffer," she told DW. "They are not able to seek professional help due to financial constraints and are more likely to attempt self-managed abortion," or backstreet abortions, which account for up to 11 percent of global maternal deaths.

The prospect of overturning the case at the federal level is possible in light of Donald Trump's controversial appointment of conservative justice Brett Kavanaugh to the bench, which tipped the Supreme Court's balance to the right and emboldened anti-abortion activists. 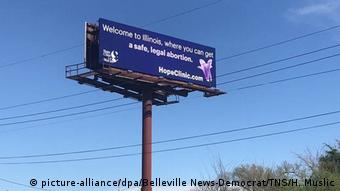 The Midwest state of Illinois has progressive abortion laws

But just as these activists have been reinvigorated by Trump, Pence, and Kavanaugh, so, too, have pro-choice activists. The states of New York, Vermont and Virginia have introduced laws to protect women's rights to seek abortions. Democrats in Illinois introduced legislation that would expand access to abortion services.

Nevertheless, individuals tracking efforts in the United States to limit abortion appear grim-faced as to what lies ahead.

"We've seen an unprecedented level of action on these near-total abortion bans and we're going to see more," Nash said. "This isn't ebbing."

Can digital technology help tackle the taboos around sexual education? Midwife Fatimata Yakubu is on a mission to reduce deaths in childbirth and improve female sexual health using virtual platforms. (27.11.2018)

The court ruled against the country's abortion law, though it is allowed to stay in place until the end of the year. Under the current law, both the doctor and the woman can be sentenced to time in prison. (11.04.2019)