The White House spokesman has dismissed concerns over Congressional hearings on Russian influence. Instead, he blamed former Secretary Clinton for making concessions to Moscow, and hinted at a new Syria policy. 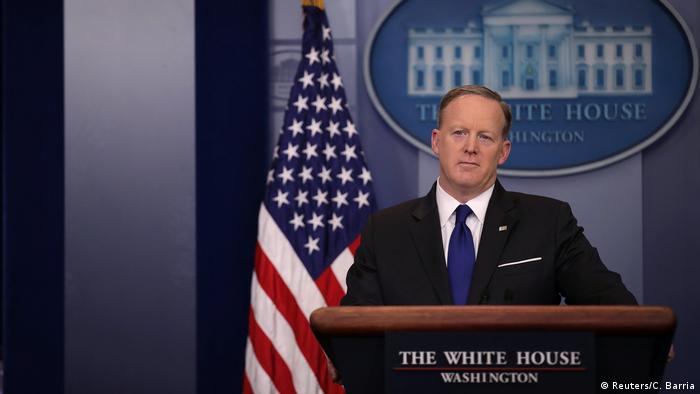 The White House said on Friday that it was not concerned about disgraced former National Security Advisor Michael Flynn offering to testify before Congress on Russia meddling in the US election. A lawyer for the retired general had said Flynn would do so if he could be promised immunity from prosecution.

President Trump later backed Flynn's claim for immunity via Twitter, saying, "Mike Flynn should ask for immunity in that this is a witch hunt (excuse for big election loss), by media and Dems, of historic proportion!"

However, there were reports the Senate Intelligence Committee had decided not to accept Flynn's offer to testify at this time and that it was premature to make a decision on immunity.

On February 13, Flynn made history by stepping down after only 24 days at his post, following revelations that he had dubious conversations with Russian officials after President Trump was elected.

Press Secretary Sean Spicer said that Trump wanted to "get this matter behind us." He added that "the president is very clear that he wants Mike Flynn to go and be completely open and transparent with the committee."

However, Spicer was repeatedly challenged by reporters on whether or not other senior officials in the Trump administration or his election campaign team had colluded with Russia, particularly in relation to the 2016 presidential race - a matter currently being investigated by Congress.

Instead of answering, Spicer changed the subject to Trump's former rival Hillary Clinton, saying she had made "concession after concession" to Moscow. Without elaborating on what these concessions were, the White House spokesman said that her policies as secretary of state were to blame for a resurgent Russia.

U-turn on Assad's removal in Syria?

Spicer was later pressed on an apparent change of course from the Trump administration with regard to Syria. After six years of Washington insisting that peace in Syria could not come without President Bashar al-Assad being removed from power, on Thursday it appeared that the US had backed off from that position.

First, Secretary of State Rex Tillerson said during a press conference in Turkey that the "longer-term status of President Assad will be decided by the Syrian people" and later in the day, US envoy to the United Nations Nikki Haley reiterated this position by saying "our priority is no longer to sit and focus on getting Assad out."

Spicer confirmed that this was the new policy during Friday's briefing. He said that Washington had to accept "reality" and focus on fighting "Islamic State" (IS) terrorists. 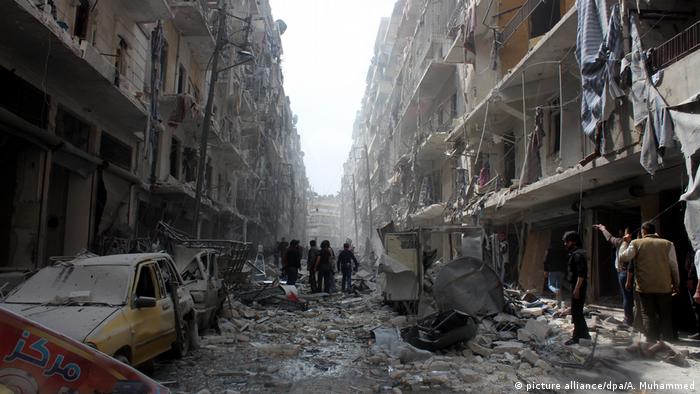 Wreckage left after an airstrike in Aleppo, Syria

There is a "need to de-escalate violence and have a political process where Syrians will decide their own future," the president's spokesman said.

Without giving any details, Spicer said that the new government had "opportunity and options" with regard to Syria that had been unavailable to former President Barack Obama.

The press secretary was also asked to give a clear answer on President Trump's accusation that Obama had his home wiretapped after the election, a claim decried as ludicrous by liberal and conservative political figures alike.

After weeks of sidestepping the issue, Spicer said definitively that the White House had no evidence for these allegations. Trump "doesn't really think" that his predecessor "personally" surveilled him, according to Spicer.

US President Donald Trump leveled accusations of espionage against his predecessor, Barack Obama. The allegations came after a series of leaks against Trump's administration, revealing contacts with Russia. (04.03.2017)