Brazil's Supreme Court has approved an investigation into whether President Bolsonaro meddled with federal police to protect allies. The results could trigger a dramatic chain of events that hinge largely on one person. 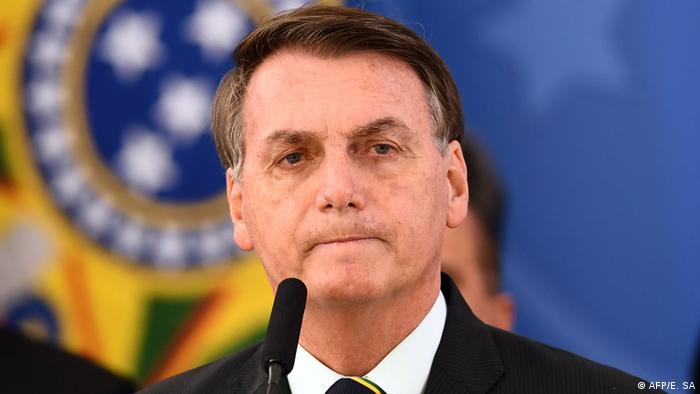 The Supreme Court on Monday authorized an investigation of claims that Bolsonaro interfered with federal law enforcement. Former Justice Minister Sergio Moro, a highly popular politician, made the bombshell accusation during his resignation speech Friday, the same day Bolsonaro announced he had fired the federal police chief.

"I told the president that [changing the police chief] would be political interference. He said that it would be, too," Moro said.

Moro alleges that Bolsonaro wanted to replace the police head with someone who would give him access to information and reports and would shield his relatives and allies from investigations.

On Tuesday the president tried to name a family friend to head the police, but a Supreme Court justice halted the nomination the next day.

From investigation to charges to trial?

Authorities will now look into whether Bolsonaro obstructed justice and meddled with federal police work, among other crimes.

Meanwhile, if Moro doesn't show proof of Bolsonaro's alleged interference, he could be charged for making a false accusation. He could also be charged for not doing his obligation as justice minister and failing to report Bolsonaro's possible crimes when he knew about them.

A key figure in the proceedings is Augusto Aras, the attorney general. According to the Brazilian Constitution, the attorney general is the only person who can press charges against the president for a common crime, which under Brazilian law doesn't require either legal party to have any specific characteristics. In contrast, a crime of responsibility requires the alleged perpetrator to be a public official.

If after the investigation Aras does press common crime charges, approval by two thirds of the lower house of Congress — at least 342 of the 513 deputies — would be needed to open a criminal trial before the Supreme Court. Without approval, the issue would be archived.

In a Supreme Court trial, Bolsonaro would become the defendant and would have to give up office for 180 days.

However, Bolsonaro could also be charged with a crime of responsibility, the Brazilian equivalent of high crimes and misdemeanors associated with the presidential office. Any Brazilian citizen can accuse the president of this crime. If the lower house accepts an accusation and a two-thirds majority votes to pass it on, Bolsonaro would face impeachment proceedings in the Senate. 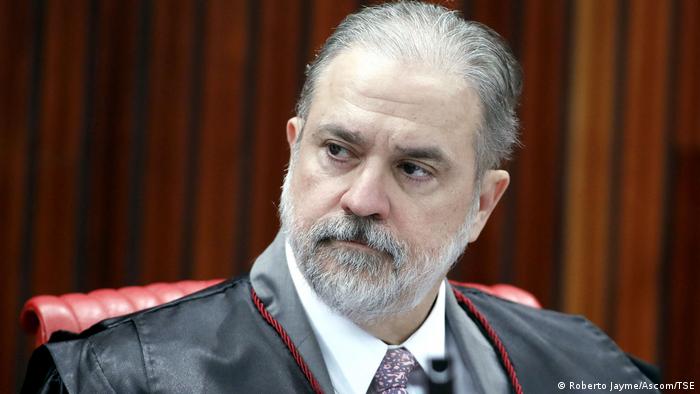 Aras, whom Bolsonaro nominated in September 2019, has been criticized for siding too much with the president. He refused to break with the government when Bolsonaro supported protests against social distancing measures during the coronavirus pandemic, when government measures threatened indigenous communities' rights and when decrees made it easier to buy guns and ammunition.

Aras asked the Supreme Court to greenlight investigations into both Bolsonaro and Moro the same day the latter made the meddling accusations. However, Rubens Glezer, a law professor with the Getulio Vargas Foundation in Sao Paulo, said the attorney general was "ambiguous" and left enough leeway to maneuver depending on how the case develops.

"If [after the investigation] things look bad for Bolsonaro, Aras can say he did his part and no one can accuse him of having stayed silent," Glezer said. "If Bolsonaro continues stable and the investigation turns against Moro, [Aras] can show that he was a 'good soldier' [to the government] and pave his way to a vacancy on the Supreme Court."

If Aras presses charges against Bolsonaro, the political context and the level of support for the government will determine the reaction of the lower house.

Maria Paula Dallari Bucci, a law professor at the University of São Paulo, is uncertain that two thirds of the deputies would want to open a criminal trial against Bolsonaro.

"According to the data that we have, the lower house will only be convinced if there is definitive proof," she said.

She added that some parties are looking into starting a parliamentary inquiry committee, which would run parallel to the criminal investigation. It would also look into Moro's allegations and could change the deputies' opinions. Such a committee was started in the case of Fernando Collor, a former president who resigned in 1992 during an impeachment trial that eventually found him guilty of corruption.

"A committee was installed and information, and details were disclosed that made it clearer to the public opinion that the president was incapable of continuing his mandate," Bucci said.

If Aras presses charges against Bolsonaro, the president's only chance to save himself would be to block the process in the lower house, according to Juliano Zaiden Benvindo, a constitutional law professor at University of Brasilia. If the case were to reach the Supreme Court, he believes the justices would side against the president unanimously.

"Bolsonaro is so explicit in his madness from an institutional point of view that, in the Supreme Court, both sides would unite against him," Benvindo said.