What′s the big deal about minimum wage in Germany? | Business | Economy and finance news from a German perspective | DW | 21.10.2021

What's the big deal about minimum wage in Germany?

Germany is relatively new to the list of countries with a minimum wage. Now, government coalition talks are considering raising it without using the country's independent expert commission. There are pros and cons. 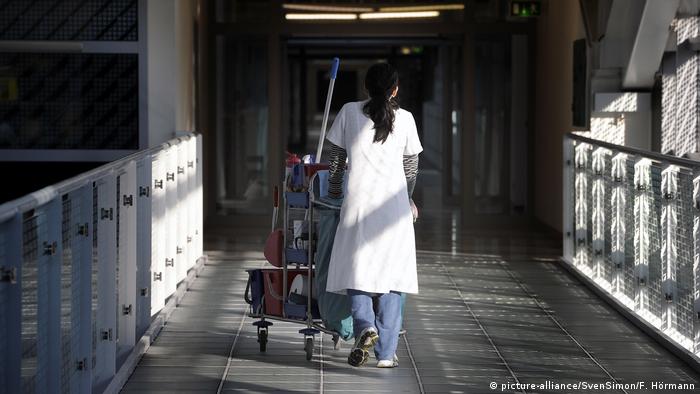 Ever since the first modern minimum wages were introduced in the late 19th century in New Zealand and Australia, they have been very controversial.

As the name suggests, a minimum wage is the lowest amount employers must pay employees. Around the world, most countries have some sort of minimum wage in place, though there are often many exceptions to the rules.

In Germany, a federal minimum wage was introduced in January 2015, under Christian Democrat (CDU) Chancellor Angela Merkel, though mainly due to pressure from the CDU's coalition partner, the Social Democrats (SPD).

It replaced various wages negotiated within different sectors and was set at a pretax rate of €8.50 across the country. Since then, it has slowly crept up, with the most recent increase in July bringing it up to €9.60 ($11.20). Two more increases are planned; by July 2022 workers can expect to earn at least €10.45 an hour.

Within Europe, Germany's minimum wage is on the high side, topped only by Luxembourg and France. A number of European Union countries — such as Denmark, Italy, Austria, Cyprus, Finland and Sweden — have no national minimum wage. They rely on unions and individual sectors to set their own wages.

Who gets a minimum wage in Germany?

Germany's minimum wage covers a majority of workers in the country who are over 18. This includes seasonal workers, no matter where they are from.

As in most places, there are a number of exceptions to the rule. Apprentices, workers taking part in job-promotion schemes, long-term unemployed people in the first six months after reentering the labor market and self-employed individuals are not covered by the minimum wage law.

Workers transiting through the country, such as airline pilots and truck drivers, are likewise not covered.

The initial 2015 minimum wage rate was set by the then-government. After that, an independent government body known as the Minimum Wage Commission took charge of setting the rate and making adjustments. In all decisions, the commission has to balance worker protection, fair competition and employment levels. Political considerations should be left at the door. But now, the independence of this commission is being called into question. 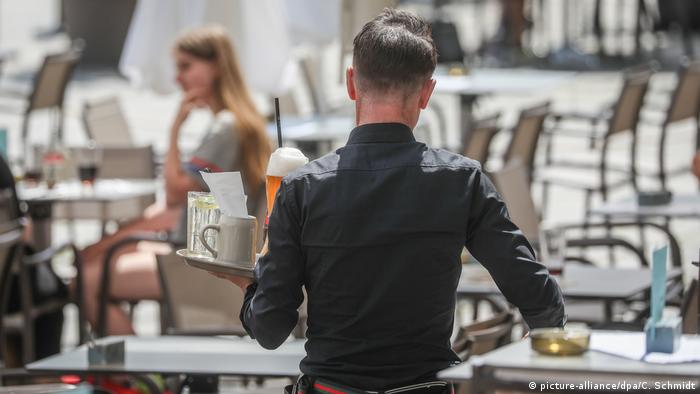 In Germany, servers start out earning minimum wage, but don't typically get much in tips

What has brought the minimum wage back into the spotlight in Germany is ongoing coalition talks to form a new government. The talks between the Social Democrats, Greens and the neoliberal Free Democrats (FDP) will continue in earnest after an initial exploratory phase. Coalition parties now need to agree on a plan for governing.

One SPD and Green campaign promise that may turn into reality is a plan to raise the minimum wage to €12 an hour within a year. Doing so would not only negate years of work by the Minimum Wage Commission: It would go over the body's head and take away its independence. Unfazed by this paradox, the parties say that, after this one-off increase, the commission can once again take over. 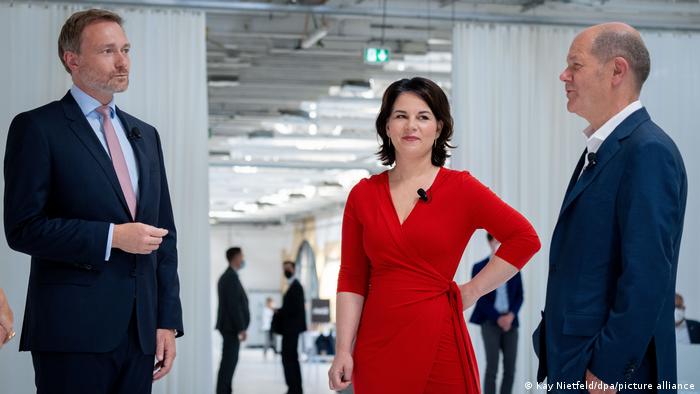 Such a large increase could make it less likely that when the commission is back in charge, it would agree to more increases in the near future, potentially keeping the wage stuck indefinitely at €12.

Why is minimum wage controversial?

When the minimum wage was originally implemented in Germany in 2015, many feared that higher wages would induce businesses to move to where labor is cheaper, or replace workers with machines. Some experts predicted up to 900,000 job losses. This did not happen then. It could be a gamble to see if the economy is once again strong enough to deal with such an increase. 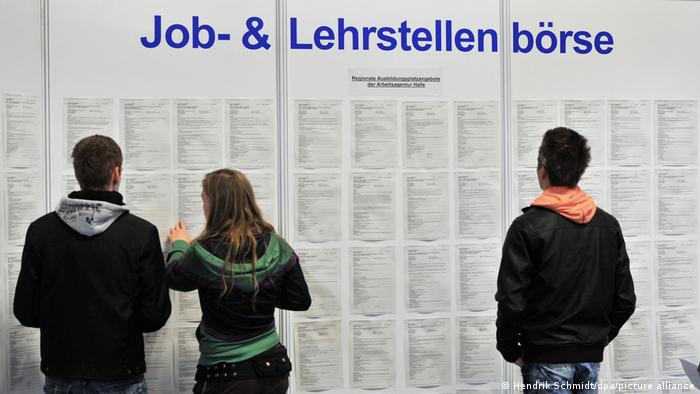 Over the years, various studies have come to different conclusions about the pros and cons of a mandated minimum wage. Some found no correlation between employment and a minimum wage; others found negative impacts, such as reduced hiring or fewer hours for workers. Still others claim a direct positive impact.

The supposed negative impacts are just the opposite. Opponents say a minimum wage hampers the flexibility of firms, encourages the use of machines instead of people, leads to fewer jobs, makes it harder for first-time job-seekers and adds to long-term unemployment as jobs move abroad. 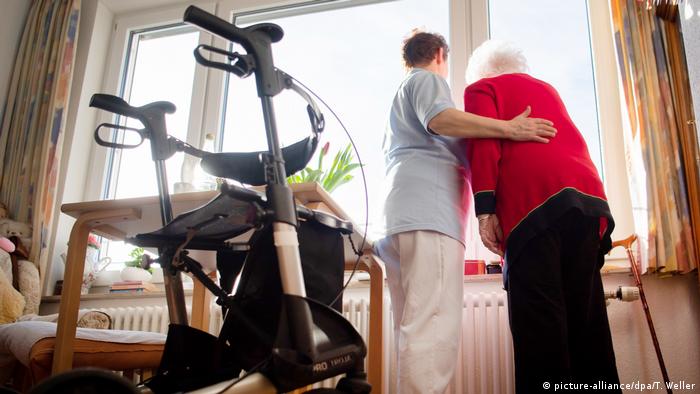 Also some in the elder care sector earn the minimum wage

For the naysayers, the biggest threat from a minimum wage is a wage-price spiral. This happens when business have to pay more for labor, giving workers more money to spend, which causes demand and therefore prices to increase. To make up for these increased prices, wages then go up. It is a circle where everyone ends up paying more in the end, also causing inflation increases.

But the story is not the same everywhere, and wages are only one piece of the complex economic picture; pinpointing the true impact of minimum wages will keep experts busy for the foreseeable future.

One thing most will be able to agree on is that workers should be able to live from what they earn. What that means to the future German government will slowly come into focus as it agrees to a governing platform over the weeks to come.

Poor despite work? The dispute over the minimum wage

Germany's top labor court has ruled that workers, mostly from eastern EU countries, hired for "24-hour nursing" in hundreds of thousands of German homes, are entitled to minimum wage, even while on standby.