What's On at Europe's Museums

Frankfurt celebrates the works of Stanley Kubrick, Man Ray's sensuous photos of Meret Oppenheim on show in Apolda, Germany, Florence wheels out the history of the bicycle and atmospheric impressionism wows in Vienna. 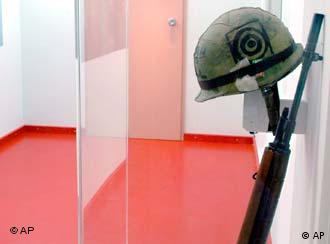 A helmet and rifle from Kubrick's film "Full Metal Jacket" on show in Frankfurt.

A large exhibition devoted to the life and work of master filmmaker Stanley Kubrick has opened its doors at the German Film Museum in Frankfurt. Beginning with New York-born Kubrick's early photographs as a young photojournalist for American Look magazine, the exhibition showcases scenes and clips from the director's famous film repertoire from "Lolita," "Dr. Strangelove" to his last film before his death in 1999 at the age of 70, "Eyes Wide Shut" starring Tom Cruise and Nicole Kidman. The show also includes props from movies such as "2001: A Space Odyssey" and "Full Metal Jacket" and explains the cutting-edge camera technology deployed by Kubrick in "Killer's Kiss." The show has been developed by the German Museum in Frankfurt in collaboration with Kubrick's widow, Christiane (photo) and his close assistant, Jan Harlen. It will be accompanied by a film series, which will include all of Kubrick's cinematic works. 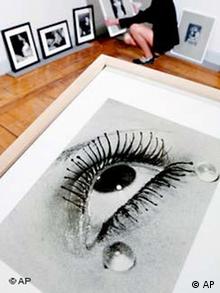 The most important milestones in the history of the bicycle are at the heart of an exhibition underway in the Museo di Storia dell Scienza in Florence. On show are historic and unconventional two-wheelers stemming from the end of the 18th century up to the beginning of the 20th century. The show includes the unusual two-wheeled wooden "running machine" invented by the German Karl Friedrich Drais from Sauerbronn in 1817, where one had to press a foot against the floor to gain momentum and then hold on to a steerable drawbar-like handlebar. With his invention, the German nobleman wanted to offer an alternative to the horse. 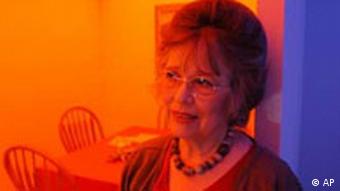 The Art Museum in the town of Apolda in Thuringia has opened an exhibition devoted to two outstanding avant-garde artists: the American photographer, Man Ray (1890-1976) and Swiss artist Meret Oppenheim (1913-1985). Called "Man Ray Meets Meret Oppenheim," the show includes paintings, graphics, photographs, collages and artist books showcasing the creative talent and development of the two artists and their influence on 20th century art. Man Ray, the American master of experimental and fashion photography, met Oppenheim, a Swiss art student, in Paris in 1933. The two collaborated on a number of erotic and enigmatic photo series, the most famous being a surreal photograph by Ray of an ink-splattered nude Oppenheim, only partially obscured by the wheel of a printing press.

The Austrian Gallery Belvedere in Vienna has dedicated an exhibition to "Atmospheric Impressionism," a movement in Austrian painting between 1870 and 1900 which had a decisive influence upon the artistic approach to landscape. With around 100 paintings drawn from Austrian and international museums and private collections, the show attempts to convey how artists sought to capture atmosphere in their works. It includes works by Emil Jakob Schindler (1842-1892), the main master of the movement who discovered the motifs for his pictures in the immediate vicinity of Vienna, the Prater meadows, Vienna Woods and the Wachau. Schindler was hugely influential with his style and his emotional and poetic empathy with nature and his way of capturing the characteristics of a landscape was ultimately even deemed to be a separate “school.” Artists inspired by Schindler and whose works are displayed in the exhibition include Olga Wisinger-Florian, Maria Egner, Carl Moll and Tina Blau.