Painters have been depicting food long before the #foodporn hashtag came about. Now, researchers are turning to works of art to learn about the evolution of what we eat. 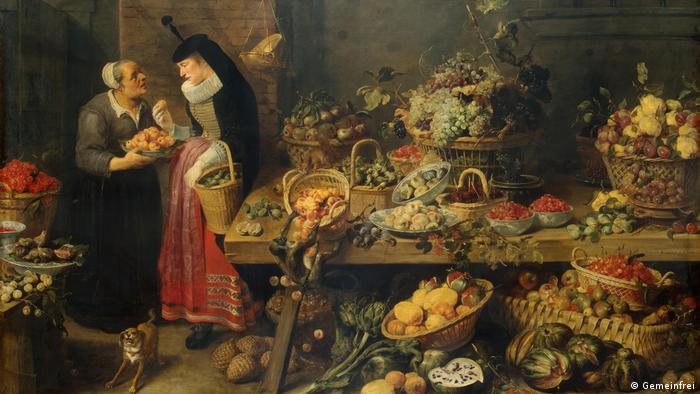 Many of the fruits in Frans Snyder’s painting “Obstand” are familiar to us now. The melon with a white interior, however, is a mystery

With food pictures filling the internet, often under the attention-grabbing tagline of #foodporn, future generations will have no trouble knowing what we've been chowing down on in the 21st century.

Yet the trend of admiring food in an artistic context is nothing new. Artists began depicting food in paintings centuries ago. The painting "Obststand" by the Flemish painter Frans Snyders, for example, depicts an abundance of fruit, including apples, grapes, peaches and an unusual-looking half melon with a white interior, which recently caught the attention of researchers. "This is what watermelons must have looked like back then," art historian David Vergauwen conjectured when he saw the painting hanging in the Hermitage art museum in St. Petersburg, Russia. His colleague, Ive De Smet, a professor of molecular biology, was skeptical and countered that perhaps Frans Snyders simply wasn't a particularly good painter. Vergauwen explained that Snyders was one of the best artists of the 17th century.

Intrigued, the researchers decided to investigate. "We agreed that there must be dozens of fruit and vegetable varieties with interesting developmental histories that we do not know in detail," said Vergauwen. They decided to combine their disparate fields of research — biology and art history — to trace the evolution of plant foods, from their wild beginnings to modern varieties.

Wild bananas with seeds? No, thanks!

Many of the plant-based foods we use in our kitchens today once looked completely different. Once wild, over the years they were domesticated, cultivated and adapted to suit our taste. Scientists have bred larger plants that bear more fruit, even making undesirable characteristics disappear over time by genetic modification. Wild bananas have large seeds, for example, something one will never find in the supermarket variety.

The researchers hope that the interdisciplinary approach will give them a concrete idea of what wild fruit and vegetable varieties might have looked like and how they might have developed over the years. Although tracing DNA can be very helpful in evolutionary research, it does not paint a clear picture of the past. "We may have part of the genetic code for certain ancient plants, but we often don't have well-preserved specimens," explains De Smet, who works at the Flemish Institute of Biotechnology in Ghent, Belgium.

This is where art history comes into play. Over the centuries, numerous artists have depicted plant foods, often in detail. With the help of works of art, scientists have gained insights into the domestication and color of carrots, the production of modern wheat, the cultivation of strawberries and the origin of watermelon, according to the journal Trends in Plant Science.

But the method also has its pitfalls. For example, the reliability of depictions in old paintings is questionable, says Vergauwen. "If, for example, we were to study the phenotype of fruits at the beginning of the 20th century on the basis of Pablo Picasso's Pitcher and Bowl of Fruit, we would probably draw false conclusions." Even the Old Masters could be misleading. Although Hieronymus Bosch's work Garten der Lüste (The Garden of Earthly Delights, 1503-1515) correctly depicted the strawberry in its shape and color, the size was clearly disproportionate. 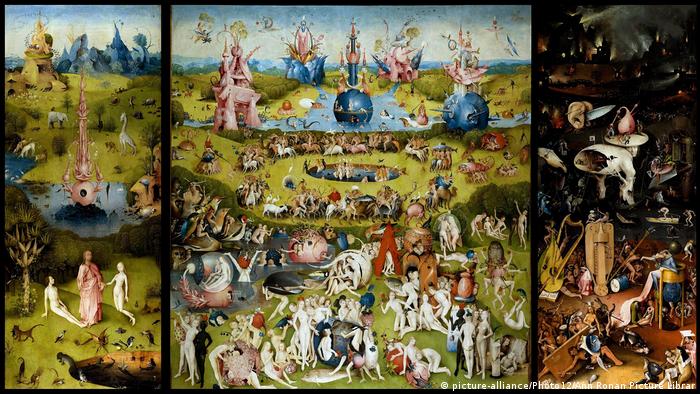 It is up to art historians to determine which artists are reliable and why, explains Vergauwen. "If an artist painted a building that still stands today, or a musical instrument that still exists today, it is likely that he or she did the same with perishable food.”

In order to create an extensive database of fruit and vegetable artworks, Vergauwen and De Smet are now counting on the help of museums and art lovers around the world. "It's easy for us to go to European collections like the Louvre in Paris, but there are museums in Asia or Central and South America that could teach us a thing or two," said Vergauwen.

As a result, they have launched the hashtag #ArtGenetics and are calling on people around the world to tag the artworks that depict plant food to help them in their quest.

While it may not be as catchy as the popular #foodporn hashtag, it's sure to provide some appetizing results.

This street food typical for your region!

We wanted to know which street food is typical for your region. Find out here if you won an exclusive Euromaxx wrist watch. (17.07.2020)

Vegetables that grow in tower gardens, insect burgers or meat from a test tube: Some groundbreaking ideas were actually developed long ago. An exhibition in Dresden looks into "future foods." (16.06.2020)

The fast-food chain is adding lemongrass to the diets of its cattle in a bid to cut methane emissions. The greenhouse gas is a significant contributor to global warming. (14.07.2020)

The Group of Seven summit has ended with only modest solutions to the global energy and food crises. The struggles of poorer nations were sidelined by Russia's disastrous war in Ukraine.