What will India's veto of WTO deal cost global trade?

It was designed to reduce trade barriers and boost GDP growth. But India's decision to veto the WTO Trade Facilitation Agreement may have significant consequences for the global economy, economist Rajiv Biswas tells DW. 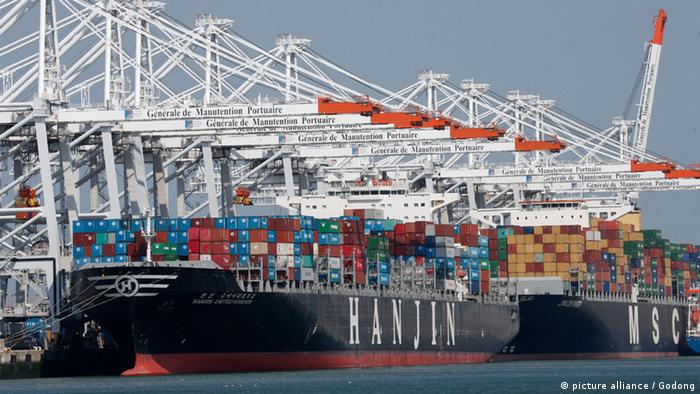 After refusing to sign the trade facilitation agreement (TFA) by July 31, Indian senior officials recently reiterated their willingness to sign the global deal if other World Trade Organization (WTO) members would agree to its parallel demand for concessions on stockpiling food. It was not immediately clear if the comments made in New Delhi would resurrect negotiations, but the officials said the deal could be signed as early as September.

New Delhi has insisted that, in exchange for signing the TFA, more progress on a parallel pact is needed. However, the pact would give the Indian government more freedom to subsidize and stockpile food grains than is allowed by World Trade Organization (WTO) rules. In Geneva, a trade diplomat from a developing nation was quoted by Reuters as saying: "The trust that countries have in what India says is going to be significantly diminished."

Rajiv Biswas, Asia-Pacific Chief Economist at the analytics firm IHS, says in a DW interview that the failure to reach the agreement would have a significant economic impact as the TFA is expected to boost world GDP by up to 1 trillion USD. At the same time, he says India is struggling to keep a balance between domestic political obligations and its international commitments under the WTO.

DW: What impact is India's refusal to ratify the TFA likely to have on the world economy?

Rajiv Biswas: The decision by India to veto a WTO Trade Facilitation Agreement on July 31st potentially has significant consequences for the global economy and Asian economies if a deal cannot be reached soon. 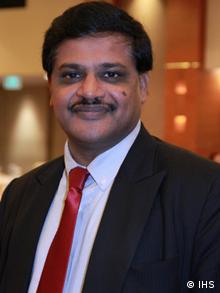 If the TFA cannot be finalized, this means that the process of trade facilitation will need to be pursued at a regional or bilateral level by groups of countries, rather than implementing a global solution. But many countries could be left out of such regional or bilateral solutions, particularly many low income developing countries which are not part of major trade groupings or too small to be a priority partner for bilateral trade agreements.

Why does the WTO regard India's food subsidy policies as problematic?

India's food subsidy cost is already approaching 10 percent of the value of production, the cap set by existing WTO rules, but only because the value of the subsidy is calculated under a WTO formula set in the Uruguay Round of the General Agreement on Tariffs and Trade (GATT). The formula uses 1986-88 reference prices to calculate the subsidy. India is arguing for resetting the benchmark reference prices to allow for inflation.

These complications over the way the WTO calculates food subsidies have become especially problematic for India since the introduction of India's new Food Security Act legislation passed in 2013, which will increase food subsidies. With India's rice and wheat subsidies already estimated to be close to 9 percent of production based on the WTO 1986-88 price benchmark, the newly elected Indian government led by PM Modi is concerned that it could soon be in breach of WTO food subsidy rules and incur large penalties.

What would be the advantages of the TFA for the world economy?

With total world trade in goods and commercial services now exceeding 23 trillion USD, the impact of such significant reductions in the costs of international trade would generate very large positive gains for world GDP. With the WTO having 160 member countries accounting for over 96 percent of world trade, the TFA would give a boost to world GDP estimated to be in the range of 400 billion USD to 1 trillion USD, as well as create an estimated 21 million new jobs.

New Delhi's decision to block a global trade facilitation pact has not only jeopardized multilateral negotiations, but also put the future of the global trade body at risk in its present form. (01.08.2014)

Moreover, the deal would lead to an estimated reduction in total costs of trade of up to 13 percent to 15 percent for developing countries and up to ten percent for developed nations. The deal would create a global framework for more efficient customs documentation and administrative procedures for cross-border trade, which currently remains a significant cost factor for international shipments.

How beneficial would the TFA be for Asian countries, in particular?

For the Asia-Pacific Economic Co-operation group of countries, the TFA is estimated to increase GDP by up to 0.26 percent, and savings of around 1 percent to 2 percent of import costs for Asia-Pacific developing nations. Since the East Asian economies account for a large share of world commerce and trade accounts for a high share of the GDP of many Asian countries, they stand to benefit significantly from the TFA.

With the WTO now taking a summer recess, India is proposing that a compromise deal that addresses its food security concerns can still be negotiated in September, and finalized by the end of 2014, allowing time for the TFA to be implemented as scheduled in July 2015.

India is seeking either a parallel final deal on food subsidies or else a clear interim agreement that will guarantee no WTO penalties against Indian subsidies until a permanent food security deal is concluded, with an adjustment for inflation of the WTO benchmark reference prices for food subsidies.

Indian Prime Minister Narendra Modi will be making a state visit to the US in September for a summit with US President Barack Obama, and neither side will want this WTO spat to derail the important high level bilateral talks that will set the medium-term agenda for Indo-US relations. President Obama has described the US relationship with India as "one of the defining partnerships of the 21st century."

What impact is this trade spat likely to have on India's image as a trade partner?

India is struggling to keep a balance between domestic political obligations and its international commitments under the WTO. One of the country's major economic vulnerabilities is the high level of fiscal deficits. Subsidies for fuel and food are key contributors to India's fiscal problems. 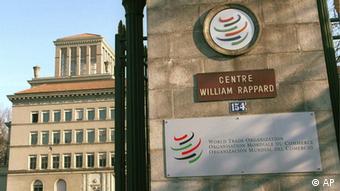 The Food Security Act was passed by the previous Congress-led government in 2013, and although Modi himself opposed the Food Security legislation, it is difficult for him to immediately withdraw it since it is popular among low-income households, with around 30 percent of India's population still living in extreme poverty.

While the Modi government is likely to take steps to reduce subsidies, no major changes were announced in his government's first federal budget announced in July. It seems that subsidy reductions will be done gradually.

If the Modi government can achieve stronger economic growth that translates into significant reductions in the share of India's population in poverty, then it will allow food subsidies to be reduced through more targeted food programs. Therefore the Modi government is facing a difficult balancing act to avoid WTO penalties while also preventing a domestic voter backlash over food subsidies.

How much time is there left to salvage the deal and reach a global trade agreement?

The economic stakes are high for trade negotiators to find a diplomatic compromise and conclude the WTO Trade Facilitation Agreement treaty before the end of 2014. The WTO Secretary-General Roberto Azedevo has called for member states to find a compromise when the negotiators return from their summer recess on September 1. India is hoping that negotiations can resume in September and a final Bali package deal can be agreed upon by December 2014.