In Turkey, being prosecuted for offending the president is common, say Turkish satirists. If satirist Jan Böhmermann is convicted for defaming Turkey's Erdogan, it'll send a message on the limits of democracy, they say. 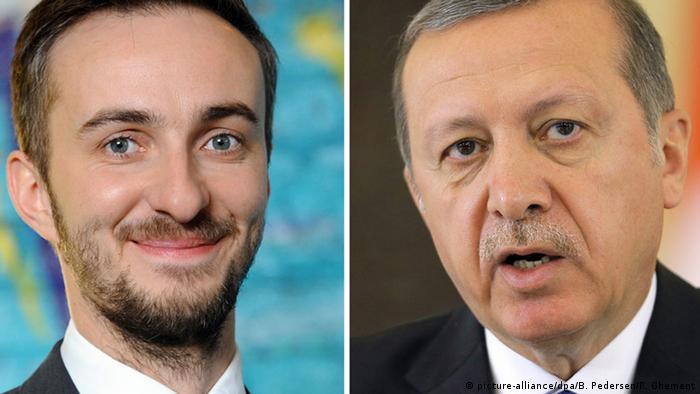 In Turkey, there are currently 2,000 pending legal cases involving defamation of the president. Among the defendants are artists, journalists, students, academics and caricaturists, whose creations have harshly insulted Turkey's President Recep Tayyip Erdogan.

Now Erdogan has called for legal action against German comedian Jan Böhmermann. In the ZDF television show, "Neo Magazin Royale," Böhmermann recently presented a snide, satirical poem, in which he criticized Erdogan's limitations on freedom of speech in Turkey, while also making personal jabs at the president, including references to child pornography and sex with animals. 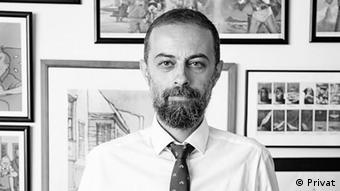 M.K. Perker is one of Turkey's most internationally successful illustrators and caricaturists

DW: German satirist Jan Böhmermann may face legal prosecution due to his derogatory poem about Turkish President Erdogan. The Turkish government has demanded that Böhmermann be charged with defamation. How is this case viewed in Turkey?

M.K. Perker: Cases like this are common in Turkey. We've experienced some very funny things. I think this case is very funny. For example, in 2011 we published a satirical magazine called "Harakiri." It was a reference to the satirical magazine "Harakiri" in France, which was banned due to a cover about the death of Charles de Gaulle. We experienced nearly the same fate. We had to pay fines because of some of the stories in our magazine. The reason given was that we were apparently encouraging the Turkish people "to be lazy and adventurous." We thought that was very funny. We ultimately had to shut down our magazine because the penalty was too high.

What's happening now in Germany is very funny - and the reactions are even more entertaining. In the next few days, things will certainly only get funnier.

Tuncay Akgün: On the one hand, it's very shocking, but we've gotten used to it here. It's a satire in and of itself to interfere in another country's satire and that it turns into a diplomatic crisis.

Is it satire or defamation? Now the German government is to review comedian Jan Böhmermann's poem about Turkish President Erdogan. DW's Susanne Spröer says it's obviously satire - what else? (11.04.2016)

The German government has said it is examining Turkey's formal request to prosecute comedian Jan Böhmermann over a crude poem about the Turkish president. The case has sparked a fierce debate on freedom of speech. (11.04.2016)

It's unbelievable that the pressure on the media in Turkey is being transferred to Germany. But we see that this pressure can actually lead to concrete consequences. As far as I understand, an investigation against Böhmermann is underway and his video was removed from the internet. I think he did it intentionally because he wanted to provoke the sensitivities that came up in the "Extra 3" case even more and wanted to create so-called counter-irony. [Eds.: In March, a satirical song critizing Erdogan aired on public broadcaster NDR's "Extra 3" program. In response, Erdogan summoned the German ambassador, and Berlin issued a statement in support of freedom of speech.]

Böhmermann's poem has also been criticized in Germany. In your opinion, is there a line between satire and insult?

M.K. Perker: Yes, there is a line. If it doesn't contain a creative opinion, if there are no allusions, no jokes and no creativity, but just rants, then it's an insult. But there's also a difference between criticizing a normal person and criticizing a politician. It should be easier to criticize a politician, because it's not personal. Their position is under fire, not their person. But of course it depends on how they exert power. If these politicians exercise their power in bad ways, they will be criticized more frequently. That's normal.

Tuncay Akgün: Due to "Charlie Hebdo," there have been many discussions about this in recent years. But politicians are simply too sensitive and are easily insulted. That demonstrates how effective satire is. There are sexual elements in satire. I think the flexibility [of the line between satire and insult] is not a big issue for satirists themselves.

Do you feel pressured in Turkey due to the numerous cases brought against satirists for insulting the president?

M.K. Perker: I think that these cases come about as a reflex. When a politician is in power for a long time, most of them think that they are untouchable. They think they're big pashas or sultans like in the Ottoman period and develop an unrealistic sense of inviolability. That means they no longer tolerate criticism.

Tuncay Akgün: Of course we feel pressured. Turkey has been governed by conservatives for years. We feel pressure in particular under the current political leadership. But we won't give up our radical satirical approach; we will stick with it. 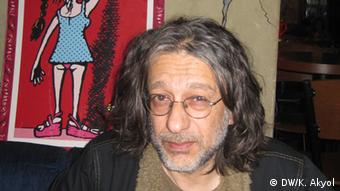 Tuncay Akgün is editor-in-chief of the satire magazine, "Leman"

M.K. Perker: They shouldn't make wrong decisions, like they have in the refugee crisis.

Tuncay Akgün: The government's decision has symbolic significance for the future. I know that German politicians and Merkel have been harshly criticized. That's why I think that it will also be a test for the German government. If Böhmermann is actually convicted, it will send an important message regarding the boundaries of freedom and democracy.