What issues will decide Singapore′s general election? | Asia| An in-depth look at news from across the continent | DW | 08.09.2015

Singaporeans will head to the polls on September 11 amid growing discontent over immigration and the cost of living in the city-state. But will these also be the issues deciding Friday's election? DW examines. 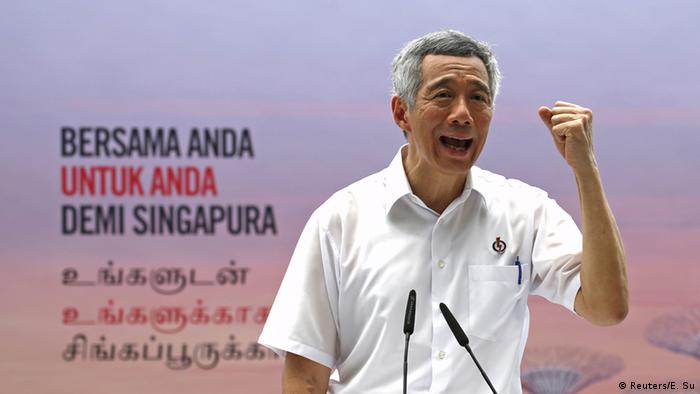 For decades, the People's Action Party (PAP) has dominated Singaporean politics, winning every single election since the island nation's independence in 1965. But with the party's popularity dented over issues such as immigration, public transport, the rising cost of living, and a slowing economy, Prime Minister Lee Hsien Loong (article picture) recently cleared the way for a snap election - scheduled for Friday, September 11 - in a bid to, as he put it, win a "fresh and strong mandate."

But PM Lee, who has been in power for 11 years, had until January 2017 to hold parliamentary elections, thus raising the question as to why now call them now. Analysts argue that the main reason for the early vote is linked to recent events in the city-state. The election not only comes after the country's celebration last month of its 50th independence anniversary (SG50), but also follows the death of PAP founder and Singapore's first prime minister, Lee Kuan Yew (LKY), in March. 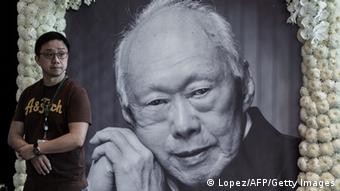 The election comes after the death of PAP founder and Singapore's first prime minister, Lee Kuan Yew, in March

This means that throughout the year, the achievements and legacy of the ruling PAP have been remembered and celebrated not just in Singapore but also around the world.

"In this context, Singaporeans are more likely to vote for the PAP and PM Lee Hsien Loong - Lee Kuan Yew's son. And the PAP will use all available tools to foster a connection between voting PAP and being patriotic," Siegfried Herzog, head of the regional office of the German foundation Friedrich-Naumann-Stiftung in Bangkok, told DW.

Bridget Welsh, a Senior Research Associate at the Center for East Asia Democratic Studies of the National Taiwan University, agrees: "The PAP is building on nationalist fervor and using LKY's death and SG50 to its advantage. Given that the economic indicators are also not promising, the timing for the election is advantageous for the party."

The latter became evident during a recent rally in which PM Lee spoke about the level of progress achieved over the past 50 years: "If you are proud of what we have achieved together, if you support what we want to do ahead, the future that we are building, then please support me, please support my team," said Lee.

In this context, experts argue the PAP wants to make the upcoming election about LKY and the PAP's legacy rather than the government's recent track record and reform agenda. "If voters frame the elections like that in their minds, the opposition parties will probably fare less well than in the 2011 general election," said Herzog.

Back then, the PAP recorded its worst-ever showing, winning only 60 percent of the vote. The party went on to lose two single-seat wards in by-elections, giving the opposition seven seats in the 87-member parliament - which will be expanded to 89 seats.

What could the poll results show?

Jan Seifert, Asia expert at the Hamburg-based GIGA Institute, explains that given the PAP's decades-long rule, it is natural that people become tired of the same faces and leadership styles despite Singapore's overwhelming economic success. "There is some feeling that the PAP, and more generally the political and administrative elite, has lost touch with the 'common man,'" Seifert told DW. 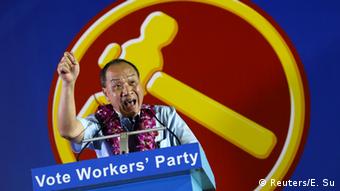 But the key question is whether the opposition will manage to capitalize on this and gain more than the seven seats it currently holds. In Singaporean politics there is de facto only one top candidate and that is the PAP leader, i.e. PM Lee Hsien Loong.

While the biggest opposition party - the Workers' Party - is led by Low Thia Khiang, opposition factions - who were kept at bay with only two elected seats between 1997 and 2011 - have so far failed to present a common leader as an alternative premier, leading some to suggest that the opposition remains fragmented.

Nonetheless, Eugene Tan, an associate professor of law at the Singapore Management University, and a former Nominated Member of Parliament, warns there is no assurance that the feel-good mood of past few months will be transferred to the ruling party.

"The positive sentiments are directed at the state and while the PAP is intimately connected with the success and growth of Singapore, Singaporeans do increasingly differentiate between the party and the state," Tan told DW.

The expert also argues the upcoming vote will be "especially important" as it will not only demonstrate the growing strength of the opposition, but also "provide a stronger indication as to whether Singapore is moving away from a single-party towards a two-party or multi-party political system."

A peculiarity of Singapore's democracy is the prohibition of opinion polls during the election period. From the day the PM announces the election and dissolves parliament, it is not allowed to publish any figures, thus making political forecasts increasingly difficult. Moreover, there is limited time for actual campaigning which is restricted to just nine days before Election Day.

"Most of the Singaporean electorate recognizes that the PAP has turned the nation from a poor developing country into a global economic leader. Therefore the PAP's track record will be a decisive economic issue for most of the electorate," Rajiv Biswas, Singapore-based Chief Economist for Asia-Pacific at the analytics firm IHS, told DW. 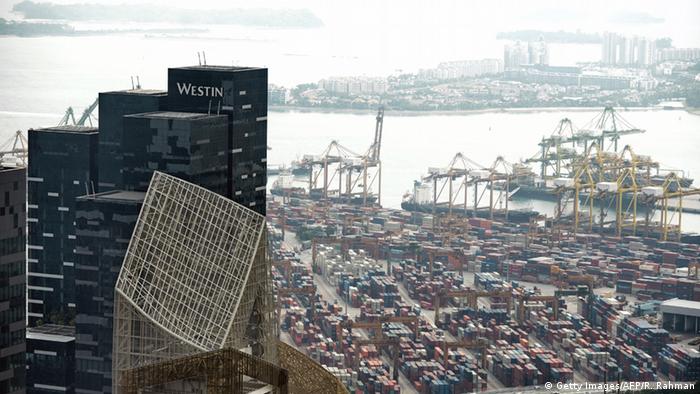 Singapore has one of the world's busiest ports

And although the city-state of 5.5 million people has no natural resources, its location at the junction of the Indian and Pacific oceans has enabled Singapore to become a major trading hub, boasting one of the world's busiest ports.

"Overall Singapore is still doing well, and its citizens know this," said GIGA expert Seifert. But while no single topic completely dominates the political agenda, there are many issues of concern. In fact, the Blackbox survey in July also revealed that public satisfaction ratings on the cost of living stood at just 42 percent, on housing affordability at 53 percent, on public transport at 57 percent and on population management at 61 percent.

Immigration has become a major issue. As a small island city-state, Singapore has become one of the world's most expensive real estate markets, and some citizens feel threatened by migrants whom they as perceive as competitors for affordable housing, jobs and social security benefits.

Analyst Seifert explains that while there is still some space to further expand the city's population over the next five to ten years, "the demographic time bomb is ticking and there will be a point when the city's capacity of ever-increasing growth will be exhausted."

Moreover, in its 2014 crony-capitalism index The Economist ranked Singapore as the fifth country in the world where politically connected businessmen are most likely to prosper, suggesting that the benefits for Singaporeans have not been evenly distributed.

No mood for change

Despite these challenges, most analysts see no clear mood for change in the city-state, at least for the time being. "While citizens have strong concerns about issues such as rising living costs, crammed public transport and immigration, these concerns do not necessarily translate into opposition votes," said Seifert, who predicts that the overall share of the PAP vote will remain about the same or improve a little compared to 2011.

Singapore expert Herzog has a similar view. He argues that respect for the life of LKY and the PAP's mantra of good governance and stability are likely to outshine all other political issues in the upcoming vote, thus making it very hard for the opposition to improve on their 2011 performance. However, the analyst warned: "Therein lies the danger that the PAP might misread good electoral results as an endorsement of the status quo and store up trouble for the future."

Singapore has dissolved its parliament as PM Lee Hsien Loong seeks a fresh mandate over voter concerns on immigration. It will be Singapore's first election without the prime minister's influential father Lee Kuan Yew. (25.08.2015)

Singapore celebrates its own success

Ever since Singapore gained independence 50 years ago, the city-state has become synonymous with economic success. But major challenges lie ahead. (07.08.2015)

The Asian Development Bank recently trimmed its growth forecasts for China and developing Asia this year. But what is driving the slowdown? DW talks to the bank's chief economist Shang-Jin Wei. (23.07.2015)