What exactly is 'the metaverse'?

Facebook has announced major investments in "the metaverse," a virtual reality that could one day coexist alongside the physical world. DW breaks down what it is — and how you might already be in it.

Although still in its infancy, many believe the potential of the metaverse to be huge

It's been a long day. You've spent the morning hopping between conference rooms, stealing five minutes in the break room to talk to a co-worker about a concert you're going to that evening. You meet at the venue after work, excited to see your favorite K-Pop band play live. After the show ends, you buy a T-shirt and try to forget that you saw your ex-boyfriend there.

A pretty typical day. The twist? You did it all without leaving your home. Welcome to the metaverse.

What is the metaverse?

The metaverse has no single creator or definition. It can be defined loosely as a digital reality, akin to the World Wide Web, but combining aspects of social media, augmented reality, online gaming and cryptocurrencies to allow users to act and interact virtually. While the concept is still in its infancy, its potential is huge.

"I'm fairly sure at this point that […] the metaverse is going to be a new economy that is larger than our current economy," Jensen Hang, CEO of computer graphics chipmaker NVIDIA, has said. NVIDIA, a company whose investment in the metaverse has led some to predict it will one day outgrow Apple, is just one of many companies scrambling to stake a claim in the metaverse goldrush. Epic Games, Microsoft and many others have launched initiatives of their own.

For years now, Facebook has been investing in virtual and augmented reality for the metaverse. CEO Mark Zuckerberg has said he expects people will one day think of the social media company instead as a metaverse company. This week, Facebook doubled down on the project, announcing a major metaverse initiative in Europe. 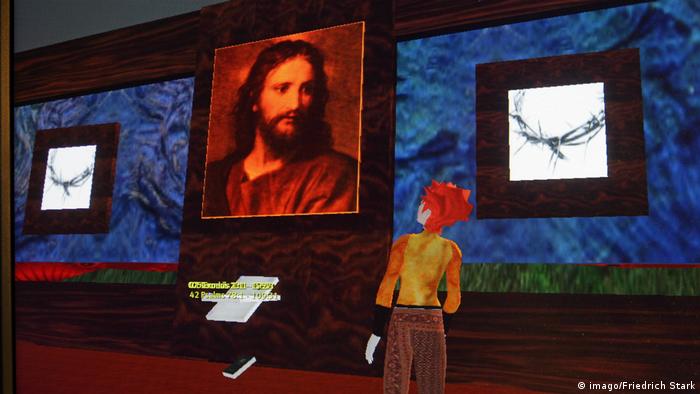 "Instead of just viewing content — you are in it," Mark Zuckerberg told tech blog The Verge in July, contrasting the idea of the metaverse with standard "two-dimensional" webpages that currently populate the internet.

Iterations of the metaverse have existed for years, whether as social media, virtual reality, online gaming or the cryptocurrency sphere.

Interactive and world-building games such as Second Life, Fortnite, Minecraft and Roblox all have elements of the metaverse. There, users can work and collaborate, attend events and exchange real-world money for virtual goods and services.

Thus far, however, these worlds have been largely self-contained. Metaverse visionaries predict a virtual universe where one might move seamlessly between these different types of digital worlds. Users could even retain the same virtual identity — in the form of a digital avatar — and capital they own in one world would hold the same value in another. Everyone would pay with a universally accepted digital currency.

This payment angle is particularly interesting for cryptocurrencies. Cryptocurrencies have made something of a splash this year, due in part to growing public awareness around non-fungible tokens (NFTs), a technology that could play a key role in the metaverse.

NFTs are a type of digital asset that functions more or less as virtual collector's items. One NFT, a JPG file of a photo collage, made headlines earlier this year when it sold for $69 million (€59 million). Earlier this month, fashion designers Dolce & Gabbana sold a clothing collection in the form of NFTs, with some of the items intended to be worn by digital avatars.

In some virtual worlds currently in existence, users are already paying hundreds of thousands of dollars in cryptocurrencies to buy NFTs of digital real estate and property. Art dealer Sotheby's recently acquired its own chunk of digital real estate, which it used to construct a replica of its London galleries. It then held a virtual art show there. 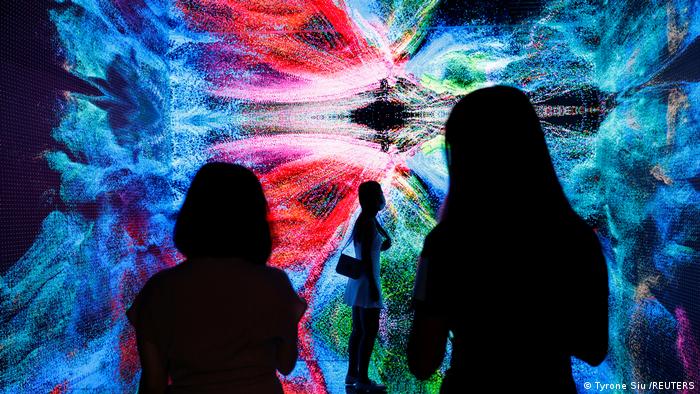 Immersive art installations will also be part of the metaverse sphere

The transaction and ownership of most NFTs is recorded on the Ethereum blockchain, the network that hosts Ether, the second-largest cryptocurrency after Bitcoin. This puts

NFTs and Ethereum in a good position to become the structural backbone of the metaverse. Such a move could also legitimize crypto as a form of payment, quickening the uptake of cryptocurrencies among the general public.

The full functionality of the metaverse is likely still decades away. Key technologies, particularly in the realm of augmented reality, have yet to become mainstream, and the metaverse raises a whole gamut of legal questions as well.

Creating it will also require a degree of technical cooperation among companies that seems unrealistic when one considers, for example, the mobile phone charger landscape.

But momentum is there, and the COVID-19 pandemic has hastened development of the metaverse. Global digitization efforts got a huge push after the health crisis prompted millions of people to work from home, and in some ways digital communications platforms like Slack or Microsoft Teams have familiarized people with the concepts at the heart of the metaverse.

Many companies are already trying to replicate digitally the spontaneity of human interaction at the office for employees working from home. Even DW has launched official internal chat rooms called "break room" and "hallway" dedicated to fostering casual chitchat between colleagues in times of working from home.

Still in its infancy, the metaverse could be a market worth $800 billion as early as 2024, Bloomberg Intelligence reported in July.