What does the end of the Merkel era mean for Southeast Asia?

Analysts say that Germany has gradually pivoted toward Southeast Asia over Merkel's last years in power. Some speculate that the next government could trigger further developments in Germany's approach to the region. 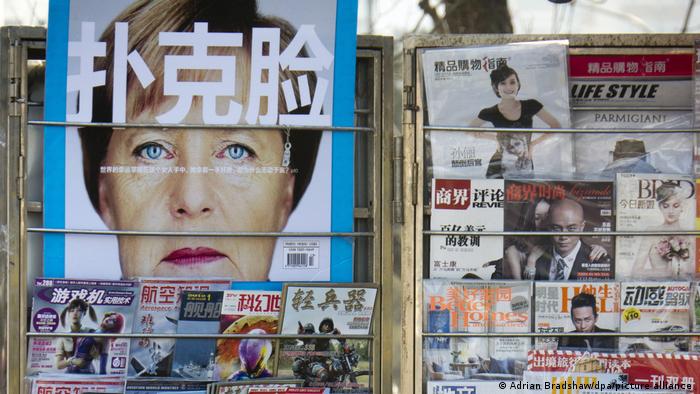 Germany's chancellor is set to step down, leaving questions about what the country's policy toward Southeast Asia will be

Germany's federal elections this month are unlikely to dominate the headlines in Southeast Asia. But experts agree that the outcome of the vote will be important for the region nevertheless.

The German election marks the end of Merkel's 16 years as chancellor. Pundits think there is also a chance that the new government will be formed without Merkel's once-dominant alliance of the Christian Democratic Union (CDU) and its Bavarian sister party, the Christian Social Union (CSU), as part of the ruling coalition. Analysts think these factors could lead to a policy shakeup.

Jürgen Rüland, an expert on Southeast Asia at Germany's University of Freiburg, explained that during Merkel's 16 years in power, she visited China 12 times. According to Rüland, this pointed to Merkel's concern with maintaining good relations with Beijing, a key importer of German goods. Comparatively, Merkel visited Southeast Asia on three occasions during her chancellorship.

Additionally, Germany did not sign the Treaty of Amity and Cooperation, the key document on cooperation norms for the Association of Southeast Asian Nations (ASEAN) bloc, until November 2019, Rüland noted. This meant that the central European country only became a "development partner" of ASEAN three years ago.

"German interest in Southeast Asia was chiefly confined to economic relations — and to some extent, to development cooperation," Rüland added.

Under Merkel, Germany did however make moves to develop ties between the ASEAN bloc and the European Union.

The Nuremberg Declaration on an EU-ASEAN Enhanced Partnership was signed in March 2007, when Germany held the rotating presidency of the EU. Germany's tenure as EU president in the second half of 2020 saw further progress on that front, such as renewed dialogue over free trade agreements following the ratification of trade pacts with Singapore and Vietnam.

Later, in December 2020, ASEAN and the EU upgraded their ties to a "strategic partnership" — a development for which Brussels had lobbied for years.

This was a "core aim" of Germany during its tenure as EU president, said Alfred Gerstl, a specialist on Southeast Asia international relations at the Palacky University in the Czech Republic.

German Foreign Minister Heiko Maas, who took the lead in the final stages of talks, stated at the time: "Together, we represent more than a billion people and almost 25% of global economic power. Together, we have a strong voice in this world."

In September 2020, Berlin published its "Guidelines for the Indo-Pacific." While symbolically not named a "strategy," the guidelines cast uncharacteristic skepticism on China's rise and signaled a tip-toed turning by Berlin toward Southeast Asia. This, despite Germany's dependence on exports to Chinese markets.

"Without blaming China, Germany shares Southeast Asian concerns about Beijing's increasing assertiveness in and beyond the region," said Rüland.

"The guidelines explicitly endorse ASEAN centrality as a norm provider for the region, and the grouping's search for a peaceful accommodation of intensifying great power tensions in Southeast Asia," Rüland added.

In August 2021, Germany sent a frigate to the contested South China Sea as part of a freedom of navigation exercise. It was the first time Germany had sent a warship to the South China Sea since 2002, before Merkel's chancellorship.

Some experts believe that Germany is neither a tested geopolitical actor in Southeast Asia, nor does it boast the military prowess to take an active role in the region's security interests.

But others argue that Germany's nuanced brand of foreign policy and diplomatic language remains appealing to the Southeast Asian governments that now find themselves pincered in the US-China rivalry.

"The nuanced German entry into the Indo-Pacific is music to ASEAN's diplomatic ears," wrote Alan Chong and Frederick Kliem of the S. Rajaratnam School of International Studies in Singapore.

"It is perhaps no coincidence that Berlin's 'guidelines' describe something akin to an 'ASEAN Peace' dominating the Indo-Pacific, characterized mostly by domestic stability and almost nonexistent interstate 'hot wars,'" they said.

What's next for German-ASEAN relations, post-Merkel?

The latest opinion polls are giving the lead to the Social Democratic Party (SPD), the junior partner in Merkel's current coalition. Merkel's own party, the CDU/CSU alliance, has seen its popularity fade over recent months.

The Greens and the pro-business Free Democratic Party are also performing strongly. Given Germany's electoral rules, a ruling coalition is the likely outcome, although pundits are still debating its possible composition.

There could be some changes to German policy in Southeast Asia. But this depends on the composition of the new government post-election, said Gerstl of Palacky University.

"The more China-critical the new coalition government will be, the more ASEAN's strategic importance will rise for Germany," Gerstl said. He referred to a notable increase in anti-Beijing rhetoric by politicians across Germany's political spectrum over the past 12 months.

This would especially be the case if the Greens, the most China-critical party in Germany, joins a coalition government, which many analysts expect it will, Gerstl explained.

But due to the Greens' strong focus on a human rights-led foreign policy, Germany's relations with the likes of Vietnam and Myanmar could suffer as a result, Gerstl said.

Meanwhile, Rüland from the University of Freiburg expressed that the next German government may also move supply chains away from China; a trend being carried out by governments worldwide and exacerbated by the COVID-19 crisis.

"This may result in an increasing diversification of [German] foreign direct investments and a reallocation of production lines from China to Southeast Asia," Rüland said.

Despite these possibilities, continuity will likely be the word of the day, especially if Armin Laschet, the candidate for Merkel's Union alliance, becomes chancellor, Gerstl said.

As it looks likely that the SPD will stay in power, meaning Heiko Maas — Germany's current foreign minister — could remain in the post, providing yet more continuity, Gerstl added.

Analysts are united in believing that a major rethink in Berlin of Germany's foreign policy objectives in the Indo-Pacific appears unlikely. Most political voices in Berlin are content to continue a gradual evolution of mutually beneficial relations in regions like Southeast Asia.

"For Germans, Southeast Asia remains a remote region," said Rüland. "Developing expertise on the region is neither a priority for the country's universities nor its think tanks."