What does Anwar′s conviction mean for Malaysian democracy? | Asia| An in-depth look at news from across the continent | DW | 11.02.2015

Malaysia's highest court recently upheld a sodomy conviction against opposition leader Anwar Ibrahim in a case many decried as politically motivated. DW talks to Murray Hiebert on whether the criticism is well-founded. 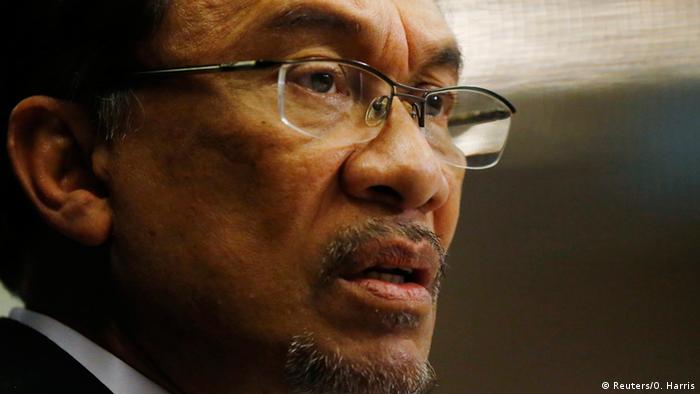 The Malaysian Federal Court affirmed the five-year jail sentence for sodomy on Tuesday, February 10, in a move likely to end Anwar's political career as the conviction not only bans him from politics five years after his release from prison, but also disqualifies the 67-year-old from contesting the next election that must be held by 2018. Chief Justice Arifin Zakaria said there was "overwhelming evidence" that Saiful Bukhari Azlan, Anwar's former aid, was sodomized.

The case against Anwar, who heads a three-party opposition alliance, triggered widespread criticism, with human rights groups saying that the case - which began in 2008 - was politically motivated.

In a DW interview, Murray Hiebert, a Malaysia expert at the Washington-based Center for Strategic and International Studies, says that given Anwar's rising popularity and his ability to rally the opposition, he became a direct challenge to the ruling party. The sodomy conviction leaves the opposition de facto without a strong leader. 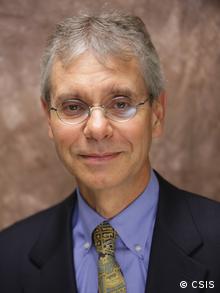 Hiebert: 'It is widely assumed that the ruling party wanted to get Anwar off the political stage'

DW: What is your view of the Malaysian Federal Court's decision to uphold the sodomy conviction against Anwar?

Murray Hiebert: It's pretty much a travesty of justice and an attempt to sideline an opposition politician who has been challenging the ruling party in recent years.

How important was Anwar for the Malaysian opposition?

Anwar was key to cobbling together a loose coalition of three disparate parties, including a conservative Islamic party and an ethnic Chinese slightly socialist party, into an opposition united front.

Over the years, Anwar effectively played the role of party leader. He certainly was its most charismatic leader and best public speaker at political rallies.

So where does Anwar's conviction and jail sentence leave the opposition?

In the short term, Anwar's conviction leaves the opposition without a strong de facto leader and spokesman. However, there are younger leaders emerging, including Anwar's daughter, who will eventually be able to carry Anwar's mantle.

Many have criticized the court ruling's as "politically motivated" and an attempt to silence the opposition leader. What are the reasons behind this?

Given that this was the second time Anwar was convicted of sodomy and that this second case dragged on for over six years, most observers have concluded the case is politically motivated.

In your view, is the Malaysian judiciary fair and objective when dealing with high-profile political cases such as this one?

It is widely assumed that judiciary knows what is expected of it in high-profile political cases. In this case, the opposition aide who accused Anwar of sodomy had a meeting with PM Najib Razak before he brought the case against Anwar.

This raises the question of why would the prime minister meet a young opposition worker in a normal criminal case. Moreover, Anwar's defense lawyers were able to cast doubt on the evidence presented in the case, but these doubts in the end were ignored by the judiciary.

What are the reasons for the intense rivalry between Anwar and the ruling party?

Anwar was a deputy prime minister and minister of finance at the height of the Asian financial crisis in 1998 when he had a falling out with then Prime Minister Mahathir Mohammad and was fired.

Tens of thousands have rallied against irregularities in polls, which they say stole a win from the Malaysian opposition in a close race with the ruling coalition. The opposition has pledged to fight the results. (08.05.2013)

When Anwar mounted giant protests against Mahathir, the prime minister had him arrested and charged with sodomy.

What are the consequences of this development for Malaysian democracy?

Anwar's sentencing plus the frequent use of the sedition law to punish the government's critics in recent months suggests that the increased level of democracy and space PM Najib promised when he took office in 2010 has been put on hold.

How is the conviction likely to impact PM Najib and his administration, both on a national and international level?

Nationally, the conviction will likely play well in conservative rural areas, but it likely will frustrate younger, more educated Malaysians in the urban areas who already voted against the ruling party in the last election. 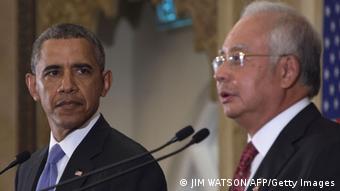 Internationally, this will be a blemish against Najib's government among democratic Western governments such as those in Europe and the United Sates.

The US administration had been talking about inviting Najib on an official visit to Washington this year when Malaysia chairs the 10-member Association of Southeast Asian Nations. We'll have to watch whether President Barack Obama still agrees to host him.