A Japanese "serial killer" apparently preyed on lonely individuals, some of whom were considering suicide. The case has raised questions about how people become disconnected from society. Julian Ryall reports from Tokyo. 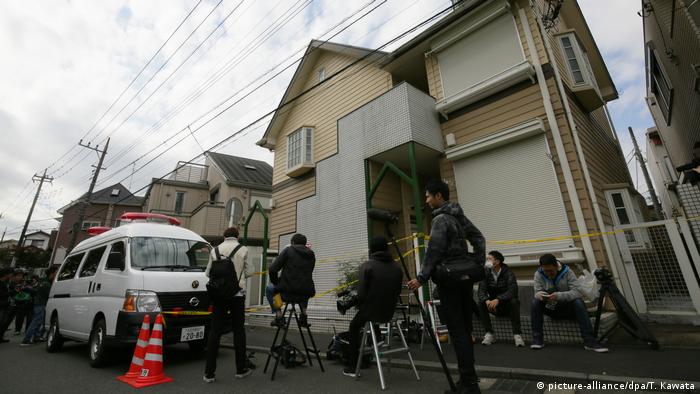 The discovery of nine dismembered bodies in the suburban apartment of a 27-year-old man has inevitably dominated Japanese headlines in recent days, with analysts and commentators appearing on television and in print to ask just how such a horrific series of crimes could have been committed in a modern society.

There have been no answers that immediately satisfy the question why Takahiro Shiraishi apparently convinced eight women and a man to return to his one-room flat in Zama, west of Tokyo, where he has confessed to killing them and cutting up their bodies with a handsaw in the bath.

And while commentators might wring their hands over the state of Japanese society, others point out that while the case is undoubtedly horrific, mass killings are most certainly not a uniquely Japanese problem. Indeed, they point out, Japan's annual murder rate is 3.97 per million people, putting it in 111th place in the world murder league. The United States, in comparison, has a murder rate of 42.01 per million people, placing it 43rd in the world.

He only moved into the apartment on August 22 and seemingly embarked upon his killing spree immediately.

Shiraishi has told investigators that he made contact with people through social media sites and web pages, seemingly targeting lonely people who had expressed dissatisfaction with their lives and a desire to commit suicide.

Police were able to track Shiraishi down after the brother of one of his female victims reported her disappearance. Security footage from October 23 showed the suspect at a nearby station and later close to his home.

According to police, the woman posted a message on a social media website three days previously saying she was "looking for someone who will die with me." The message added that she wanted to die, but was "scared of dying alone."

In his reply, Shiraishi had said he would die with her.

Instead, he has admitted to assaulting some of the women with the intent of raping them as well as stealing money before killing them. 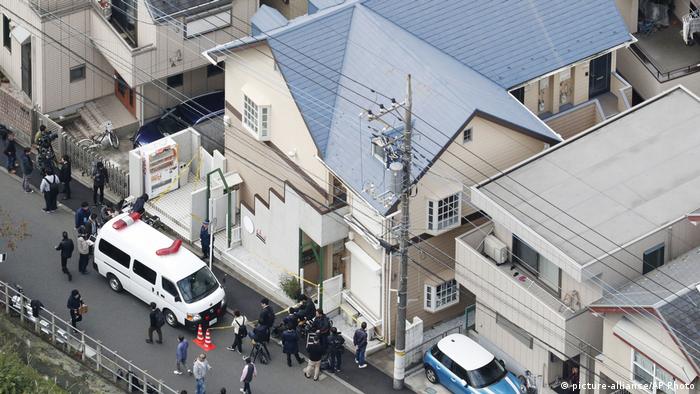 A sense of disconnection

When police searched the apartment, they discovered the remains of nine people, with dismembered limbs and heads stored in cold-storage containers and tool boxes. Some of the corpses had already been reduced to bones, while Shiraishi said he disposed some of the victims' internal organs in the communal trash.

Police are hoping to be able to use DNA to identify the victims, although they admit it might be difficult to put names to all the bodies.

"There is obviously a lot of speculation going around, but it is just impossible to know what was going through this man's mind," said Makoto Watanabe, an associate professor of communications and media at Hokkaido Bunkyo University.

"But I do get the impression that a lot of young people today are sort of floating in society, a society in which information is exchanged virtually rather than in person and people have become increasingly disconnected from each other," he told DW.

"Instead of being more connected, it is ironic that people today feel more isolated than ever before," he suggested.

"There are a lot of Japanese who are looking for their own place in this society or their community, but never find it and the only way they can express their own identity is through committing suicide," he said. "And this man seems to have preyed on that weakness, by listening to them and then offering to die with them."

"I imagine the victims felt relief when they found a person similar to them," he said. "And that makes the fact that this man took advantage of their weaknesses to slaughter them even more horrific."

Mass killings are relatively rare in Japan, although they always provoke expressions of shock when they do occur.

In July 2016, a former employee of a care facility for mentally impaired people killed 19 people in a stabbing spree, insisting even after his arrest that they were a burden on society. In 2008, 25-year old Tomohiro Kato rammed his van into a crowd of pedestrians in the Akihabara district of Tokyo and then started stabbing the survivors, killing six.

Chisako Kakehi is still on trial for the alleged killing of three former boyfriends and, at the age of 70, has been dubbed Japan's "Black Widow." Similarly, Masumi Hayashi is appealing a death sentence handed down after she was found guilty of lacing curry at a community festival in Wakayama Prefecture with arsenic in 1998, killing four people.

And while the latest case is genuinely horrific, says Tom Gill, a professor of anthropology at Tokyo's Meiji Gakuin University, it would be wrong to use the example to suggest that Japan is more violent or murder-prone than any other country in the world.

"If you compare similar incidents in other countries over time, my strong hunch is that Japan is probably no different or worse than cases elsewhere in the world," he told DW, pointing to the case of Fred West, who committed at least 12 murders in the UK between 1967 and 1987, or the more recent shooting by Stephen Paddock in Las Vegas that claimed 58 lives.

"Every now and again, some murderous lunatic emerges in every society and it would be wrong to suggest that in some way reflects that culture," he added.