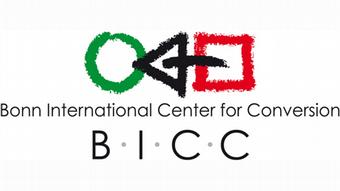 Shortly after the political upheavals in Arab countries, a debate about the delivery of Western surveillance technologies to the affected region began. For years, European and North American companies have supplied states such as Tunisia, Egypt, Libya, Bahrain and Syria with the technological infrastructure needed to filter the Internet, block websites, monitor e-mail traffic, and tap and locate mobile phones. Among the suppliers are large telecommunications groups, such as Nokia, Siemens and Ericsson, as well as a good number of medium-sized companies that have specialized in programming spyware. Some of these smaller companies have in the meantime been bought by the defense industry. Indeed, the delivery of such technologies to repressive and authoritarian regimes is potentially no less problematic than the export of assault rifles or battle tanks. Surveillance technologies play a decisive role when it comes to locating, arresting, torturing and even murdering alleged dissidents.

At the same time, the U.S. administration has been pursuing the concept of “ungoverned spaces” since the 9/11 terrorist attacks. To construct ungoverned spaces, sharply delineated borders are established, the transgression of which can invisibly turn a person into a suspect and potential actor of violence. Such people are subject to state involvement that can range from increased monitoring to even the application of violence. Political spaces of the state of emergency are identified, categorized and defined, which legitimate actions considered to be a challenge to valid regulations. This, for instance, applies to cyberspace as much as it does to remote areas in Somalia or Afghanistan.

Against this backdrop, the workshop will discuss the following questions:
· The case of Egypt: Social media and online journalism under attack. How state authorities misuse the Internet to intimidate and suppress the opposition.
· How do surveillance technologies work? (Examples from Egypt)
· Cyberspace as “ungoverned space”: What is the logic behind this concept and what are its consequences?
· Challenges in export control: How to implement a comprehensive and institutionally supported set of rules and regulations governing the export of security and surveillance technologies that have the potential to compromise human rights?