Though Serbia has strong ties with Western Europe, most Serbs consider Russia to be their closest partner. That’s because of the narrative peddled by Kremlin-funded outlets like Sputnik, which dominate the airwaves. 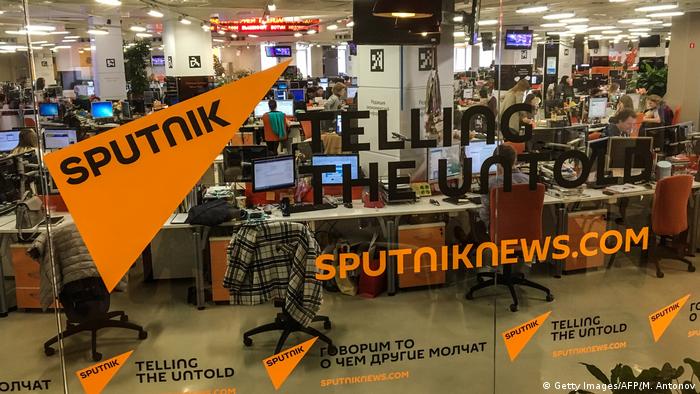 Sputnik, which is funded by the Kremlin, broadcasts back-to-back news bulletins in Serbian

The majority of Serbs believe that Russia and China are their country's most important economic partners. In reality, however, Serbia conducts more than two-thirds of its foreign trade with the European Union. Western Europe also accounts for the bulk of foreign investment in Serbia.

Hundreds of thousands of Serbs work, study and live in EU countries, but very few in Russia or China. Despite that, many Serbian citizens see Moscow and Beijing as their country's closest friends while they often expect nothing positive from the EU. What explains this gap between Serbia's affinity with Russia and the reality of its ties with Moscow?

The answer lies in the influence wielded by Russian state media on the Serbian press landscape and, beyond it, on public opinion not only in Serbia but in the entire Western Balkans region. In particular, the Serbian edition of the Kremlin-funded news portal and radio station, Sputnik depicts an image of world affairs that has little to do with reality.

According to Sputnik, Western Europe and the US are doomed and in decline while countries like Russia and China are gaining ever more influence worldwide. Russia's global news outlet is convinced it's because the social and economic systems in these countries are vastly superior to those in the West.

For years, Sputnik has been broadcasting this view of the world  and it's simply adopted by many Serbian newsrooms without any context or explanation. Many news outlets in Serbia, like in other places, are plagued by a chronic lack of funds.

That's another reason the free Sputnik reports in Serbian are highly welcome. Gradually, these reports are creating an image of the world among citizens that is more virtual than real.

Many politicians in the Western Balkans like what they see from Russian state media. In addition to Sputnik, that includes RT, which until 2009 was called Russia Today. That's because the social and political value system presented by the broadcasters

corresponds to their own political ideals: that of the state, led by powerful top politicians, playing a dominant role in all sectors.

'Putin System' an alternative to the crisis of the West

On the other hand, Russian state media paint a bleak image of Western countries. Capitalism is on the verge of collapse, they say. The stock markets are heading for a crash. Broad sections of the population are impoverished. The majority of citizens have lost faith in the Western system and in its politicians and media.

As against that, Russian state outlets say the economies of Russia and China are booming and happy and prosperous societies have been created there. Thus, the people are grateful to their top political leaders.

The constant bombardment of these images and narratives driven by the Russian press has led the Serbian media to report overwhelmingly negatively about the US and the EU over the past year. Russia and China, on the other hand, are praised to the skies with positive reports. There are hardly any critical reports.

Another constantly recurring theme in Sputnik bulletins is that Serbia can only expect bad things from the EU and the US. As a result, front-page stories regularly appear in the tabloids reporting on alleged efforts by the West to oust Serbian President Vucic.

But why should the West want to replace Vucic, when both Brussels and Washington see him as the most important partner in carrying out reforms in Serbia and the Western Balkans region?

The Sputnik formula is clear: There is no separation between news and opinion, sources are used very selectively and there is no attempt to gather detailed information. Rather, the reporting is intended to document and prove that Moscow's view of the world is the right one. 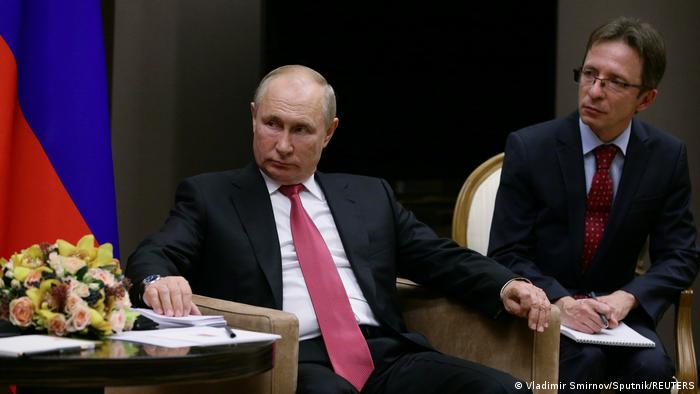 Under President Putin, in recent years, Russia has become ever more visible in the Balkans

In addition, Russia is fueling national disputes on the Balkan peninsula with Sputnik firmly on the side of the Serbs. For many years, Russia has sought to prevent the integration of the Balkans into Euro-Atlantic structures. After having suffered defeats with the NATO accessions of Montenegro and North Macedonia, Moscow is now focusing its efforts on Serbia and the Serbs in Bosnia and Herzegovina.

Although the EU supports Serbia and the other Western Balkan countries with many billions of euros and is present in the region through an army of diplomats and experts, it has almost nothing to counter the powerful Russian propaganda machine.

If in the future, Brussels continues to do nothing to raise awareness in Serbia of its own achievements and to underline the advantages of aligning with the West, the EU will be fighting a losing battle. With its arsenal of soft power information tools, Moscow has long won over the hearts of the Serbs.

Thomas Brey was a Balkans correspondent for the German press agency dpa for many years. He now teaches at German universities on the problems in southeastern Europe. In August 2021, his study "Russian Media in the Balkans" was published in German and Serbian.

While Angela Merkel underscored her support of Serbia and other Western Balkan states joining the European Union, the outgoing German leader admitted a challenging road lay ahead.