West still cautious about dialogue with Islamists | World| Breaking news and perspectives from around the globe | DW | 22.03.2013

Islamist political parties are the winners of the Arab Spring, but the West is uncertain over how to deal with the Islamists. Should the more radical elements gain in influence, a dialogue will become ever more fraught. 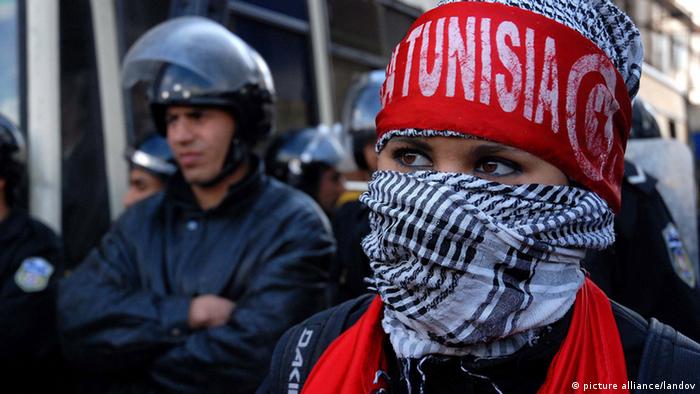 "It is not easy to explain to people in the West why yesterday's terrorists should be our partners today," says Mathieu Guidere, Professor for Islam studies at the University of Toulouse. After the 9/11 attacks, the West often was quick to call any Islamist a terrorist. Today, though, there are many countries in the Middle East where they are part of the government.

In the elections in the aftermath of the Arab Spring, Islamist parties rose to power - for instance Ennahda in Tunisa, the Eygptian Party for Peace and Justice or the Party for Justice and Development in Morocco. More radical Salafist movements have also gained in influence.

It's a "victory march of the Islamists," Michael Bröning of Germany's Friedrich Ebert foundation told parliament recently. It's a topic that keeps politicians in Berlin busy: some two years after the initial demonstrations in Tunisia, Western governments are still struggling in their response to the new Islamist forces in power. 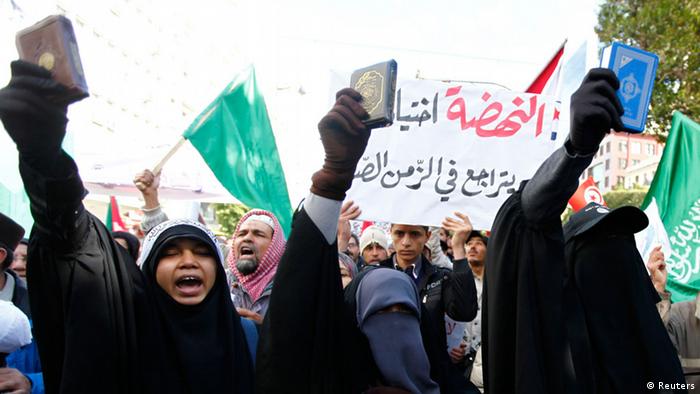 "No alternative to dialogue"

"The Islamists will remain in power," believes Egyptian political scientist Hoda Salah of Berlin's Free University. "Their strength lies in the weakness of the opposition." The opposition is poorly organized and above all lacks adequate financial means which is why Salah is convinced that there is no alternative to dialogue with the Islamists.

Bröning sees things in a similar light. After the election victory in Gaza in 2006, the West isolated Hamas. That, however, proved to be counterproductive as it made any negotiations between Israel and the Palestinians significantly more difficult.

But now, says Bröning, the time has come to reach out to Islamist politicians and demand that they explain their positions on issues such as women's rights, the role of minorities, or the economy. Salafists, for instance, want a strict interpretation of Sharia the way it was practiced in the 7th century. 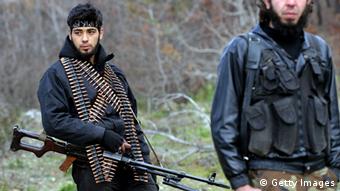 The more moderate Muslim Brotherhood, though, is open for compromise and a more modern interpretation of Islamic law. Over the coming weeks and months there will be a struggle within the Brotherhood over whether the moderates or the radicals within the party gain the upper hand, predicts Bröning.

It remains to be seen whether the Islamists will indeed agree to a dialogue. "The West has supported authoritarian regimes for over 50 years," Guidere told DW. "People now ask themselves whether the West really is the right partner for them. According to Guidere, Salafists or some of the more radical Muslim Brotherhood will most likely turn to countries like China, given their similar approach on human rights issues or individual freedoms.

Hoda Salah is concerned that the radical elements could gain the upper hand. In Egypt a considerable number of moderate members of the Muslim Brotherhood have already left the party. Those who left, says Salah, were mostly from the urbanized elite, while now it is "the rural elite that holds the power within the party." Ties between the Salafists and the Muslim Brotherhood are becoming increasingly fraught.

Guidere is also concerned about the prospect of violent clashes between Salafists and the Muslim Brotherhood. Hundreds of jihadist fighters have poured into Syria to fight alongside the rebels. Others have joined al Qaeda in Mali and it's possible they might turn even against an Islamist government should they deem it to be too moderate. "This will be a huge challenge for Islamist governments as well as the West," says Guidere.

After the foiled attack on the head of the right-wing movement "pro NRW," Salafists are back in the spotlight. Experts warn against hasty judgments and lumping Salafists and terrorists together. (17.03.2013)

In a project funded by Germany, a team of young Egyptians in Cairo is trying to boost civil participation and create political awareness without subscribing to any particular ideology. (18.03.2013)

German Defense Minister Thomas de Maiziere has underlined Berlin's commitment to help re-establish stability in Mali. The minister spoke on a visit to the country, where Bundeswehr troops are to arrive soon. (19.03.2013)