A 20-year-old man was reportedly killed amid violent clashes between Palestinians and Israeli settlers. Tensions also escalated with Israeli airstrikes in Gaza Strip. 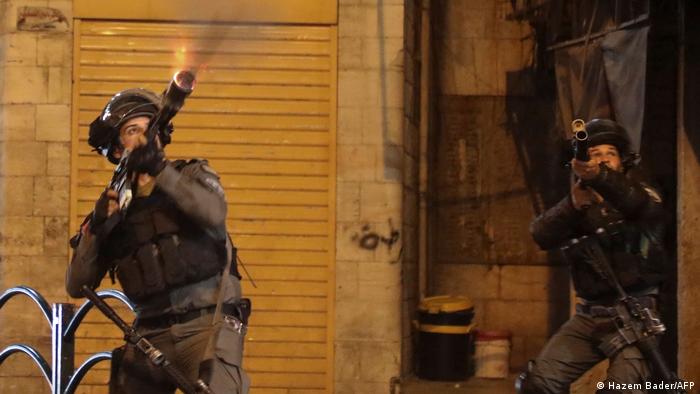 A 20-year-old Palestinian man was killed by Israeli forces in the West Bank on Saturday, according to local authorities.

The Palestinian Health Ministry said the young man was from the village of Qusra, which is located near the major city of Nablus.

The Israeli military said the Palestinian man threw an explosive device at them from a rooftop and that soldiers shot at him in response.

The military said there was a "violent confrontation" between Israeli settlers and Palestinians next to Qusra, with both sides reportedly throwing rocks at each other.

Palestinians frequently demonstrate against the expansion of Israeli settlements in the West Bank, which have been deemed illegal under international law.

The clashes on Friday come after the Israeli cabinet under Prime Minister Naftali Bennett forced Jewish settlers to leave the Eviatar settlement, which is located near Nablus. The settlement's buildings and infrastructure will be transformed into an Israeli military base.

The Israeli military claims the strikes were in response to incendiary balloons coming from Gaza. These balloons have previously caused massive fires on Israeli territory.

The Israeli military and Hamas in Gaza fought an 11-day war in May, which left over 250 Palestinians dead and 13 in Israel. A fragile Egypt-brokered ceasefire on May 21 ended the fighting.