This German-language issue of DW's magazine Weltzeit looks at the impact of a diverse group of women pioneers and visionaries who are taking a stand. 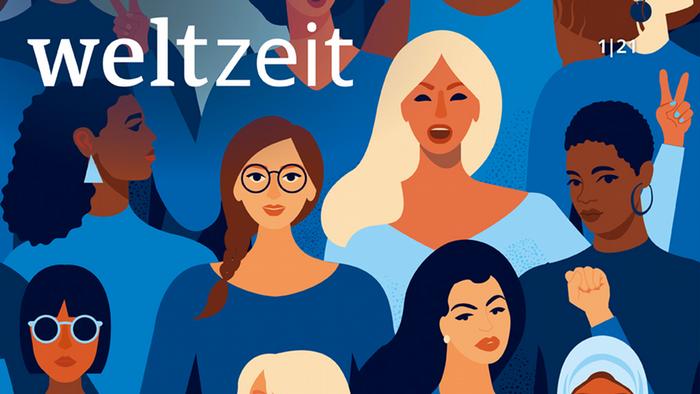 Strong, smart, self-confident women can be found in many of DW's programs. But equality between women and men is still a long way off. Women often have less access to education or health care - and often times, they are still paid less for the same work. They are also more affected by poverty.

With the digital era, women are also facing new challenges such as hatred on the Internet, which is directed primarily at women politicians, activists and journalists. Discrimination is part of everyday life for many women around the world.

In the new edition of Weltzeit, we share interviews and reports on courage and determination, entrepreneurship and the fight against female genital mutilation. 74-year-old protest icon Nina Baginskaya from Belarus makes it clear that it is never too late to fight back against the prevailing patterns. And: the women behind the #MeToo movement in the Balkans are finally being heard.

We hope you enjoy reading the German edition ofWeltzeit.

Breaking barriers as a woman in India

India: Going beyond the headlines

Read the last issue of Weltzeit in English

This English-language issue of DW's magazine Weltzeit explores the impact of the pandemic on media and society, and the role of a well-informed public in fighting global injustices such as racism and repression.