Weasel Squad on Standby for Greek Mission | News and current affairs from Germany and around the world | DW | 27.04.2005

A Greek island suffering under the heel of a brutal invasion could be the first mission for a yet untried regiment of German Special Forces. 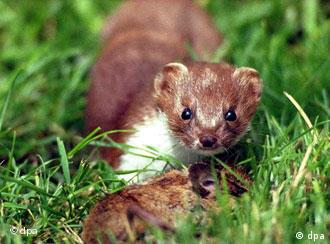 A crack German weasel in training for "Operation: Kill Bugs"

The inhabitants of the island of Lemnos, which has been under siege for some time, are considering sending out a distress call for the crack German troops in a bid to end the occupation which is threatening their livelihoods.

In an operation which could well be code-named "Kill Bugs", German weasels could be flown in to rid the island of a plague of wild rabbits.

"There are thousands of them," Lemnos deputy prefect Thodoris Baveas told AFP recently. "Just by driving at night you can hit a couple each time, there's that many."

Crops at risk from floppy-eared horde

Farmers on the island have been campaigning in vain for a solution which would help overcome the usurpers which have destroyed thousands of hectares of wheat and vines according to local officials. 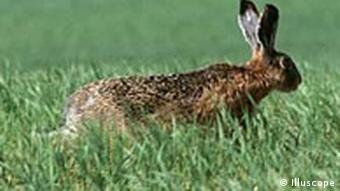 Landowners have claimed that over 2,000 hectares (4,800 acres) of planted crops have been lost to the bunny scourge that is sweeping the idyllic island and want something done about it before the whole of Lemnos is laid to waste by the rodent army.

The trouble is, government restrictions on hunting are preventing the farmers from fighting back. Local officials have pleaded for the ban to be lifted and for night-time hunts, which are banned in Greece, to be allowed. The cull would have to take place under cover of darkness as the rabbits stay hidden during daytime. As yet, there has been no change of law and the rabbit rabble continues to run riot.

The hunting solution has also come under fire from the Greek branch of the World Wildlife Fund for Nature (WWF) which reacted cautiously to the plea, arguing that lifting the ban could encourage attacks on other types of game on the island.

Enter the Weasel Squad…or at least this is where they would enter if they weren't just so expensive to hire. "I've heard that each one costs about 4,400 euros ($5706)," Baveas sighed. "We would need at least 10 weasels," he dejectedly added.

Hanover Apartment Taken Over by Rats

A mother and her 10-year-old daughter lived several months in a filthy two-room apartment in the company of more than 100 rats, said German police on Monday. (March 24, 2005)

Rabbits are not normally thought of as being in danger of extinction, but according to German animal conservation experts, the country's bunny population is seriously at risk. (March 5, 2004)