The Green Climate Fund has secured $9.8 billion in funding from 27 countries to help developing countries tackle climate change. The US and Australia were criticized for not contributing to the fund. 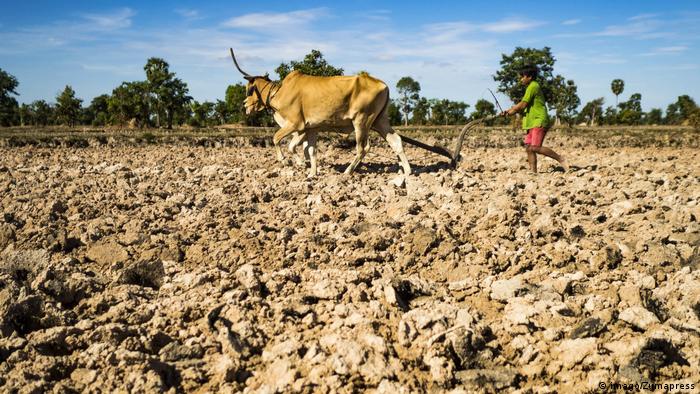 Twenty-seven countries announced the contributions to the Green Climate Fund following a two-day conference in Paris.

The United States received criticism for refusing to pay into the fund, which President Donald Trump had previously decided to stop contributing to altogether. Australia also declined to contribute.

The US "have turned their backs on the world's poorest and have once again isolated themselves in global efforts to respond to the climate emergency," said the Climate Action Network, a collective of NGOs, in a statement. The group also blasted Canada, the Netherlands, Portugal, Luxembourg, New Zealand, Austria and Belgium for "failing to deliver their fair share."

The Climate Action Network is made up of more than 1,300 NGOs worldwide.

Yannick Glemarec, the executive director of the Green Climate Fund, which coordinates the funding, saw the increased contributions as positive — although the fund still falls short of the amount needed to meet its global goals.

"We will most likely be able to find additional resources" before the United Nations' annual climate conference, which will be held in December in Santiago, Chile, Glemarec said.

The South Korea-based fund provides money to help developing countries reduce their emissions and deal with the impacts of climate change.

It has nearly exhausted $7 billion (€6.4 billion), which it received five years ago.

Governments are not keeping their promises when it comes to funding climate protection and everyone will suffer for it. The problem comes down to a lack of "strong leadership," UN chief Antonio Guterres has said. (27.09.2018)