A watchdog has said the White House violated federal law by withholding aid intended for Ukraine. It comes as Ukraine announced an investigation into possible illegal surveillance of former US Ambassador Yovanovitch. 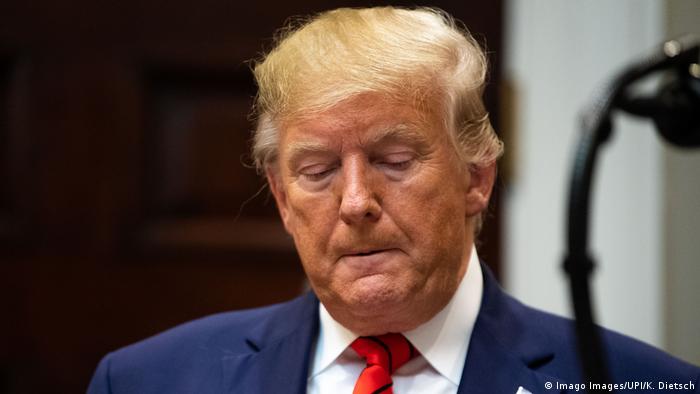 The federal watchdog's report is another blow for President Donald Trump, who was impeached last month and faces a Senate trial that could oust him from office.

The impeachment charges were for abuse of power over the freezing of Ukrainian military aid as Trump sought compromising information on the son of his Democratic rival Joe Biden. Biden's son Hunter sat on the board of Ukrainian energy firm Burisma.

"Faithful execution of the law does not permit the president to substitute his own policy priorities for those that Congress has enacted into law," the GAO, a nonpartisan body of the legislative branch, said in a statement, noting that lawmakers legally appropriated $250 million for Ukraine in the fiscal year 2019.

House Speaker Nancy Pelosi reacted to the news, saying: "The OMB, the White House, the administration ... broke the law."

"This reinforces, again, the need for documents and eyewitnesses in the Senate," she added.

The Senate will be holding the president's impeachment trial. Republican Senate leaders have been waffling over whether or not to allow both sides to call witnesses.

Also on Thursday, Ukraine's Interior Ministry announced that it was opening an investigation into a cyberattack against Burisma by Russian military hackers, as well as alleged illegal surveillance of former US Ambassador Marie Yovanovitch. The FBI was asked to assist in the investigation.

Both Burisma and Yovanovitch are at the center of a scandal involving Trump's personal lawyer Rudy Giuliani and his associate Lev Parnas.

The Interior Ministry, which runs the country's police forces, emphasized that it is "not interfering in the internal political affairs of the United States,'' but that certain documents that have come to light in Trump's impeachment proceedings "contain facts of possible violations of Ukrainian law and of the Vienna Convention on diplomatic relations, which protect the rights of diplomats on the territory of another state."

"Our goal is to investigate whether there actually was a violation of Ukrainian and international law, which could be the subject for proper reaction. Or whether it is just bravado and fake information in the informal conversation between two US citizens,'' the ministry said, referring to Parnas' communications about the possible removal of Yovanovitch.

Giuliani and Parnas have been accused of trying to have Yovanovitch removed for allegedly undermining attempts to pressure Ukrainian President Volodymyr Zelenskiy to investigate Hunter Biden.

Burisma was also the subject of a recent hacking attack, which both a California-based cybersecurity firm and the Ukrainian government have said was linked to Russia's Main Directorate of Military Intelligence, known as the GRU.

The historic trial marks only the third such proceeding in US history. President Trump is charged with abuse of power and contempt of Congress. (16.01.2020)

Authorities took electronic devices from the home of Rudy Giuliani, US media reported. The raid was part of a probe into the former lawyer of Donald Trump.