In a scathing report, dozens of former employees of Washington’s NFL team accused top brass of abuse and harassment. The team has been heavily criticized in recent years on everything from their name to the team culture. 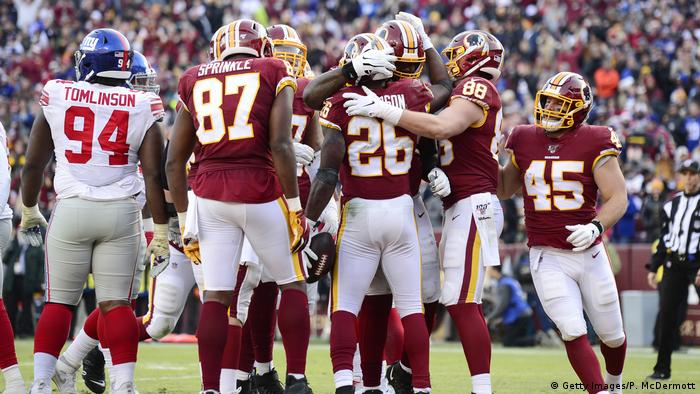 Fifteen women have accused the local football team in the US capital Washington D.C. of sexual harassment and workplace abuse during their tenure, according to the Washington Post.

A report published Thursday detailed dozens of instances of alleged sexual harassment against the team formerly known as the Washington Redskins.

They include women being told to wear revealing clothing and flirt with suite owners, a radio announcer routinely using sexual comments to describe female employees and the team COO calling a female employee "f*cking stupid" and demanded she wear a tight dress "so the men in the room have something to look at."

Team owner Daniel Snyder was not accused of harassing the women who came forward. But several former employees said the overall culture created an environment that did not punish misconduct. He was accused of belittling top team officials, including mocking Greene for being a male cheerleader while in college.

It is not the first time that the team has been accused of sexual misconduct.

A 2018 report by the New York Times said team cheerleaders had their passports confiscated during a calendar photoshoot in Costa Rica.

Some were forced to pose topless or wear nothing but body paint during the shoot in front of team sponsors and stadium suite ticket holders.

The team has undergone several changes in recent months, including a new head coach and removing the team name "Redskins" earlier this week after decades of backlash against what has been considered a racist name. A new name has not been announced.

The British socialite plead not guilty during a video court hearing. She was arrested on July 2 on suspicion of aiding and abetting the late financier, Jeffrey Epstein, in his sexual abuse of young girls. (14.07.2020)

Two and a half years after multiple instances of sexual misconduct came to light, a court in New York has sentenced the former film mogul Harvey Weinstein to 23 years. The revelations had triggered the #MeToo movement. (11.03.2020)