Was Sebastian Rudy a bad buy for Schalke?

Sebastian Rudy was supposed to bring defensive stability and tactical nous to Schalke, but this season he has spent much of his time on the bench. The club's hierarchy may be losing their patience. 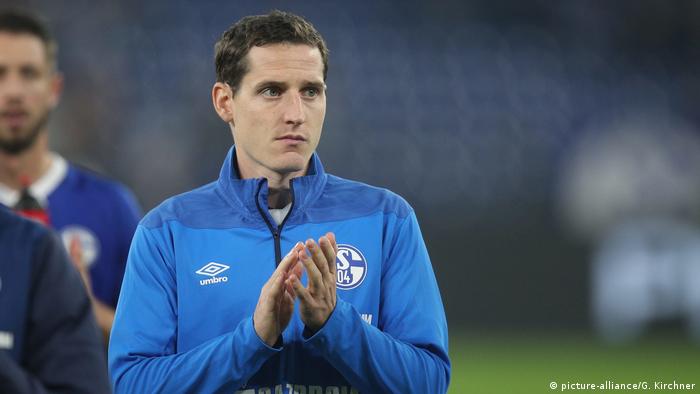 Nothing seems to be going well for Schalke this season, but one particularly disappointing aspect of the team's current predicament is Sebastian Rudy's underperformance.

His move to the Ruhr valley was supposed to fill the void left by the off-season departures of Leon Goretzka and Max Meyer. Coming from Bayern Munich and being a German international, Rudy was supposed to deliver the quality necessary to keep Schalke's success going, following their second-place finish in the Bundesliga last season.

Read more: Why Schalke and Sebastian Rudy are a perfect match

For €16 million ($18.6 million), Schalke were supposed to get more stability in the front of their defense. But Rudy was also seen as a player that could be instrumental in the offense.

Instead, he has only played in the first three of the last seven Bundesliga games. While Rudy featured in two out of three of Schalke's Champions League's appearances, he has not made the impact the club expected.

Schalke's problems go beyond their new signing's lack of spark. But the question does remain: What is going on with Rudy? Coach Domenico Tedesco has said that the 28-year-old is simply not fit.

Tedesco has shown patience toward Rudy and as recently as the eve of Schalke's clash with Werder Bremen last weekend, he said Rudy still "needed time to be 100 percent." He noted the midfielder had not played a full 90 minutes in four or five months.

Predictably, Rudy was on the bench for the Bremen game and the Royal Blues went on to lose.

Schalke have only scored 5 goals this season, and while it is evident that the forwards need to step it up, it is also apparent that the team urgently need Rudy's skills in building through the center of the park.

German newspaper Sport Bild reported on Wednesday that concern is building in the Royal Blues upper management over Rudy. Schalke's bosses are reportedly upset that he chose to participate in the Nations League games with the national team during last week's international break.

The complaint centers on the fact that Rudy could have used that time to focus and work on his form and fitness in a special training session.

To make matters worse, Rudy didn't even leave the bench for Germany in either game.

One can understand why the coaches wish he shared their urgency in getting back to form. Will the pressure on Rudy spread to the locker room? For the time being, it doesn't seem that way.

Schalke captain Ralf Fährmann shares Tedesco's patience with the struggling 28-year-old, not criticizing his decision during the international break, but noting only that the "change of scenery" with national team should be good for him mentally.

Read more: Catch 22: Is European football too much for some Bundesliga teams?

Looking ahead, Schalke are set face RB Leipzig on Matchday 9, a team that was also vying for Rudy's services during the summer transfer window. At the time, it seemed as if Schalke had snatched a valuable asset from Leipzig. Things now look very different

It is hard to say whether Rudy could come off the bench and if he did, whether he can turn his fate around.

But with the way things are going, the Red Bulls will go into the game with more confidence. They are doing fine without him and may even be thinking about the bullet they just dodged.

Domenico Tedesco's season has been endured rather than enjoyed so far, but in Europe there have been bright moments. His Schalke side came agonisingly close to providing another one in Turkey. (24.10.2018)

Opinion: It's time for Schalke to wake up before history repeats itself

For the second time in three years, Schalke have started a season with five straight defeats. The crisis talk after Matchday 2 was premature but it's not anymore. Schalke have issues to address, writes DW's Matt Ford. (26.09.2018)