The Virgin Mary on an underpass wall? The face of Jesus on a fish stick? True believers have pointed out such "miracles" in unlikely places, but religious authorities say to treat holy apparitions with skepticism. 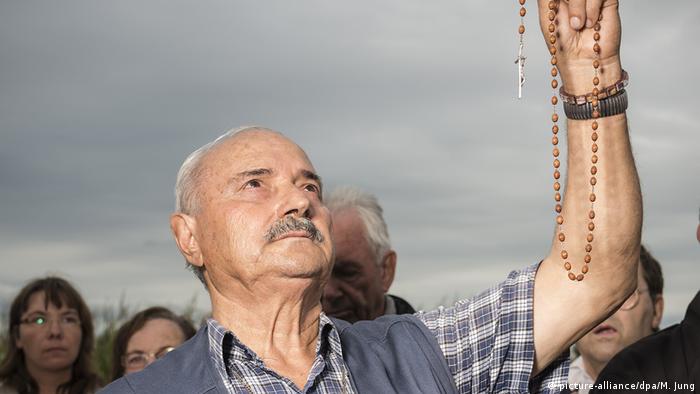 Pilgrims flocked to the Bavarian village of Unterflossing on Saturday to catch a glimpse of the Virgin Mary, whose 4:30 p.m. (1530 UTC) appearance had been foretold by the self-appointed prophet Salvatore Caputa. According to the Sicilian-born mystic, the mother of Christianity's central figure had already visited the private chapel of St. Laurentius in Unterflossing last September. Those in attendance said they sensed her presence by the strong smell of roses. 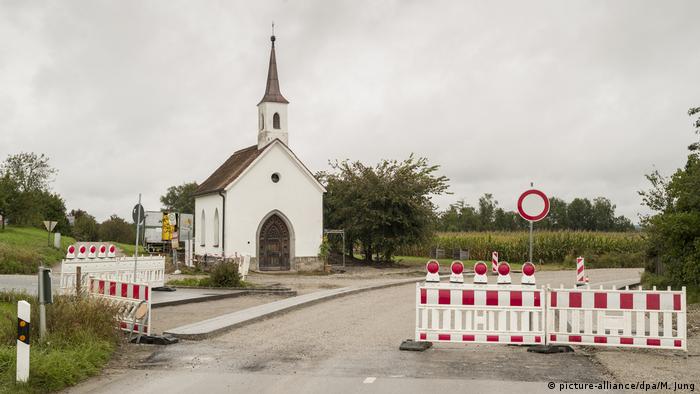 The St. Laurentius chapel is located near the Bavarian birthplace of Pope Benedict XVI

The owner of the chapel, Otto Masszi, told the media that one woman even saw the Holy Mother and described her brown hair and blue velvet robe.

The Catholic Church has advised its clergy to stay away from Saturday's event. 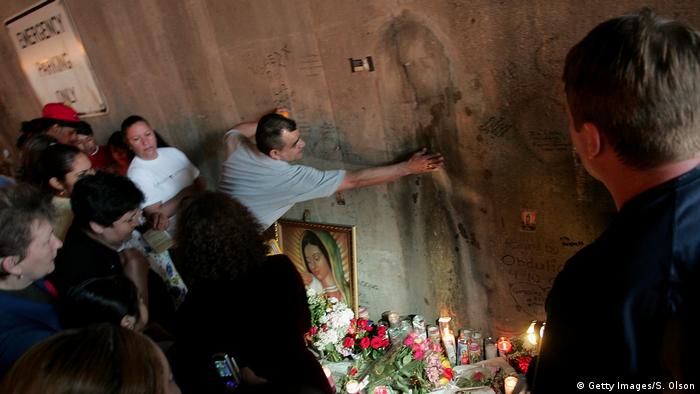 Even without the Vatican's approval, many Catholics across the world visit sites that they believe to be graced with mysterious powers. Under the impression that the Virgin Mary had appeared in a salt stain on the wall, thousands of pilgrims worshipped at an underpass in Chicago in 2005. From 1996 to 2004, hundreds of thousands of people flocked to a stained-glass window that some saw Mary's image in in Clearwater, Florida.

Only a handful of apparitions have been formally acknowledged by the Catholic Church's officials. Most notably, the Vatican claims that Mary appeared in Mexico in the 16th century; in Lourdes, France, in the 1800s; and in Fatima, Portugal, in 1917.

In recent years, many internet users have also reported seeing the face of the Virgin Mary or Jesus in more mundane objects — such as their food. Some shared pictures of sandwiches, ice cream, tortillas and even potato chips. In Ontario, Canada, Fred Whan said a fish stick he cooked in 2003 showed the likeness of Christ. 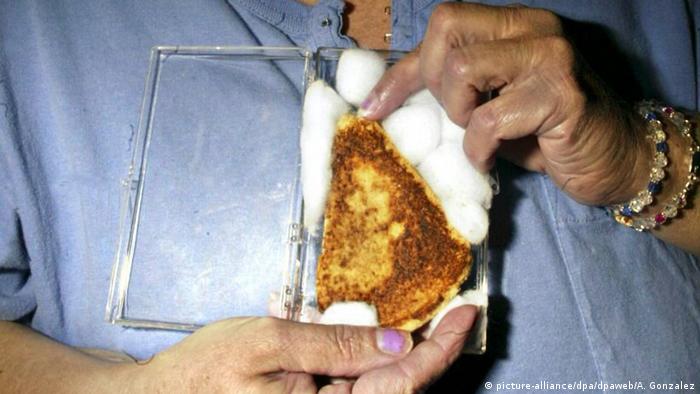 Similarly, the Florida resident Diana Duyser believed that a piece of bread she toasted in 1994 had the face of Virgin Mary on it. In 2004, she sold the slice to the online casino GoldenPalace for $28,000. 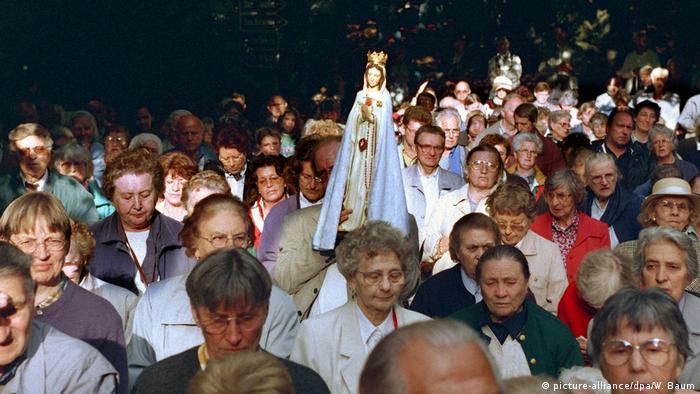 The Catholic Church has procedures to probe whether sightings of the Virgin Mary are genuine. The Vatican advises bishops to set up commissions in their dioceses that include clergypeople, psychologists and doctors to investigate such incidents. The commissions were created after multiple reports of sightings of the Virgin Mary in the German town of Marpingen in 1999. After a six-year investigation, church officials said there was "justified doubt" about the sightings' "supernatural character" and refused to officially confirm the apparitions.