Wary of China, US and EU forge alliance on technology | World | Breaking news and perspectives from around the globe | DW | 28.09.2021 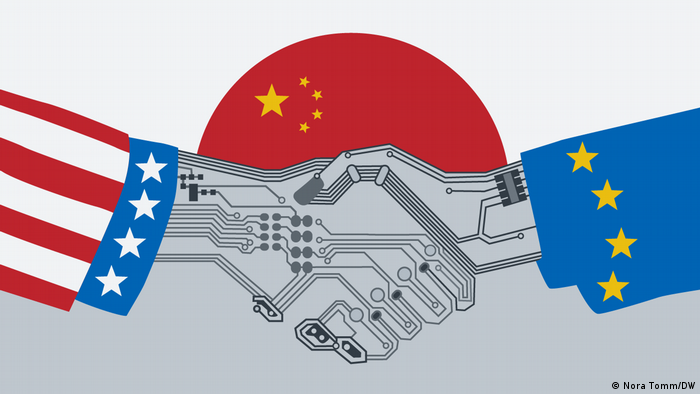 The chip crisis turned dire when the coronavirus hit. As demand for electronics was skyrocketing in the spring of 2020, manufacturers warned they were running short of semiconductors — key components needed to make devices from smartphones to cars.

They had good reasons: In the following months, the shortage forced factories to shut down assembly lines. Tech companies postponed product launches. Computers were delivered months too late.

Worried about the fallout, politicians from Washington D.C. to Berlin called up chip-manufacturing countries and asked them to help prioritize orders from their countries.

But there was only so much they could do: The chips, which are made by just a handful of firms, are notoriously hard to produce. And there just were not enough for everyone.

A year and a half later, the shortage persists — curtailing, for example, the production of new cars.

That is why manufacturing more chips in Europe and the US will be high up on the agenda when top US and EU officials gather on Wednesday in Pittsburgh for the first meeting of the "EU-US Trade and Technology Council" (TTC).

"We commit to building a US-EU partnership ... to design and produce the most powerful and resource-efficient semiconductors," the White House said in a statement.

Other discussions at the TTC will be about coming up with principles for artificial intelligence technology; how to boost cybersecurity in an increasingly unstable digital world; and how to push joint technology standards on the international stage.

Far from seeing eye to eye

The chip crisis was an eye-opening moment for policymakers on both sides of the Atlantic, illustrating how important access to technology has become for maintaining geopolitical dominance, according to conversations with US and EU officials involved in preparing the TTC meeting, who spoke on the condition of anonymity because the talks are confidential.

But finding common ground during the two-day meeting will not be easy.

Not only was the event overshadowed by news that the US had quietly negotiated a security agreement with Australia and the UK, wrecking a multi-billion-euro French submarine deal. 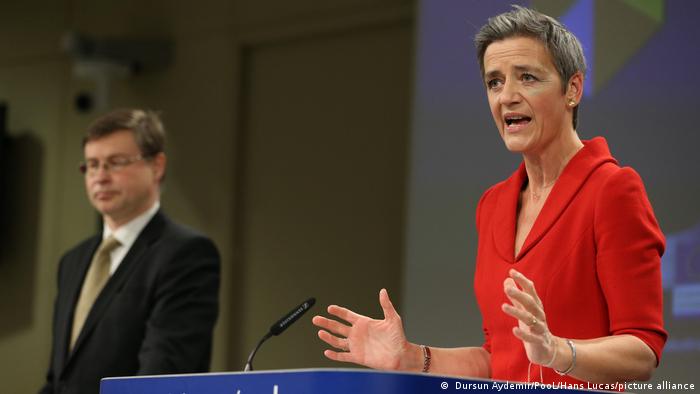 The US and the EU have been at loggerheads over how to regulate new technology for years.

While Brussels is pushing for tough rules, arguing they are needed to protect the fundamental rights of Europeans, Washington has mostly advocated a market-driven, hands-off approach, warning that too many rules could hamper innovation.

"But it does require political agreement — and so far, there has not been a great meeting of the minds."

The elephant in the negotiation room is how to deal with China.

In recent years, China's tech companies have grown into some of the biggest in the world. This has raised concerns in the US that Beijing could soon dominate certain sensitive technologies and use that as a strategic advantage — and it has prompted some observers to speak of a "New Cold War."

The Biden administration, encouraged by widespread support for a tough stance on Beijing back home, has painted the new TTC as a platform where the US and the EU can combine their economic and political might to counter China's ambitions.

EU officials, meanwhile, have been eager to stress that the new alliance should primarily be about working together, rather than targeting one particular country. The bloc has so far taken a less confrontational course on Beijing, not least because some of its 27 member countries have close economic ties with China and remain divided over how to deal with the country.

"Both sides feel a greater threat from China, and a greater need to work together," Mildner said, adding that this could set the TTC apart from previous trans-Atlantic efforts kicked off under George W. Bush or Barack Obama, which all started with similarly grand ambitions for trans-Atlantic cooperation — but eventually led nowhere.

"The world around us is just completely different from back then," Mildner said, "And China is one key reason for that."

How much can governments really do?

One of the areas where both sides hope to close ranks is that of producing semiconductors. Manufacturing the tiny chips is extremely complicated. It includes hundreds of steps, takes months to complete, and requires factories worth billions. 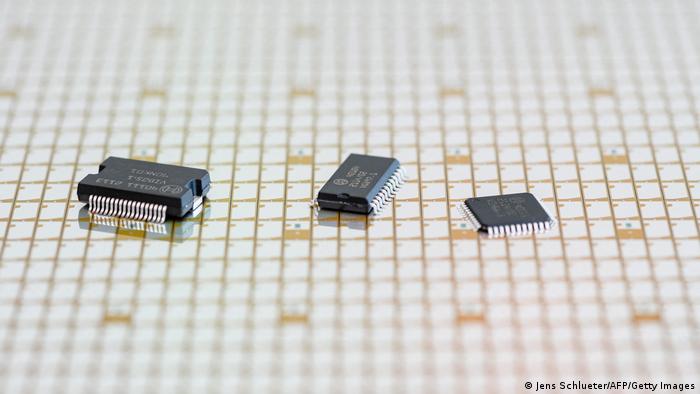 China has declared it a top national priority to soon run that entire production process on its own territory — something no country can currently do.

That is one of the reasons why US and European officials have been watching warily that Chinese-owned firms have been buying chip companies around the world.

At the TTC, officials will speak about how to deal with foreign investment in the semiconductors industry. They will also discuss how to coordinate their own plans for how the EU and the US can become less dependent on global supply chains.

And the US and EU should think about how to better collaborate in the research and development of new technology, said Jan-Peter Kleinhans, a semiconductor expert at think tank Stiftung Neue Verantwortung.

Kleinhans cautioned that when it comes to tackling the global chip crisis, there is only so much governments can do.

But Kleinhans added that more is needed to tackle the current shortage — such as making global supply chains more transparent or giving a halt to rising raw material prices that have exacerbated the crisis.

"That's something only companies can do," he said. "And that's why no one truly knows when we'll be out of this crisis."