War Crimes Suspect Arrested in Canaries | Europe | News and current affairs from around the continent | DW | 09.12.2005

Croatian general Ante Gotovina, a fugitive accused of war crimes in the former Yugoslavia, has been arrested at a luxury hotel in the Canary Islands. The arrest is seen as a boost for Zagreb's efforts to join the EU. 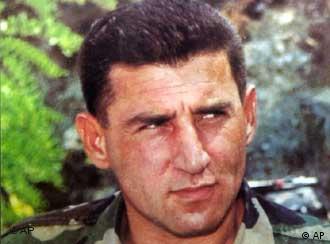 Chief prosecutor of the International Criminal Tribunal for the former Yugoslavia (ICTY), Carla Del Ponte announced the news of Gotovina's capture during a visit to Belgrade. "I have very good news, since Ante Gotovina was arrested last night in Spain," she said. 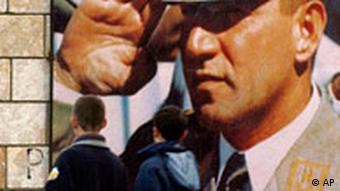 A poster with a portrait of a top war crimes suspect, Gotovina

Gotovina, who was using a fake Croatian passport in the name of Kirstian Horouat, was flown to the Spanish capital, Madrid, in a military aircraft, where he appeared before a judge at the city's national court for a brief hearing. He was remanded in custody to the Soto del Real prison north of Madrid, pending his transferal to The Hague in the Netherlands, which could be as early as Friday.

Four years on the run

Gotovina, once a soldier in the French Foreign Legion, had been on the run since mid-2001 when The Hague announced his indictment for war crimes committed against ethnic Serbs at the end of the 1991-1995 Serbo-Croatian conflict. He is accused of involvement in the deaths of about 150 Serb civilians during a Croatian offensive in 1995, and is one of the war crimes tribunal's three most-wanted fugitives. Radovan Karadzic, the political leader of the Serbs during Bosnia's 1992-1995 war, and his military chief, Ratko Mladic are still at large.

Croatian Prime Minister, Ivo Sanader, said the arrest endorsed the EU's decision to start accession talks in October following a seven month delay on the grounds that Brussels was dissatisfied with the level of Zagreb's cooperation in tracking down the ex-general. 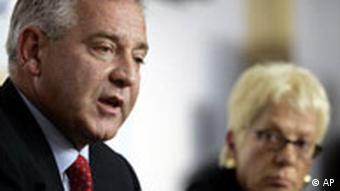 "It is the final confirmation of the credibility of Croatia and its state institutions," Croatian Prime Minister Ivo Sanader said. "Those who believed us when we were saying that Gotovina was not in Croatia today received the final and complete confirmation."

In September, the prosecutor for the International Criminal Tribunal for the Former Yugoslavia expressed frustration over Croatia's apparent inability to find and arrest the 50-year-old former general. Del Ponte told a British newspaper she suspected Gotovina, considered a war hero by many of his compatriots, was hiding in a Franciscan monastery in Croatia and that the Vatican could probably pinpoint his location easily. 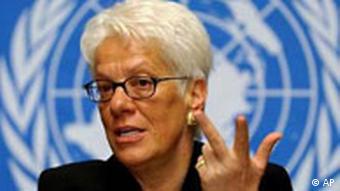 Speaking on Bosnian Serb television after the arrest on Thursday, the chairman of Bosnia's tripartite presidency, Ivo Miro Jovic said the arrest was an embarrassment for the chief war crimes prosecutor. "Will Del Ponte be ashamed at all after her statements, which inflicted great damage on the Roman Catholic Church, that Gotovina was hiding in monasteries here and in Croatia," he said.

But observers say the arrest strengthens Del Ponte's position, which was viewed as weakened after she approved Croatia's future EU membership before Gotovina had been arrested. It was seen as an indication of hope for Belgrade's EU bid even with Karadzic and Mladic on the

Six fugitives on the loose

Del Ponte said she now expected Karadzic and Mladic and the other fugitives to be arrested.. Of the 161 people indicted by the International Criminal Tribunal for the former Yugoslavia (ICTY), six remain at large. But Rasim Ljajic, Serbia-Montenegro's minister for human and minority rights, insists that Belgrade is in the dark as to the two main suspects' whereabouts.

"I do not expect Ratko Mladic or any other indictees still at large to go to The Hague by December 15," he said in reference to Del Ponte's December 14 deadline -- the 10th anniversary of the signing of the Dayton peace accords that ended Bosnia's war -- for 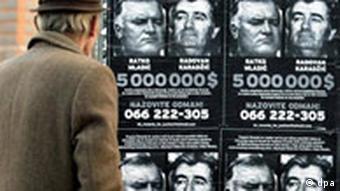 The war crimes court has charged Karadzic and Mladic with genocide and crimes against humanity, notably in relation to the 43-month siege of Sarajevo and massacre of more than 8,000 Muslim males in the eastern Bosnian enclave of Srebrenica in July 1995.

If Del Ponte decrees Belgrade is being obstructive, talks on eventual EU membership could be blocked.

Once a country torn by civil war, Croatia is on its way to becoming an EU member. Some experts say it could be welcomed into the fold in just two years' time -- and are already seeing positive effects for the region. (Oct. 10, 2005)

The Bosnian Serb government has drawn up a list of 19,473 former soldiers who operated in the region of Srebrenica at the time of the massacre there in 1995, officials said. (Oct. 5, 2005)