Security experts from 40 countries are meeting in the Saudi capital Riyadh this week to discuss ways to fight terrorism. 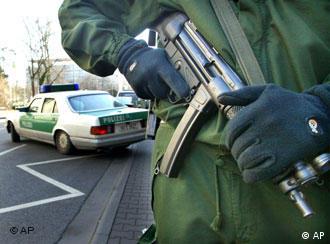 Under the strictest of security precautions, Saudi Crown Prince Abdullah opened the 4-day conference Saturday and said that the roots of terrorism do not lie in Saudi Arabia or in Islam. Instead, he added that as a repeated victim of terrorism, Saudi Arabia is a first front against the war against terror.

"Terrorism does not belong to any particular religion or political system," he said. "Our war against it is going to be long and difficult."

Other Saudi officials such as Sheik Saleh Abdel-Aziz al Sheikh, minister for religious affairs, said that Islam is not tolerant of terrorism. 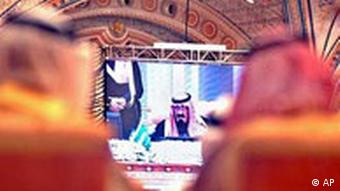 "Who injures or kills the innocent, who destroys property, these people show contempt for the basic principals of Islam," he said. "The Saudi government tries in many different ways to thwart such radicals, for example by forbidding radical sermons and issuing guidelines to religious leaders to act as ambassadors for peace, tolerance and dialogue."

That Osama bin Laden and 15 of the 19 perpetrators of the Sept. 11 attacks came from Saudi Arabia is mostly irrelevant, the hosts of the conference said. So long as they lived in the kingdom, they were not terrorists. Bin Laden's participation in fighting the Russians in Afghanistan had international consensus and it was then when he and his followers turned radical. Recognizing that 10 years ago, the Saudis revoked his citizenship.

During the conference, representatives of different countries met in small groups to discuss how to deal with specific aspects of terrorism. The delegation, which included members of the German foreign ministry, interior ministry and the federal criminal police office, debated with their Japanese, Turkish and Egyptian counterparts the "roots" of terrorism. 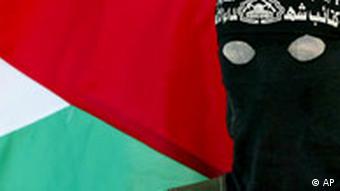 Finding a consensus about the formal definition of terrorism remained a problem: One person's terrorist is another's freedom fighter, for example regarding the conflicts in the Palestinian territories or in Kashmir.

They also talked about specific measures to defeat radicalism such as an Internet dialogue in which radicals can communicate anonymously with religious experts in the hope that the extremists will be brought back to the "right" path.

But Interpol chief Ronald Nobel warned that a weakness in the war against terrorism was the inability to communicate in Arabic.

"The most important clues of the support of terrorists can fall through the cracks," he said. He said that greater coordination with the Arabic-speaking countries was critical to fighting terrorism.

Fighting terrorism in Europe is as varied as the continent's cultures and legal systems. And that, say investigators, could become a major problem. (Nov. 22, 2004)

'There's No Conflict Between Islam and Democracy'

In an interview with Deutsche Welle, Prince Karim Aga Khan IV, the hereditary imam of Shiite Ismaili Muslims, argues that today's Middle Eastern terrorists are fueled by political motivations and not religion. (Sept. 12, 2004)

Germany's domestic intelligence service warns in its annual report that Islamic extremists and foreign terror groups pose the greatest danger to the country's security. (May 18, 2004)